Though I have written books, edited my own magazine, worked for prominent media, I am not a professional writer. Though I coached debate in New York City public schools, I am not a professional educator. Though I am completing a documentary about the importance of adult role models in raising inner city academic achievement, I am not a professional filmmaker. I am simply a middle-aged citizen journalist who is outraged at this country’s fall from educational excellence. As a Forbes contributor, I will target America’s growing and embarrassing ignorance of cultural and world affairs (and how it fosters the election of comically myopic representatives). I will highlight empirically effective solutions to our plummeting civics, math, science, and engineering knowledge. And I will call out political, business, religious, and educational leaders when they exhibit a breath-taking denial of facts (from global warming to evolution), as well as anyone who trucks in conspiratorial poppycock (e.g., 9/11 was an inside job). So, sit up straight. Our decades-long intellectual slumber party is about to end. I welcome intelligent feedback, stories, schemes, and support at [email protected] 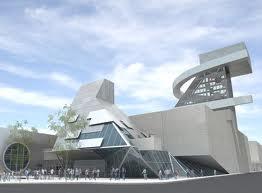 The headline news in yesterday’s L.A. Times was that the Department of Education settled its civil rights enforcement action against the Los Angeles Unified School District (LAUSD). The Education Department claimed that LAUSD institutionally discriminated against black and Latino high school students in the teaching of English. According to the L.A. Times, the main warrant that the Department used to explain why black and Latino students do not learn English at remotely near the proficiency of other ethnic groups is “disparities in technology or library resources.”

However, nowhere in the Education Department’s Office for Civil Rights complaint against the LAUSD is there any empirical evidence of a direct link between the LAUSD’s alleged sins of omission and the abysmal English-learning rates of blacks and Hispanic students. And nowhere is there any explanation of why Asian kids at these very same schools — many of whom come from impoverished and oppressive backgrounds and who are sharing these same, supposedly inadequate, facilities — perform far better at English.

This is especially significant, since it is generally difficult for an Asian learner to pick up English (there are almost no easy similarities between Mandarin, Cantonese, Vietnamese, Thai, Korean, Japanese and English). However, the similarities between Spanish and English (they share a Latin alphabet), should theoretically make it easier for Latino learners to learn English. Black learners don’t even have the second language excuse.

Yet, Asian students do not require, as a rule, any special English-learning programs, but many black and Hispanic students do. Why is that? The Education Department is silent. In other words, the evidence of even inadvertent discrimination is “anecdotal” at best, though the evidence of low black and Hispanic English language learning is indisputable, and, according to the Department of Education, almost uniformly bad across the L.A. Unified School District, regardless of school.

All that said, only the most hard-hearted among us dispute the need for uniform access to quality teachers, books, technology, libraries, and enrichment programs across schools and school districts. In addition, in my experience teaching and coaching at an inner city South Bronx high school, I can attest that many black and Hispanic parents want the very best education for their children and will go the extra mile to insure that happens. What’s more, there are, in my direct experience, and at every public school in America, shining examples of academically advanced black and Hispanic students who not only have command of written and spoken English, but who speak several foreign languages (and not just Spanish). I taught a few of these students.  They not only excelled at languages. Many ran laps around my math and science abilities, starting in the 10th grade. Their “positive deviance” makes a lie of not only monolithic portrayals of “minority” students, but also of politically motivated attempts to aggregate minority students into a one-dimensional and uniform cohort of the oppressed.

Which is why the Department of Education’s focus on race and ethnicity is so backwards-leaning, wrong-headed, ugly, nasty, and counter-productive. Surely there must be examples of clear-cut discrepancies in resources between schools within the LAUSD, as in all any school district across the country, as in any large and complex bureaucracy. But are these discrepancies intentional? And more to the point of the Department of Education’s investigation, are they due to racism? Moreover, are these discrepancies in the delivery of academic resources truly the major culprit in low English-learning by large swaths of black and Hispanic students?

As Angelinos well know, the LAUSD has been on a spending binge to dramatically improve and modernize its schools, including $600 million plus spent on the state-of-the-art Robert F. Kennedy Community Schools on the former site of the Ambassador Hotel (where the late Attorney General was assassinated in 1968) and hundreds of millions more on the aesthetically cutting edge High School for the Visual and Performing Arts in downtown L.A. Both schools primarily serve black and Hispanic communities. As the L.A. Times article admits, “Schools that serve low-income minority students typically start with more government funding than schools serving middle-class populations.” Given the LAUSD’s obvious financial commitment, could it be possible that other stakeholders need to share in the sub-par English-learning going on at L.A. public schools?

Rather than probe that crucial question, Education Secretary Arne Duncan flew to L.A. on Tuesday to deliver the department’s civil rights verdict and, as a consequence, expects America’s second largest school system to miraculously and single-handedly improve the reading and writing scores of its core black and Hispanic constituency. No surprise that there weren’t any meaningful words from the Education Secretary or L.A.’s Mayor about what black and Hispanic parents can do to improve the English-learning skills of their recalcitrant charges (such as reading in the home, spending a few hours a day going over homework, educating themselves, teaching their kids that vandalism, gang membership, and violence are not acceptable), or what academically lagging students can do to take better advantage of the immense resources they have at their disposal, even in this era of educational budget-cutting. Once again, Mr. Duncan blamed the educator, and removed all responsibility and accountability from the parent and student.

As the L.A. Times article goes on to admit, “schools in more prosperous neighborhoods … have lower costs related to security and vandalism.”  Is it the teachers’ fault that these high-cost, low-performing schools are beset by violence and vandalism? Is it any surprise that the best teachers eschew working at these institutions, where education takes a back seat to security? And is it any surprise that such schools require harsher “discipline practices”? Is Mr. Duncan going to fly in on the taxpayer dime and point the finger at LAUSD because of these parent, student, and community sins?

Reading about this Department of Education nonsense, I am reminded of how my Depression Era father went to grade school with one other pupil (his younger brother Paul) in a one-room schoolhouse in drought-ravaged South Dakota. I wonder if my father ever complained of “disparities in technology and library resources.”

It probably never crossed his mind. He had no time for excuses or blame. He was too busy making the most of his hardscrabble situation to worry about whether he got the short end of the stick.

But don’t depend on my perspective. What, say you? Am I completely off base in emphasizing how individual desire and culture (including expectations of academic excellence, and the will to enforce those expectations in the home) are the primary determinants in student learning? If so, I am open to all reasonable evidence to the contrary.