An Egyptian Bedouin is threatening to kill two American tourists he kidnapped at gunpoint on Friday.

Jirmy Abu-Masuh, 32, warned today that if authorities try to arrest him he will kill Michel Louis, 61, and Lisa Alphonse, 39, who are currently being held hostage in a remote area of the Sinai desert.

Abu-Masuh, of the Tarbeen tribe in Egypt’s Sinai Peninsula, has also threatened that he will take more hostages if police do not release his uncle from prison.

He has said that the Americans, who are both from Boston, Massachusetts and were on a missionary trip to Egypt, will be treated as prisoners if his uncle is not released. This could mean leaving them out in the desert. 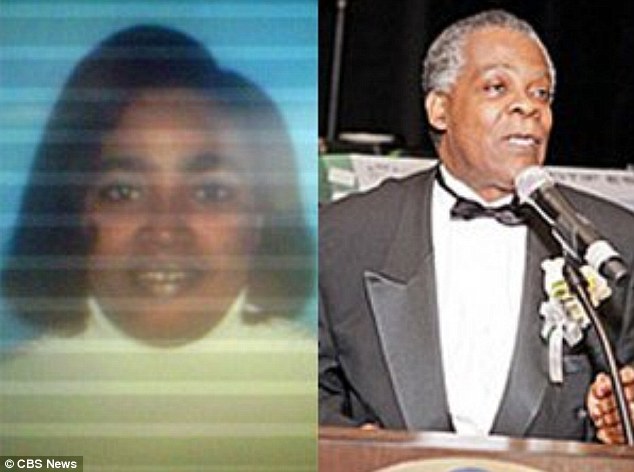 Captive: Boston natives Lisa Alphonse and Michel Louis, pictured left to right, have been kidnapped from their tour bus in Egypt

‘If my uncle gets 50 years (in prison), they will stay with me for 50 years. If they release him, I will release them,’ he told the AP Saturday. ‘Tomorrow I will kidnap other nationalities and their embassies will be notified for the whole world to know.’

Abu-Masuh’s uncle was taken into custody after refusing to pay a $100 bribe to police officers at a check point.

Mr Louis’ son Jean Louis said his father, a pastor at Mattapan’s Free Pentecostal Church of God and a diabetic, makes an annual missionary trip to Israel but this year chose to go to Egypt with 22 other members of the church.

Ms Alphonse is a member of a sister church.

‘We’re in good spirits because we know the God that we serve is in control of the matter,’ Jean Louis told WCVB.

Ms Alphonse’s neighbours said the Haiti native’s husband and two children did not go with her on the trip.

Abu-Masuh, a 32 year-old truck driver, said in an earlier phone call with the Associated Press that the Americans were being treated as ‘guests’ and given tea, coffee and a traditional lamb dinner reserved for special occasions in Bedouin culture.

He also kidnapped the American’s 28-year-old tour guide Haytham Ragab so he could translate.

The captor said Mr Louis had been allowed to call his wife. ‘I told them ‘nothing will happen to you. You are my guest’,’ he said. 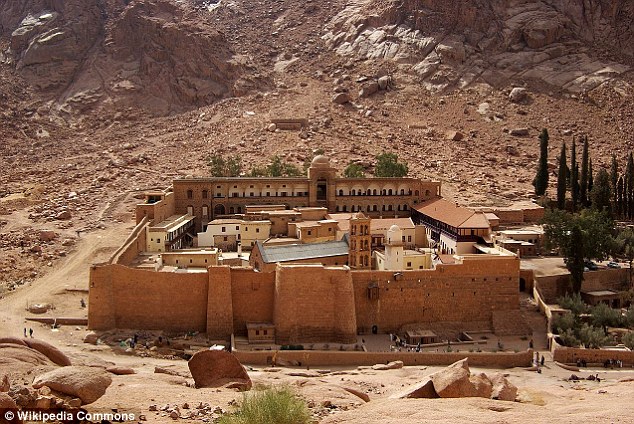 Monastery: The tourists were travelling to the 6th century St. Catherine’s Monastery, pictured, at the foot of Mount Sinai, when they were abducted

Abu-Masuh said they were asleep in his home located deep in central Sinai’s rugged mountains.

The two Americans were abducted in broad daylight when Abu-Masuh stopped the tour bus they were in with dozens of other tourists along a major road outside Cairo.

The tourists had been travelling to the sixth-century St. Catherine’s Monastery, located at the foot of Mount Sinai where the Old Testament says Moses received the stone tablets with the Ten Commandments.

The route to the monastery is a frequent target by Bedouins who abduct tourists to pressure police to meet their demands, which is usually to release of a detained relative they say has been unjustly arrested.

While armed, Abu-Masuh said he told Mr Louis and Ms woman to get off the bus and took their Egyptian tour guide with them to translate.

‘The Americans with me are scared, but we were treated well,’ tour guide Haytham Ragab, 28, told the AP from the captor’s phone.

Mr Ragab said he was not allowed to use his own mobile phone without Abu-Masuh’s permission.

‘I want this solved,’ Mr Ragab said, clearly scared. ‘I tried to calm them (the Americans) and tried to calm myself, but I don’t know what’s to come next.’

U.S. Embassy spokesman David Linfield said the embassy was looking into the kidnapping and working closely with Egyptian authorities who were doing everything to ensure the safe release of the hostages.

Friday’s abduction is the latest in a series of kidnappings in Egypt’s Sinai Peninsula over the past year.

Abducted tourists are rarely harmed and usually released within days. In February, the AP interviewed two American women from California who say their Bedouin kidnappers gave them tea and dried fruit, and talked about religion and tribal rights. They were allowed to bring their Egyptian tour guide with them.

Abu-Masuh said he wants police to release his 62 year-old uncle, who he said suffers from back and heart problems and diabetes. He said his uncle was arrested on Sunday on his way to the northern coastal city of Alexandria after refusing to pay a nearly $100 bribe to police who stopped him along the way.

‘These police are the same traitors of the Mubarak regime. Nothing has changed,’ he said, referring to ousted leader Hosni Mubarak’s widely-mistrusted security forces. Mubarak was toppled in a popular uprising last year partly fueled by anger at police brutality and corruption.

‘I hate the security forces and honestly they made me hate being Egyptian too,’ he said.

Bedouins in Sinai, a region that borders the Gaza Strip and Israel, have long complained of state discrimination against them. They say they are never given high-level posts in the military and frequently harassed by police. Many are unemployed and some turn to cross-border smuggling of people and weapons for survival.

Security officials said on Friday they were working on releasing Abu-Masuh’s uncle. They spoke on condition of anonymity in line with regulations.

Abu-Masuh said that Egypt’s Prime Minister Kamal el-Ganzouri called him personally and asked him to release the Americans ‘who are guests in our country.’

He said his uncle called him from prison pleading the same and fearing police might arrest his children or wife to pressure Abu-Masuh.