An elderly couple savagely stabbed to death over the weekend were the target of a killer or killers after their lottery winnings, family members say.

William Evans, 62, and his wife Brenda, 61, were found dead at about 11:55am on Mother’s Day in their home on Detroit’s east side.

The Wayne County medical examiner’s office ruled their deaths as homicides after autopsies showed they were both fatally stabbed. 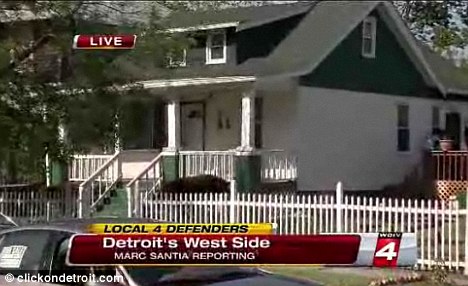 House of horrors: William and Brenda Evans were found stabbed to death in their Detroit home on Mother’s Day

Police said the person or people behind the murders are still on the loose.

The family believes the couple was targeted because they had struck it rich in the lottery.

Their daughter Tierra Evans told WDIV: ‘The motive was a lottery ticket because my dad hit the lottery two weeks ago.’

She added that her father had not yet cashed in the ticket, but told friends and neighbours that he had won. 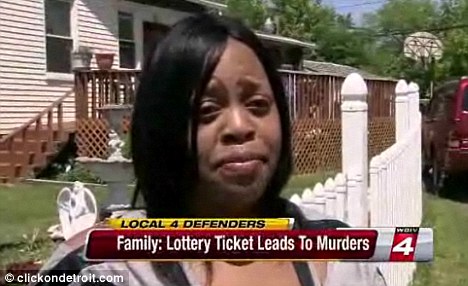 Family’s claim: Tierra Evans, the couple’s daughter, says her parents were targeted by someone who wanted their winning lottery ticket

But police have said the house, despite its well-kept lawn and garden, is suspected to be the centre of a heroin operation run by William Evans.

The family denies those claims, saying that the couple was not involved in drugs and were popular in their neighbourhood.

Daughter Tierra Evans told WDIV: ‘They were not drug dealers. This is not a drug house.

‘We have stayed in this house for 20 years and never had a break in.’ 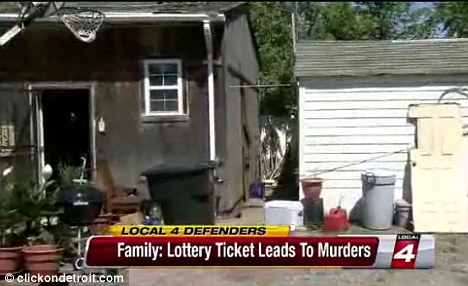 Robbery? Relatives said they could not find the lottery ticket, but their killers did not take cash, a coin collection or other valuables owned by the couple

She added: ‘My daddy helped the community. He’d do anything for anybody.’

The station reported that relatives believe the murderer is someone they knew because it appears someone broke in through a secret door behind the ransacked house.

Family members tried to find the lottery ticket, and it was gone.

But whoever ransacked the home left behind cash, a coin collection and other valuables belonging to the couple.