A Strong Thread in a Torn Union

When Elizabeth Keckley, a former slave turned professional dressmaker and confidante of Mary Todd Lincoln, published her memoir, “Behind the Scenes,” in 1868, the response was vitriolic. One Washington reviewer called Mrs. Keckley “treacherous” and asked: “What family of eminence that employs a Negro is safe from such desecration? Where will it end?”
What a difference 145 years make.
The memoir is now ensconced as a historic literary treasure, and in pop culture’s most recent outbreak of Lincoln fever, Mrs. Keckley is logging significant time onstage, on screen and on the page, where her remarkable life has allowed other writers to explore the complicated intersections of race and power in 1860s America. 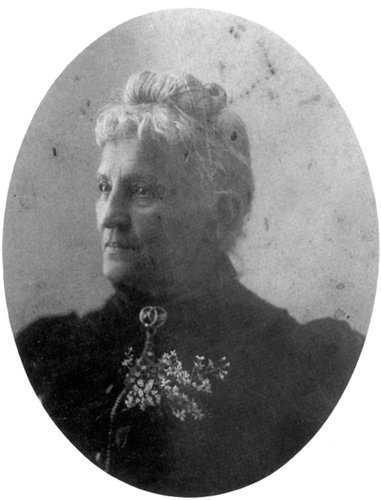 “She had always prided herself on her integrity and dignity, and to suddenly be dismissed as a lowly servant telling tales was quite a shock,” said Jennifer Chiaverini, whose novel “Mrs. Lincoln’s Dressmaker” is being published by Dutton on Tuesday.
Mrs. Keckley’s rise from slave to independent businesswoman for the elite would be fascinating had she landed in the White House next to Chester Arthur. That she was privy to the halls of power during the most fateful moments in the Union’s history makes her that much more compelling.
In Steven Spielberg’s “Lincoln,” Gloria Reuben plays Mrs. Keckley in a limited role but steals a pivotal scene. Tony Kushner, who wrote the screenplay, said that his and Mr. Spielberg’s decision to focus the story on the inner workings of the federal government restricted their ability to include black characters, and that Mrs. Keckley’s “entirely plausible” access to the president allowed for “a very important opportunity to have a black character talk directly about slavery to Lincoln.” Mr. Kushner called the moment “in many ways the cornerstone of the film.” 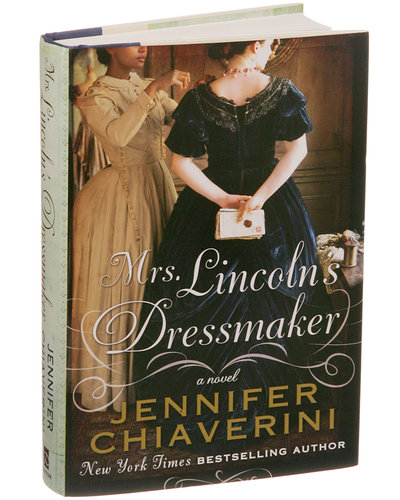 Born to a slave and her master in Virginia in 1818, Mrs. Keckley bought herself and her son out of slavery in 1852. Ms. Chiaverini’s novel picks up the story in 1860, after Mrs. Keckley had moved to Washington, where she set up shop and was soon making dresses for the wives of Robert E. Lee and Jefferson Davis, among other powerful Southerners.
Soon after Lincoln was elected, Mrs. Keckley became personal modiste to the troubled first lady. Ms. Chiaverini said, “Elizabeth had spent 38 years as a slave, and she had, just for her own survival, learned how to deal with difficult white women, to put it bluntly.”
Paula Vogel, whose play “A Civil War Christmas,” which recently closed at New York Theater Workshop, prominently features Mrs. Keckley and Mrs. Lincoln, said most of the history written about that time was “war-centric and Lincoln-centric, but the truth of the matter is that people had to carry on, and all of these individuals became equally remarkable at functioning.” 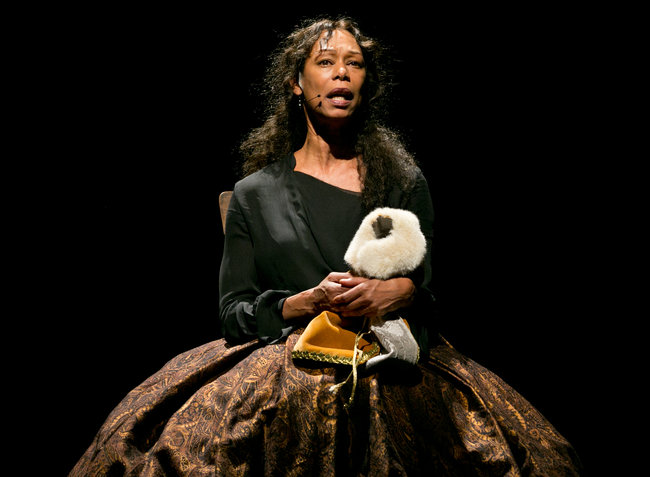 Karen Kandel as Mrs. Keckley in “A Civil War Christmas.”

Ms. Chiaverini, the author of 21 novels, said that as she was researching earlier books set during the Civil War, she kept coming across secondary sources that relied on Mrs. Keckley. After reading the memoir, which Mrs. Keckley published three years after the assassination of Lincoln pushed Mrs. Lincoln out of the White House, Ms. Chiaverini was inspired to imagine the many intimate day-to-day moments between the seamstress and the first lady that were left out of it.
Jennifer Fleischner, an English professor at Adelphi University, has written the most comprehensive historical account, “Mrs. Lincoln and Mrs. Keckly” (2003). (Her book title uses an alternative spelling of Mrs. Keckley’s name; both versions appear in the historical record.) “The fact that she’s portrayed at all” in recent popular depictions of the era “is a real change,” she said. 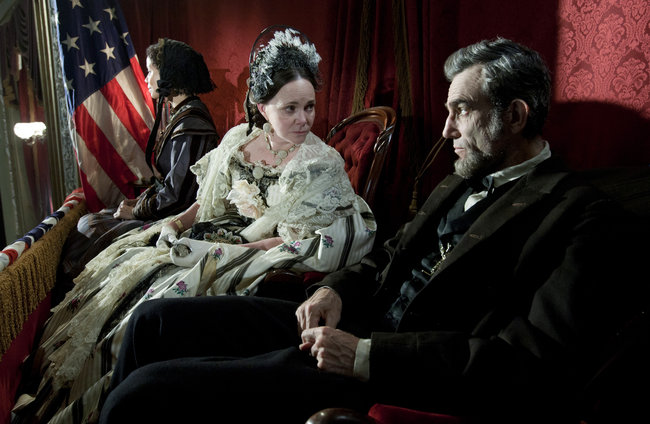 From left, Gloria Reuben as Mrs. Keckley, with Sally Field and Daniel Day-Lewis, in “Lincoln.”

“Lincoln” got Mrs. Keckley’s presence in the family’s private quarters “just right,” said Ms. Fleischner, who added that she wished the film had included a longer look at her autonomy, since she wasn’t a servant and didn’t live at the White House.
“She was doing a lot of stuff during that time, other than sitting next to Mary Lincoln or mourning her son, ” Ms. Fleischner said. (Mrs. Keckley’s son died in the Civil War.) “If you’re going to show someone like Keckley, at least show her going home once in a while to have a real life.”
That busy life included the founding of the Contraband Relief Association in 1862. That organization helped newly freed slaves with housing, clothing, medical care and other necessities. Frederick Douglass, among others, offered his support. “If the white people can give festivals to raise funds for the relief of suffering soldiers,” Mrs. Keckley recalled thinking in her memoir, “why should not the well-to-do colored people go to work to do something for the benefit of the suffering blacks?”
That she steadily negotiated a life among whites and blacks makes Mrs. Keckley a contrast to Lincoln himself, according to Mr. Kushner.
Lincoln’s time in Illinois, which had a severe code that enforced segregation and limited immigration of blacks to the state, meant that, “by the time he arrived in the White House, he had far less experience with slaves or free black people than many of the people in his government,” Mr. Kushner said. “He was on a steep learning curve. He spoke honestly and openly about that lack of familiarity.”
In a widely debated New York Times Op-Ed article on “Lincoln,” Kate Masur, an associate professor of history at Northwestern, argued that the film had missed an opportunity to show the hands-on role Mrs. Keckley and other blacks played in lobbying for and securing their freedom. “It’s disappointing that in a movie devoted to explaining the abolition of slavery in the United States, African-American characters do almost nothing but passively wait for white men to liberate them,” she wrote.
Speaking generally about the large number of “extraordinary characters” in that period of history, Mr. Kushner said his original draft of “Lincoln” ran to more than 500 pages and included several scenes with Mrs. Keckley that ended up being cut. “There’s a possibility I might write more about her in the future,” Mr. Kushner said. “Gloria and I have talked a lot about other moments that we could look at.”
One thing Mrs. Keckley shared with Lincoln was pragmatism. According to Ms. Fleischner’s book, Mrs. Keckley “had her eye on sewing for the new inhabitants of the White House — whoever they might be — and she would not have jeopardized her success by being open about her political views.” In 1860, as political tensions mounted, Jefferson Davis’s wife, Varina, offered to bring Mrs. Keckley south with them.
“I preferred to cast my lot among the people of the North,” Mrs. Keckley wrote in her memoir. “I parted with Mrs. Davis kindly, half promising to join her in the South if further deliberation should induce me to change my views.”
Mrs. Lincoln’s mood swings, however, occasionally strained their friendship, just as they strained the presidential marriage. While in 1867 Mrs. Lincoln would write to Mrs. Keckley, “I consider you my best living friend,” the falling-out they had over the memoir, which included some of the first lady’s personal correspondence, was painful for both of them.
Mrs. Keckley “wrote impassioned, apologetic letters to Mrs. Lincoln, but never received so much as a single word in reply,” Ms. Chiaverini writes. In this she is sticking to the historical record. Mrs. Keckley and Mrs. Lincoln never spoke again.