Eugene C. Patterson, the Pulitzer Prize-winning editor of The Atlanta Constitution during the civil rights conflicts of the 1960s and later the managing editor of The Washington Post and editor of The St. Petersburg Times in Florida, died on Saturday evening in St. Petersburg, where he lived. He was 89.
He died of complications from cancer and had been sick since last February, said George Rahdert, Mr. Patterson’s lawyer and longtime friend.
In 41 years as a reporter, editor and news executive, Mr. Patterson, who won the 1967 Pulitzer for editorial columns, was one of America’s most highly regarded journalists, a plain-talking, hard-driving competitor known for fairness and integrity as the nation confronted racial turmoil, divisions over the Vietnam War and new ethical challenges in journalism. 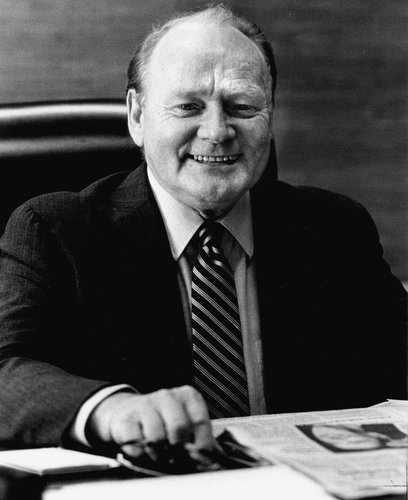 Mr. Patterson succeeded the legendary Ralph McGill as editor of The Constitution, and from 1960 to 1968 was a voice of conscience and progressive politics on the editorial page, writing thousands of columns, many of which addressed white Southerners directly, like letters from home, and cumulatively painted a portrait of the South during the civil rights struggle.
Raised on Georgia farm and a tank commander in World War II, he worked at small-town newspapers in Texas and Georgia as a young man, and although he moved up to wire service jobs in New York and London, had been steeped in the droll wit and down-home sociability of the South.
There were no simple solutions to the racial problems, and he offered none. Instead, he drew poignant scenes of suffering and loss to condemn violence and miscarriages of justice. And he explored themes of courage and questions of responsibility that went beyond mindless acts of racism to challenge a people with traditions of decency. 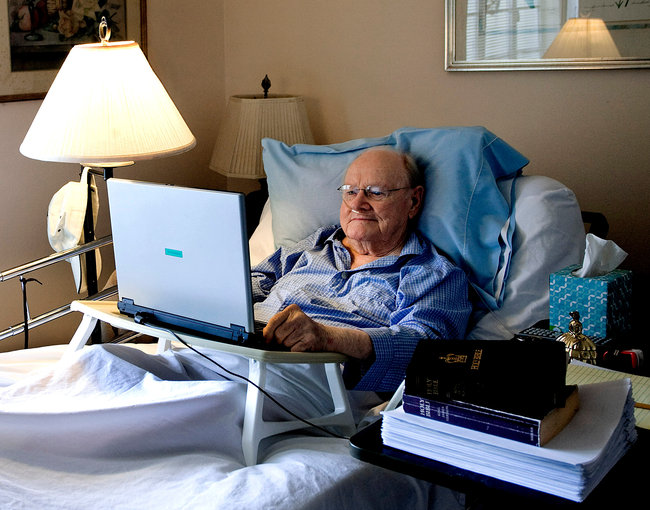 Mr. Patterson in August 2012. He had been sick since last February.

At the ruins of the 16th Street Baptist Church in Birmingham, Ala., where a bomb killed four girls on Sept. 15, 1963, he crafted his most famous column, “A Flower for the Graves.” Walter Cronkite was so moved he asked Mr. Patterson to read it on “The CBS Evening News.”
It began: “A Negro mother wept in the street Sunday morning in front of a Baptist Church in Birmingham. In her hand she held a shoe, one shoe, from the foot of her dead child. We hold that shoe with her. Every one of us in the white South holds that small shoe in his hand.”
He also protested the Georgia legislature’s refusal to seat Julian Bond, the black civil rights leader, for opposing American involvement in Vietnam and supporting draft resisters. His exclusion was overturned by the United States Supreme Court in 1966, and Mr. Bond served 20 years in the legislature.
Mr. Patterson joined The Washington Post in 1968 as managing editor, succeeding Benjamin C. Bradlee, who became executive editor. The two led the newsroom in June 1971 when The Post followed The New York Times in publishing the Pentagon Papers, the secret study of American duplicity in Indochina. Nixon administration challenges to both publications were struck down in a historic Supreme Court ruling.
Later in 1971, Mr. Patterson left The Post and taught for a year at Duke University. In 1972, he became editor of The St. Petersburg Times (now known as The Tampa Bay Times) and two sister publications, The Evening Independent in St. Petersburg and Congressional Quarterly, covering the government in Washington. After the death of the publications’ owner, Nelson Poynter, in 1978, he became the company’s chairman until his own retirement in 1988. 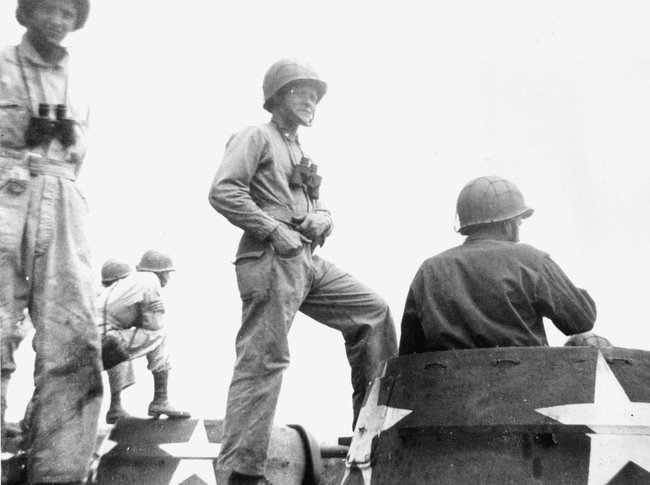 Under Mr. Patterson, The Times’s liberal traditions flourished on Florida’s largely conservative west coast, with foreign and national news reports and strong investigative articles. In 1976, he insisted that news of his own arrest on a drunken-driving charge appear on Page 1 to show that the paper could be as hard on its own as it was on others.
Eugene Corbett Patterson was born on Oct. 15, 1923, in Adel, Ga., to William C. and Annabel Corbett Patterson. He grew up on a farm, did office work for The Adel News, edited a campus newspaper at North Georgia College at Dahlonega and majored in journalism at the University of Georgia at Athens, graduating in 1943.
He joined the Army in World War II, became a tank platoon commander in Gen. George S. Patton’s Third Army, and fought in the Battle of the Bulge. After Germany’s defeat, he sailed for the Pacific, but learned on the way of Japan’s surrender. He became an Army pilot after the war, but left the service in 1947 to go into journalism.
In 1950, he married the former Mary Sue Carter. She died in 1999. Mr. Patterson is survived by their daughter, Mary Patterson Fausch, and three grandchildren.
Mr. Patterson was a reporter for The Temple Daily Telegram in Texas and The Macon Telegraph in Georgia in 1947 and 1948 and worked for the United Press in Atlanta in 1948, in New York in 1949 and in London as bureau chief from 1953 to 1956. He then became vice president and executive editor of The Atlanta Journal and The Constitution, both owned by Cox Enterprises, and four years later was named editor of The Constitution.
From 1964 to 1968, Mr. Patterson was vice chairman of the United States Commission on Civil Rights, an appointee of President Lyndon B. Johnson. He was president of the American Society of Newspaper Editors in 1977 and 1978, and served from 1974 to 1985 on Columbia’s Pulitzer Prize Board, selecting winners of the prestigious awards in journalism and the arts.
In 1981, Mr. Patterson was one of the few board members who opposed a feature-writing Pulitzer for Janet Cooke of The Washington Post for an article about an 8-year-old heroin addict, which proved to be a hoax. He objected because the article was about an anonymous boy and relied on unnamed sources. The Pulitzer was returned, Ms. Cooke resigned and the episode was a profound embarrassment for The Post.
Mr. Patterson also scoffed at journalists posing as someone else to get a story. “If this becomes the standard for news coverage in America, then we have set a standard that young reporters are going to follow, and misrepresenting oneself, misleading, camouflaging one’s identity, will become a way of life,” he said in a discussion on the CBS News program “60 Minutes.”
In a newsroom with his sleeves rolled up or at an awards ceremony in a tuxedo, he carried himself with military bearing, a stocky, barrel-chested man with the rolling gait of Jimmy Cagney, whom he resembled in style and grit. Colleagues said he seemed always to be on the verge of a smile or a good idea.
“Every day you had to have an idea,” he said in 2003 of his column-writing years. “You kept your pockets stuffed with quotations and ideas and turns of thought, famous sayings that you could credit and work into your columns. At laundry time, you had an awful lot of chewed up paper in your pockets.”
In 2002, a collection of his columns for The Constitution was published as a book, “The Changing South of Gene Patterson: Journalism and Civil Rights, 1960-1968.” He was the author of “Patton’s Unsung Armor of the Ardennes: The Tenth Armored Division’s Secret Dash to Bastogne” (2008). A chair in journalism was established in his name at Duke, where he was a trustee from 1988 to 1994.
In a 2008 interview with Florida Trend magazine, he remembered a day when his daughter, Mary, then 9, called him at The Constitution. She was sobbing. Someone had shot her dog in the backyard. He hurried home. “I kept telling my daughter, ‘Look, we don’t know who shot her,’ ” he recalled. “But my daughter said she knew — that it was ‘somebody who doesn’t like what you’ve been writing in the paper.’ ”
“I tried to explain to her,” he said. “It was tough for a child.”
But there was no turning back. “You had to address the issue of race relations because the civil rights marchers were in the streets, the sit-ins were going on, the riots, the fire hoses, the police dogs, the killings,” he said. “This had to be addressed and not simply by reporting it, but by editors who would stand up and say what we had been doing was wrong, and we had to change.”