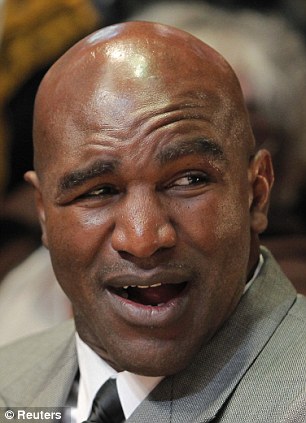 Knockout: A judge found Evander Holyfield in contempt for failing to pay more than $500,000 in back child support and ordered him to fork over nearly $3,000 a month

Former heavyweight champion Evander Holyfield has found himself once again in trouble after being held in contempt of court for allegedly failing to pay more than $500,000 in back child support.

The Georgia Department of Human Services filed a lawsuit against the retired pugilist on behalf of his 18-year-old daughter, Emani, whom he had originally owed nearly $373,000 in child support.

But according to court documents cited by TMZ,that amount has increased to just under $564,000. After being held in contempt by a Georgia judge, the 49-year-old was ordered to immediately start paying $2,950 a month.

But that was not the end of Holyfield’s troubles. According to the TMZ report, the judge also ordered that a percentage of the boxing great’s income be earmarked to pay down his debt.

This is only the latest twist in a drawn out saga of financial problems and public relations calamities that have been plaguing the former boxer, best known for having a tip of his ear chomped off by Mike Tyson during the infamous 1997 ‘Bite Fight.’

Holyfield’s troubles started in 1999 when his wife of two years, Janice, filed for divorce after the heavyweight champion had publicly admitted to fathering two children out of wedlock, according to the Houston Press. 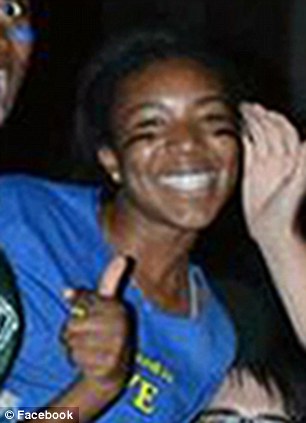 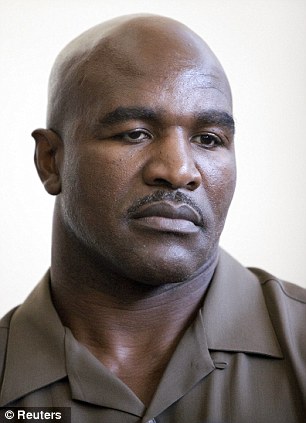 Daddy dearest: Beside 18-year-old Emani Holyfield, left, whom the boxer owes more than half-a-million dollars in child support, the retired heavyweight has 11 other children from six different women 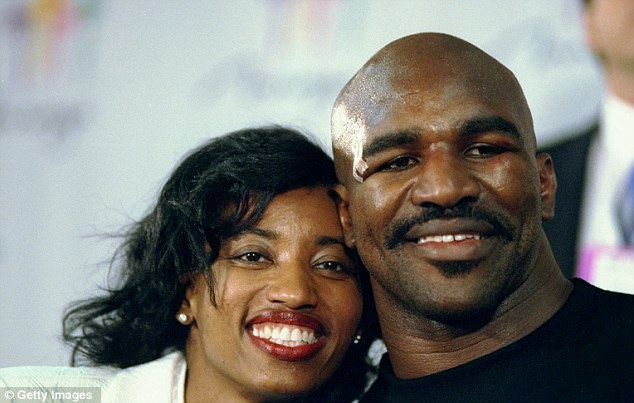 Split: Holyfield and his third wife, Janice, left, divorced in 1999 after the boxer admitted to fathering two children out of wedlock

It total, the thrice-divorced Holyfield has a dozen children from six different women, including a son from Janice.

In 2008, the boxer who has amassed a fortune totaling nearly $250million over his storied career declared bankruptcy in Georgia.

Two years later, Janice Holyfield filed papers in a Texas court seeking to collect nearly $280,000 in back child support and interest from her philandering ex-husband. 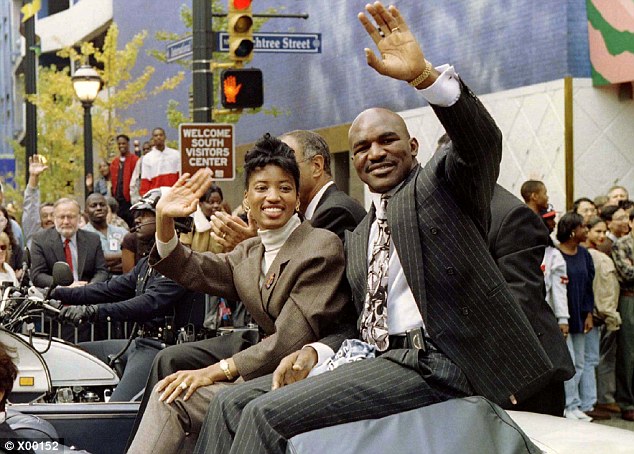 Financial trouble: Holyfield, right, seen in this undated photo with his ex-wife, Janice, has amassed nearly $250million in the course of his career, but lost most of it 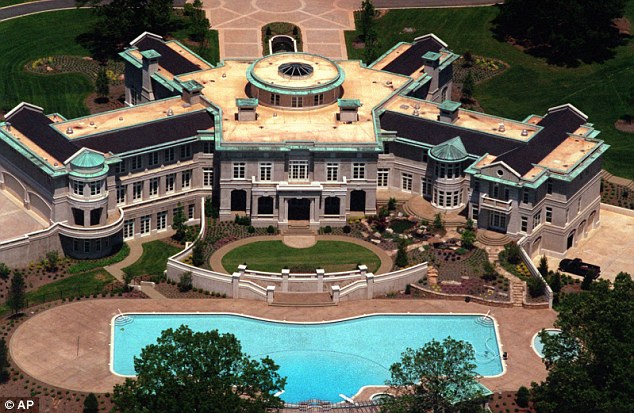 Evicted: Holyfield was forced to move out of his palatial 109-room mansion south of Atlanta in July after failing to come up with $14million in back mortgage payments

This past July, the legendary fighter, known in the boxing world as ‘The Real Deal,’ was evicted from his 54,000-square foot, 109-room mansion south of Atlanta after he had failed to reach a deal with JP Morgan Chase, which foreclosed on the property and sold it at auction for $7.5million.

According to the Florida Times-Union, Holyfield was unable to come up with about $14million in mortgage payments he owed the bank.