An ex-pastor who was found guilty of sex crimes against juveniles allegedly tried to commit suicide in court by swallowing several white pills after the judge told him he would be going straight to jail.

He was found guilty of performing two sex acts on a 15-year-old boy he had lured with promises of introductions to football scouts and trainers to further the teen’s chances of NFL stardom. 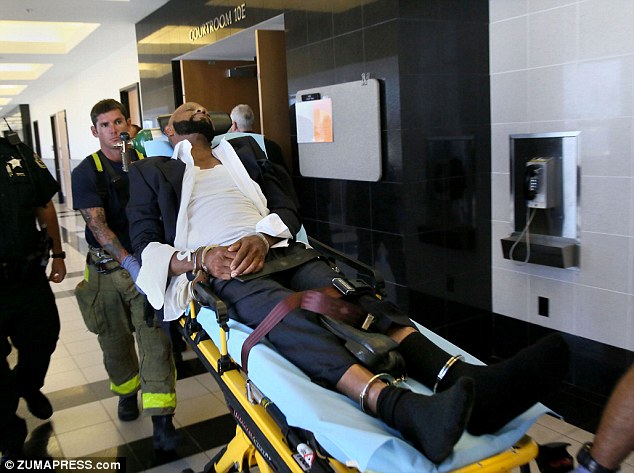 Suicide attempt: Paramedics transport the Rev. Richard Harris after he tried to swallow some pills after he was ordered into custody following his conviction

The 64-year-old was also found guilty of filming an unwitting 14-year-old girl and her 16-year-old boyfriend, who is described as Harris’ godson, having sex act his house, according to the Palm Beach Post. 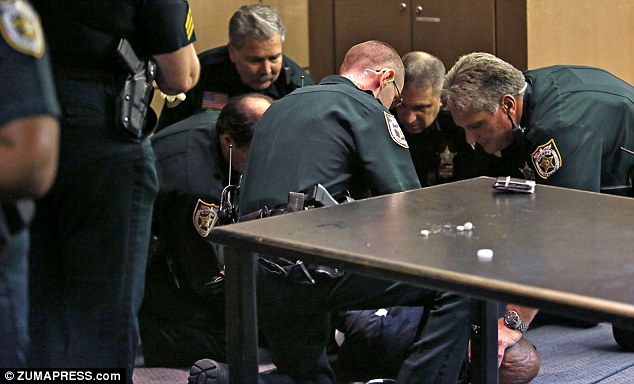 Restrained: Deputies subdue the Rev. James Richard Harris after he tried to swallow some pills, still visible on the table, following his conviction 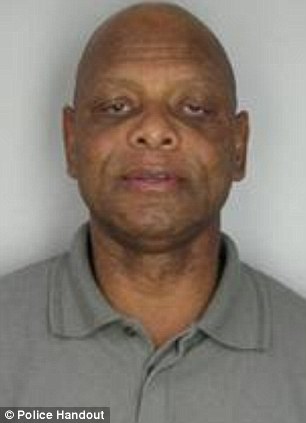 But as a judge told him he would be imprisoned until his sentencing on October 5, Harris grabbed a glass of water on the defense table and attempted to down some pills.

Deputies rushed towards him and tackled him to the ground, shouting: ‘Spit it out! Spit it out!’ according to the Post.

Harris was escorted out of the courtroom, handcuffed to a stretcher, and has since been placed on suicide watch at the Palm Beach County jail.

‘I think it was a cowardly thing to do, and it shows that he knows what he did, and that he’s facing a long time in prison,’ prosecutor Chrichet Mixon told the Post.

‘It’s just hard to see someone that you’re trying to help do something like that to himself,’ Harris’ court-appointed attorney Chris Haddad said.

Ivory Coast conflict: 800 killed in one town on one day; France takes over airport