By JAMES NYE and MEGHAN KENEALLY

It has been revealed that disgraced political commentator Joe Williams pleaded guilty and was convicted of assaulting his ex-wife, author Amy Alexander on May 24 of this year.

The probation ends on November 24 this year and comes on top of a year long court order against the controversial reporter that compels him to stay away from his two children’s school and to surrender all his firearms. 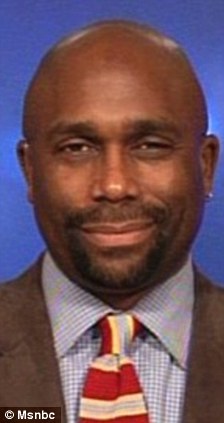 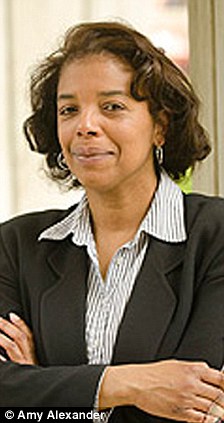 Williams and his wife divorced on April 7 2008 after approximately 12 years of marriage.

Previous to the court granting the divorce, Alexander had filed for restraining order against Williams on August 2, 2007, that was dismissed after Alexander withdrew the complaint.

Williams refused to comment on the allegations of domestic violence but his ex-wife did make a statement:

‘I can’t comment on a legal case but will say that I sincerely hope that Joe Williams finds his professional footing and that he also begins to take seriously his responsibilities as the father of our two children.’

The Politico reporter lost his job last month when he said that Republican presidential candidate Mitt Romney was more comfortable around white.

Williams made the controversial comments just over a week ago on MSNBC and was let go by the political website in an announcement made on Saturday morning by the editor, John Harris.

‘After some cordial discussions, Joe Williams and I mutually decided that the best step for him is to begin a transition to the next phase of his career,’ wrote Harris. 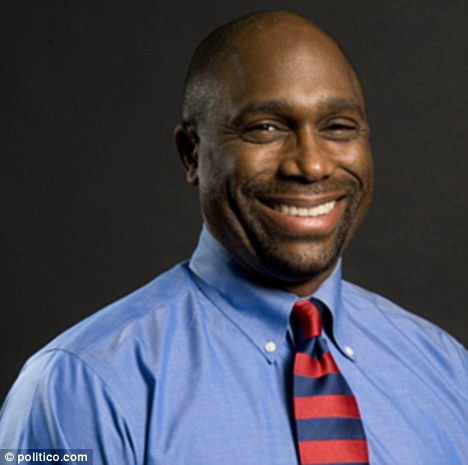 Already suspended from his job for saying that the former Massachusetts governor was ‘very comfortable’ around ‘white folks’, Williams had tried to claim that he was the victim of a right-wing smear campaign.

However, as commentators and conservative websites trawled through Williams’ Twitter account postings, they discovered other pointed examples of his apparent biased towards Romney.

Upon his initial suspension by Politico, the website claimed that his comments on MSNBC ‘fell short of our standards for fairness and judgement’.

Referring to his tweets, he was also cited for ‘an unacceptable number’ of statements and for not being able to ‘cover politics fairly and free of partisan bias.’ 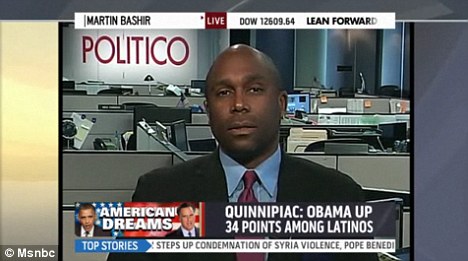 ‘Joe is an experienced and respected journalist, with keen insights into politics,’ said the statement from John Harris.

‘After nearly 30 years in the business, he has the authority and is ready to give voice to his insights and conclusions in a new setting.’

Williams himself was reported by Politico to have responded, ‘While I’m disappointed at the circumstances of my departure, I’m grateful to John Harris for giving me an opportunity to work with him at Politico.’

Before his suspension for making racially-charged statements about Mitt Romney Joe Williams apparently had some other concerns about appropriate race relations in the political sphere.

White House reporter Joe Williams, who worked for Politico since April 2011, tweeted on March 30 of 2012, ‘what’s most irritating is the overlay of blatant racism. that’s the secret sauce in the Politico s***burger’.

The controversy began while speaking as a contributor during Martin Bashir’s MSNBC show, Williams, who is African-American said that Romney is more at ease when he makes his frequent appearances on Fox News Channel and implied that race is a consideration. 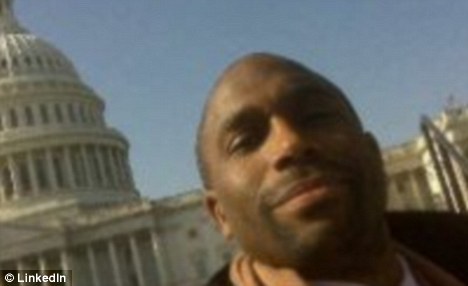 Saying that Romney ‘is very, very comfortable’ during his appearances on ‘Fox and Friends’, Mr Williams went on to comment, ‘They’re white folks who are very much relaxed in their own company.’

With a history of describing Romney and other Republicans in a controversial manner on his Twitter account, Williams was suspended after a meeting with Politico’s founding editors John Harris and Jim VandeHei.

Shortly after the suspension was announced, his Twitter feed became private.

The Daily Caller was able to still view the account somehow, and asked Williams about the ‘special sauce’ Tweet.

He responded that on March 30 ‘I was having a bad day,’ and then directed any further questions to his attorney.

‘Regrettably, an unacceptable number of Joe Williams’s public statements on cable and Twitter have called into question his commitment to this responsibility,’ the Politico editors said at the time of his suspension.

They have not publicly commented about his allegations of racism at the political news outlet.

‘(The MSNBC) appearance came in the context of other remarks on Twitter that, cumulatively, require us to make clear that our standards are serious, and so are the consequences for disregarding them. 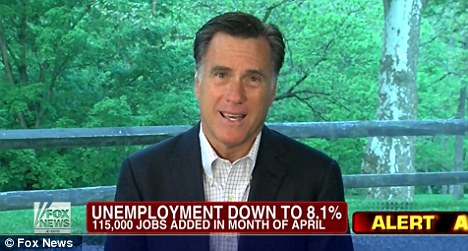 ‘This is true for all POLITICO journalists, including an experienced and well-respected voice like Joe Williams.

‘Following discussion of this matter with editors, Joe has been suspended while we review the matter.’

Making frequent references to racial factors during his MSNBC appearances, Mr. Williams stepped over the line it seems with his opinions last week.

‘And (Romney’s appearances on Fox & Friends are) unscripted. It’s the only time they let Mitt off the leash. But it also points out a larger problem he’s got to solve if he wants to be successful come this fall.

‘Romney is very, very comfortable, it seems, with people who are like him.

‘That’s one of the reasons why he seems so stiff and awkward in town hall settings, why he can’t relate to people other than that.

‘They’re white folks who are very much relaxed in their own company.’

The suspension of Williams follows his continued ridicule of Romney on his Twitter feed.

He has made tweets that allude to Romney being served his food by a butler: ‘Jeeves knows my tastes’ he wrote when Romney said he has never eaten anything surprising.