By LEON WATSON
PUBLISHED: 10:31 EST, 30 January 2013 | UPDATED: 12:04 EST, 30 January 2013
A family forced to live thousands of miles apart has finally had an emotional reunion after the father who sent his relatives to seek refuge in America 15 years ago jetted in to Minnesota.
Cheing Chut was pastor to a congregation in southern Sudan in the 1990s when that region of the country became unsafe for Christians.
He sent his family ahead to the U.S., but stayed behind to assure the safety of his congregation. 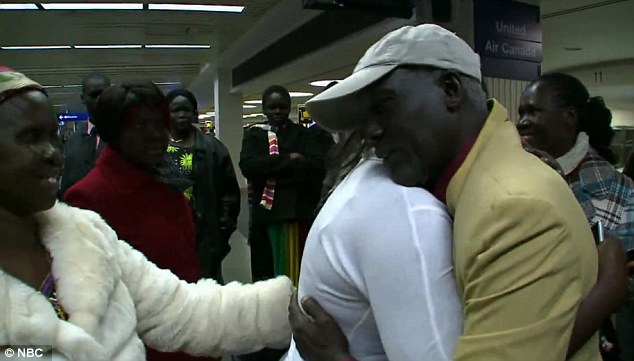 But his plans to join his family unraveled after 9/11 when the U.S. government added Sudan to a list of terrorist nations, KARE 11 reported.

That made passage to America much harder for Sudanese citizens – and Mr Chut, who had taken refuge in Ethiopia – was trapped. 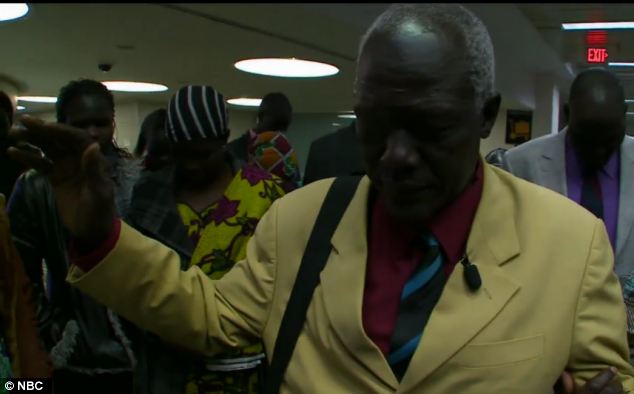 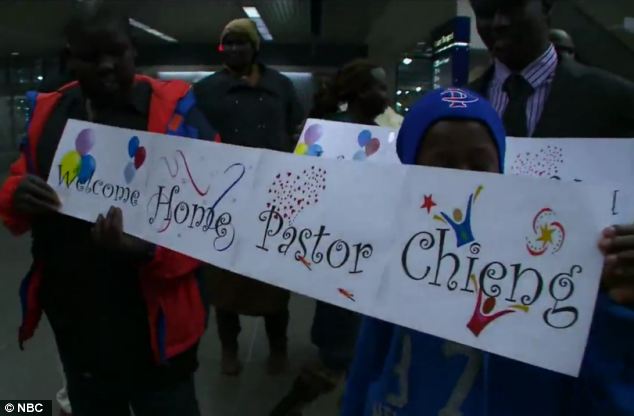 Welcome party: Pastor Cheing Chut’s family hold a banner for their loved one, who’s coming to America for the first time 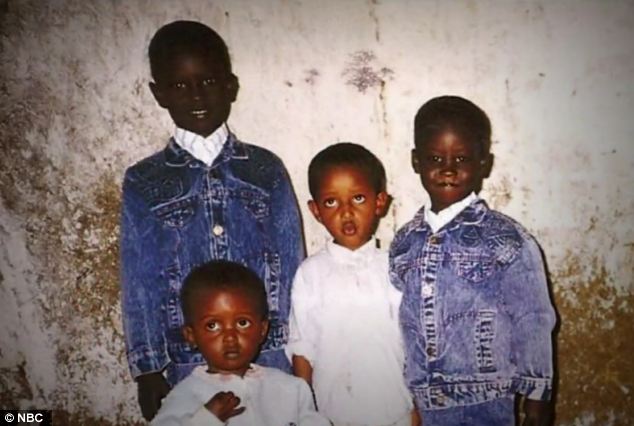 Family album: Four of Pastor Cheing Chut’s children in Sudan before they sought refuge in America 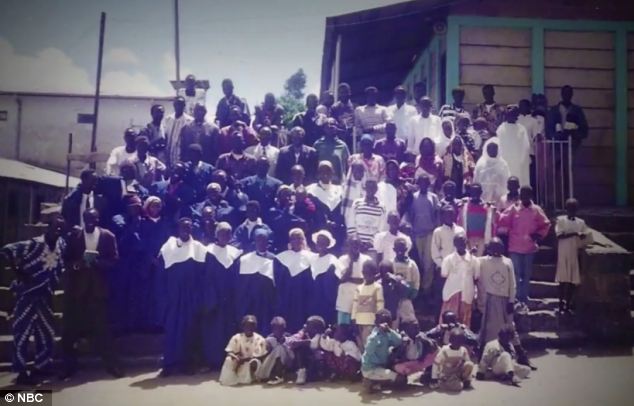 Chut was pastor to a congregation in southern Sudan in the 1990s. He sent his family ahead to America, but stayed behind to assure the safety of his congregation

He was greeted with tears and hugs from his wife Nyatot Bel Diaw, all six of his children and six grandchildren he had never before met.
‘I don’t think he’ll recognize me,’ said Duol Chut, the youngest son, who was just four-years-old the last time he saw his father.
Indeed, upon the pastor’s arrival, father and son gave each other a second look before locking in an embrace, KARE 11 reported.
Other family members followed, with one tearful hug after another.
‘We never thought this day would come,’ said daughter Nyahon Chut. ‘Praise God.’
Read more: http://www.dailymail.co.uk/news/article-2270612/Emotional-moment-family-torn-apart-war-15-years-ago-reunited-U-S-soil.html#ixzz2JVa4cj3I