A Florida father has been charged with kidnapping and killing his one-month-old son who was found dead in the trunk of a stolen car.

According to law enforcement officials, Janus Saintil, aged 24, of Deerfield Beach, was driving on Thursday with the baby’s mother, Claudia Harriot, Marissa Murray and Andrew Pennant, all three aged 22, to a North Lauderdale Walmart when he got into an argument with Harriot over their relationship and pulled out a gun.

Murray told CBS4 News Harriot broke up with the 24-year-old in the car. 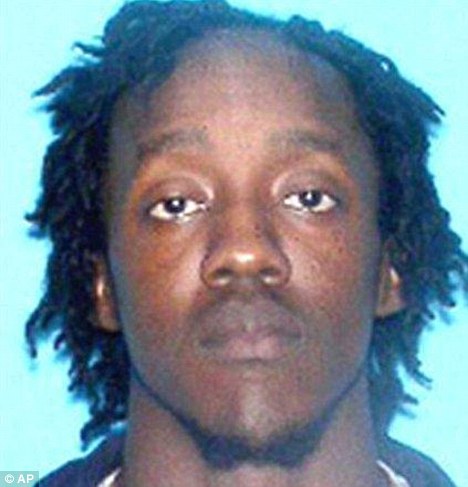 Dad: Janus Saintil has been charged in the death of his one-month-old son, Josiah

Saintil had allegedly kidnapped the three and forced Pennant to drive about 85 miles to Port St. Lucie, where he dropped off his son at an unknown house.

‘I was just praying and I was just cooperating and I didn’t want to make any sudden moves ’cause I felt like he was in all our heads,’ Murray said. ‘He must have lost it or something. I don’t know what went on in his mind. He pulled out a gun and held us hostage.’

According to court documents, Saintil then took away his hostages’ cell phones and told Pennant to withdraw money from a gas station ATM. However, when the man refused and started yelling for help, Saintil fled in the car that belonged to Pennant’s mother and returned to South Florida with his son in tow. 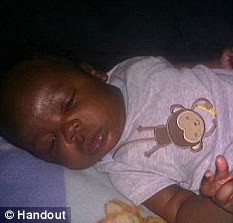 Untimely: Little Josiah was two weeks short of his two-month birthday when he died

Before he left, however, he told Harriot that he was going to kill their baby, according to the report.

It is unknown what happened afterward, but an Amber Alert was issued Friday morning for baby Josiah.

The boy’s body was found Friday after Saintil parked the 2008 Kia Spectra with tinted windows in the parking lot of Palm Terrace apartments in Coral Springs next to an undercover police officer, who became suspicious and searched the car. Lieutenant Joe McHugh identified the baby as Saintil’s son.

According to the incident report read in court on Saturday, the infant was discovered underneath a diaper bag and blanket in the trunk. Josiah was described as being ‘cold to the touch and foaming at the nose and mouth,’ according to the report. 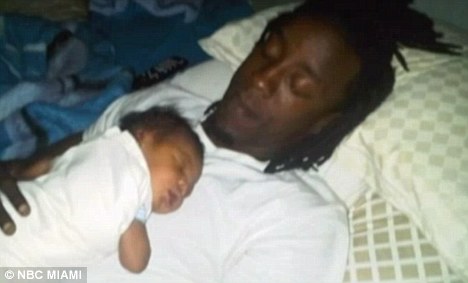 Tragedy: Police said Saintil placed his son, still in his car seat, in the trunk of a car under a diaper bag 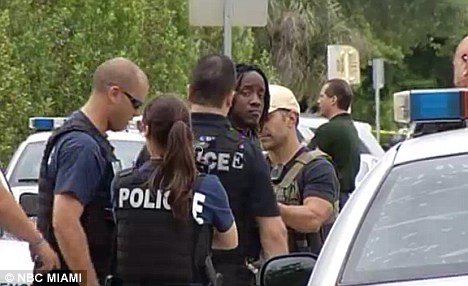 Busted: Saintil was arrested on Saturday in Coral Springs after parking next to an undercover officer 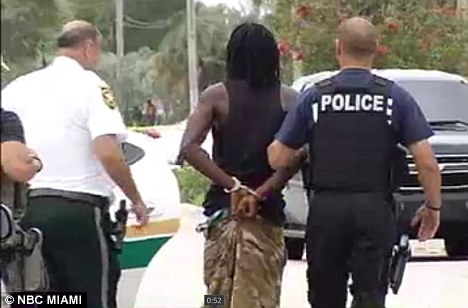 Wanted: Police have been on the lookout for Saintil and his son after an Amber Alert has been issued for the infant on Friday

He was still strapped into his car seat wearing a blue onesie with the words ‘Mommy All Star’ on the front.

A loaded gun was also found in the car, the police report stated.

‘When you say you’ve seen it all, this is one of those things,’ Broward County Sheriff Al Lamberti said. ‘It’s almost like the baby was carelessly discarded inside the trunk. Total lack of respect for the life.’ 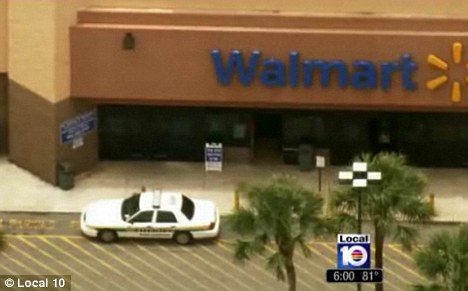 Trip: Saintil is accused of kidnapping three adults and his infant son on their way to the North Lauderdale Walmart

On Saturday, Saintil was arraigned on first-degree murder, carjacking, kidnapping, robbery and aggravated battery with a deadly weapon charges. He was ordered held without bond at the Broward County jail.

Talia Rodriguez, aged 18, who was with Saintil in the stolen car when police found his son was taken into custody for questioning. 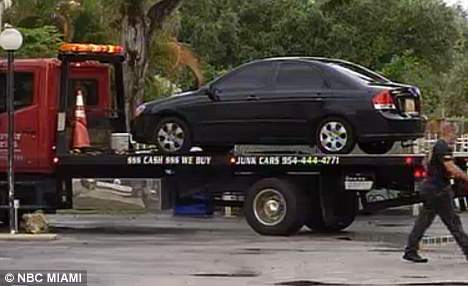 On the run: Saintil took off in a stolen black 2008 Kia Spectra that belonged to the mother of one of his hostages 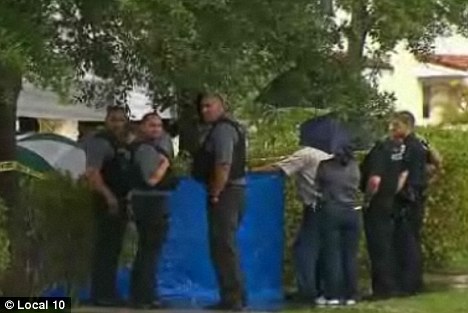 Innocent: The baby was described as being cold to the touch and foaming at the nose and mouth when he was found in the trunk

Rodriguez told police she did not know the baby was in the trunk. Josiah’s mother was also taken in for questioning, but investigators said she was a victim in the situation.

An autopsy will be performed on the child to determine the cause of death.

Court records show that Saintil has been arrested numerous times over the past six years on charges ranging from trespassing to armed robbery. 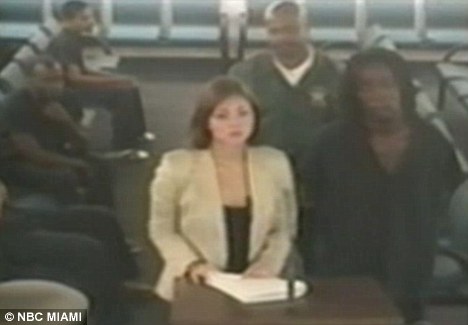 Locked up: Saintil was ordered held without bond at Broward County jail

In 2008, the 24-year-old was sentenced to two years in prison for grand theft, according to court records. Saintil also had an outstanding warrant in Coral Springs.

‘When he had his head shaved, he looked like the Squid character on the SpongeBob SquarePants cartoon,’ Stephenson told the Sun-Sentinel. ‘He was popular with his classmates. Nobody called him ‘Janus.”