The father of a 16-year-old boy has been arrested for beating the teen with a broom and then knocking him unconscious after he was caught stealing in a Philadelphia clothing store.

Marvin Francis, 39, was called to the Burlington Coat Factory in Upper Darby on Friday by store security after his son was allegedly caught stealing. 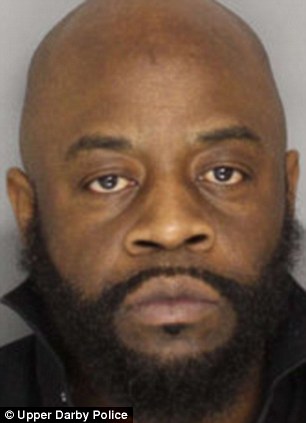 Arrested: Marvin Francis was arrested after witnesses saw him beat his son unconscious

Police say that Francis grabbed a broom from a display on his way into the store and beat his son repeatedly with it.

According to the Philadelphia Daily News, he then dragged the teen out onto the sidewalk and there beat him unconscious.

They called the boys’ parents and Francis arrived first.

‘He beat him like a piece of meat,’ Upper Darby Police Superintendent Michael Chitwood told the Philadelphia Daily News.

‘As he’s walking in, he picks up a broom in the store from a sales display and walks into the security office and starts beating his son with the broom,’ Chitwood said.

‘Then he throws the broom down and punches, kicks and knocks the kid to the ground.’

The boy’s cousin looked on, said Chitwood, ‘scared to death.’

‘The next thing you know, he’s outside of the store and he starts punching him and beating him again,’ Chitwood said. ‘This time he knocks him down, stomps him in the head and knocks him unconscious.’

The disturbing scene was caught on security cameras.

Chitwood says store security didn’t call police when the boy was caught stealing, which is not unusual, but should have when the father began assaulting his son. 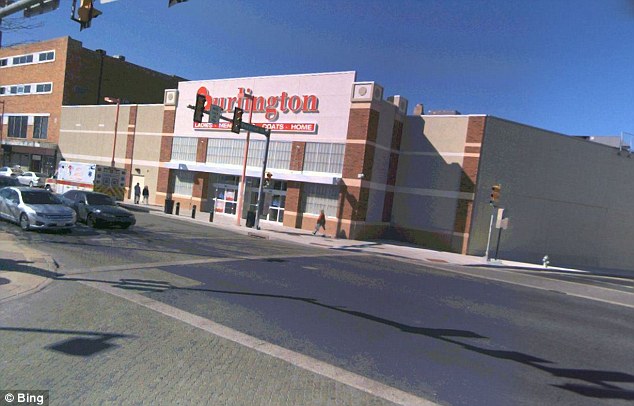 Petty theft: While the son allegedly stole from the Burlington Coat Factory, the father’s alleged crime of beating his son unconscious is much more serious

Instead, officers were called to the scene by concerned passersby who witnessed the alleged beating.

According to the Philadelphia Daily News, when repeated attempts to revive his son failed after Francis had knocked him unconscious, he threw the boy over his shoulder and piled him into the back of his black Lexus.

Officers were able to locate the child, who lives with his mother in West Philadelphia. When they arrived the boy was conscious but his mother was ‘reluctant’ to take him to the hospital.

While officers were at the boy’s home, Francis arrived and was arrested. He is being held on $100,000 at Delaware County Jail after being charge with aggravated assault and other charges.

‘It’s one thing to discipline a kid, it’s a another thing to feloniously assault a child and then not even get him medical help,’ Chitwood told the Philadelphia Daily News.

Are autistic people 'unable' to believe in God? Ability to think 'inside' other people's heads is key to religious feelings