By RICK GLADSTONE
Published: January 18, 2013
GROWING up in the tiny West African nation of Gambia, Fatou Bensouda witnessed the despair of an older relative repeatedly abused by her violent husband. Ms. Bensouda, still in grade school, wanted to do something, so she accompanied the victim to the police precinct in Banjul, the capital, to file a complaint. Officers told them to go home.
“They said, ‘This is her family’s affair, this is a civil matter, we cannot intervene,’” recalled Ms. Bensouda, the chief prosecutor at the International Criminal Court at The Hague. “I remember the helplessness, all the time. I remember saying, ‘There’s something that I should be able to do,’ even at that very early age.”
The episode, Ms. Bensouda said in an interview, helped form her decision to attend law school, pursue a career as a justice minister in Gambia and eventually become a war-crimes prosecutor. 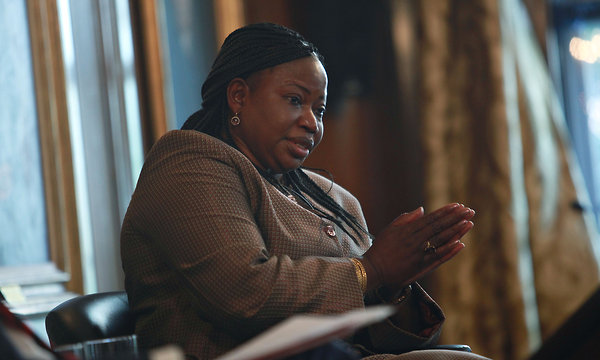 FATOU BENSOUDA “I am a victim-oriented person. I like to see that the victims know that they have a voice.”

Rev. Jesse Lee Peterson Agrees With Newt Gingrich, Says He Would Send Blacks Back 'To The Plantation'