By DAILY MAIL REPORTER
PUBLISHED: 09:32 EST, 6 January 2013 | UPDATED: 10:28 EST, 6 January 2013
University of Texas women’s track coach Bev Kearney resigned Saturday after a lesbian relationship with an athlete in her program in 2002.
Kearney, who won six national championships since 1993, was placed on paid leave in November as university officials investigated unspecified issues within the program but news of her romantic relationship with a student only came out publicly now.
‘I didn’t commit a crime, but I displayed poor judgment,’ she said in an interview with The Statesman. 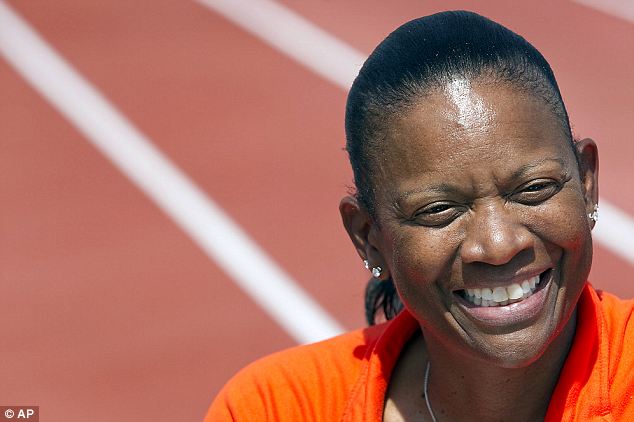 In the wrong: Bev Kearney, the 55-year-old track coach who has been inducted into U.S. Track and Field and Cross Country Coaches Association Hall of Fame, said she knew what she did was wrong but it wasn’t a crime

Kearney said she didn’t know why the relationship resurfaced a decade after it ended, but the school was officially notified in October.
‘You destroy yourself. You start questioning how could you make such a judgment,’ Kearney said.
‘How could you make such an error after all the years? You can get consumed (by it) … I didn’t commit a crime, but I displayed poor judgment.’
Neither Kearney nor the university identified the former Texas athlete.
Kearney told the newspaper it was a ‘consensual intimate relationship’ that began in July 2002 and ended later that year.
Patti Ohlendorf, University of Texas vice president for legal affairs, said school officials don’t believe Kearney had any similar relationships with other student athletes. 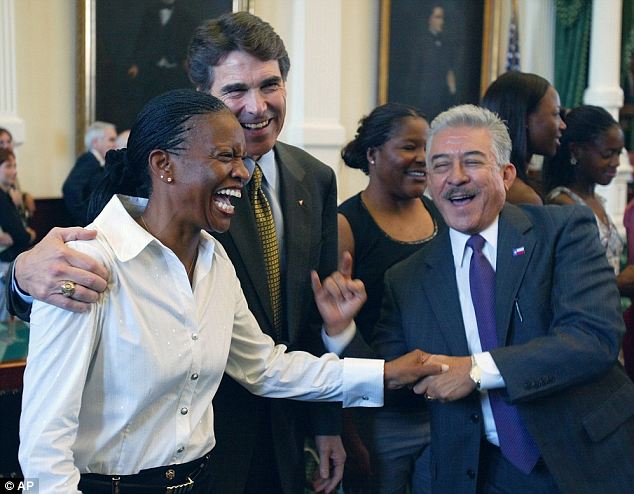 Ms Ohlendorf  told the 55-year-old coach that the school ‘cannot condone such an intimate relationship, including one that is consensual, between a head coach and a student athlete.
‘We told coach Kearney such a relationship is unprofessional and crosses the line of trust placed in the head coach for all aspects of the athletic program and the best interests of the student athletes on the team.
‘Coach Kearney is a good person and has been very important to the university. However, she made this terrible mistake and used unacceptably poor judgment in having this relationship.’
Kearney’s lawyer has gone on the defensive, saying that they are making an example of the high-profile coach. 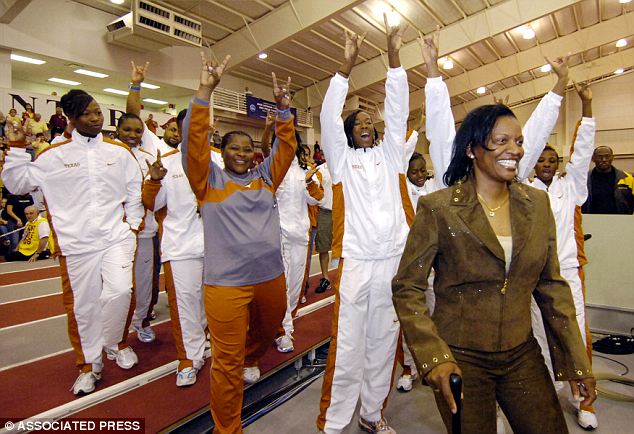 Her players: The other woman has not been named, but she was said to be on the 2002 team (Kearney is seen here at the national championships in 2006)

‘It’s a shame that this remarkably talented female African-American coach, who has devoted her life to helping others, is being bullied and scapegoated by the University of Texas,’ her lawyer Derek Howard said to the school’s newspaper, The Daily Texan.
‘We believe that Ms. Kearney has been subjected to a double standard and has received far harsher punishment than that being given to her male counter-parts who have engaged in similar conduct.’
Kearney was inducted into the U.S. Track and Field and Cross Country Coaches Association Hall of Fame in 2007 and is also a member of the International Women’s Sports Hall of Fame.
Read more: http://www.dailymail.co.uk/news/article-2257967/Bev-Kearney-Female-coach-womens-track-team-fired-having-intimate-relationship-athletes.html#ixzz2HE6BLAqb