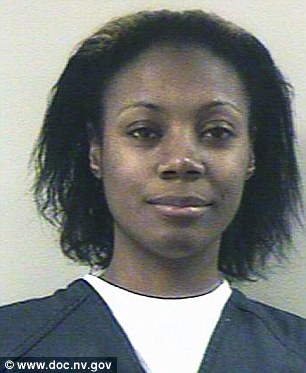 Shackled: Valerie Nabors gave birth to her fourth child last October, but within 10 minutes of delivery, she alleges that her ankles were shackled to her hospital bed and she was not allowed to walk

A former prison inmate who says she was shackled at the ankles in an ambulance while in labour prior to the birth of her daughter despite the objections of medical personnel sued the Nevada Department of Corrections on Wednesday.

The suit, filed by the American Civil Liberties Union of Nevada, cited what it described as shocking indifference to ‘wholly obvious, serious medical needs’ after the woman’s ankles were shackled before and after giving birth in October.

The woman, Valerie Nabors, was being held at the Florence McClure Women’s Correctional Center in North Las Vegas for trying to steal about $300 in casino chips, a nonviolent crime, when she went into labour.

Nabors, 30, has since been released.

The lawsuit, which alleges violations of state law and Nabors’ constitutional rights, said that after she went into labour, guards ran to the ambulance in which she was transported to the hospital and shackled her ankles together, despite protests by ambulance personnel.

Steve Suwe, spokesman for the Nevada State Department of Corrections, would not comment on the case. 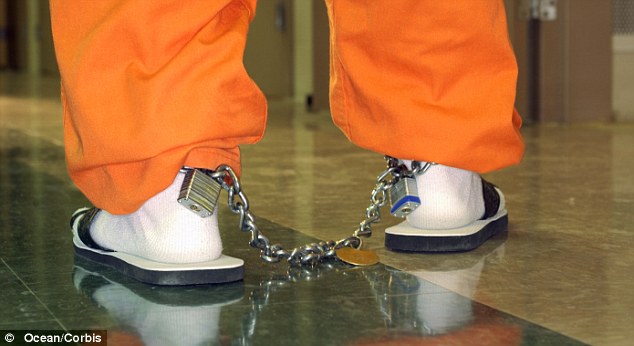 In chains: The mother alleges that she was chained both in the ambulance and 10 minutes after giving birth (stock photo)

The shackles remained on Nabors at the University Medical Center, causing her to stumble when a nurse told her to change into a gown, according to the lawsuit.

Prison guards removed the shackles as she changed and then attempted to put them on again, but a delivery room nurse told them it was not necessary and that ‘it would make medical history if Ms Nabors attempted to get away,’ the lawsuit said.

Guards shackled her again 10 minutes after her daughter’s birth.

During the following days of recuperation, an attending doctor diagnosed a pulled groin muscle and recommended physical therapy, but Nabors remained shackled and could not carry out the treatment, according to the lawsuit. 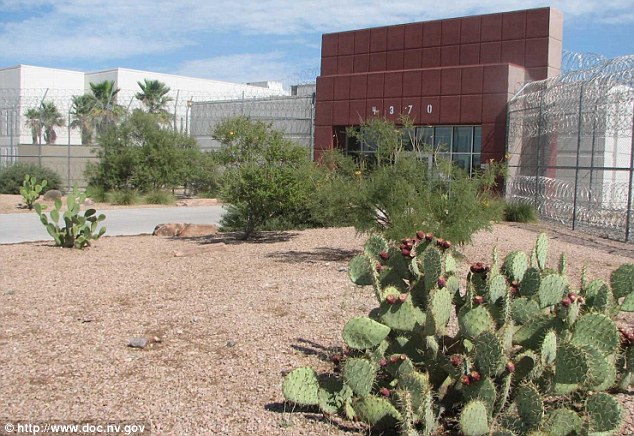 Incarcerated: She was imprisoned at Florence McClure Women’s Correctional Center outside of Las Vegas, Nevada (pictured) 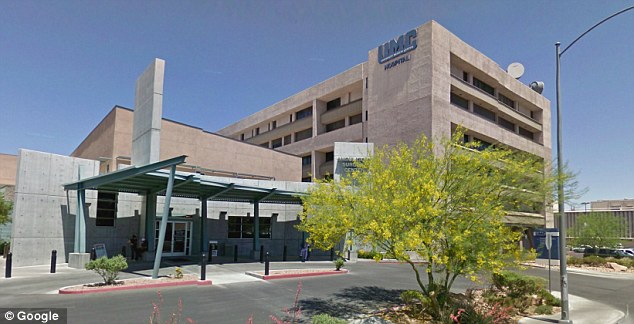 Mother in chains: She was taken to University Medical Center in Las Vegas, pictured, allegedly in chains

Nabors was incarcerated less than a year for attempted grand larceny after attempting to steal the casino chips, said Staci Pratt, legal director at the ACLU of Nevada.

‘Anybody who has gone through birth or witnessed it can imagine the challenges and difficulties of giving birth while shackled,’ Pratt said.

‘It is a far cry from the common standards of decency and what we expect as a civilized society.’