A Film Settles Accounts From the 60s

Booker Wright, a black waiter in a whites-only restaurant in Greenwood, Miss., neither protested nor preached as the civil rights movement of the 1960s roiled the Delta. But the film “Booker’s Place: A Mississippi Story,” scheduled to premiere on Sunday at the Tribeca Film Festival, portrays him as one of the small heroes of that grand movement.
His feat: He dropped his mask of servility in a 1966 television documentary about the state, admitting that he was “crying on the inside” as he kowtowed to customers who sometimes denied him tips and uttered racial slurs. “The meaner the man be, the more you smile,” he explains. 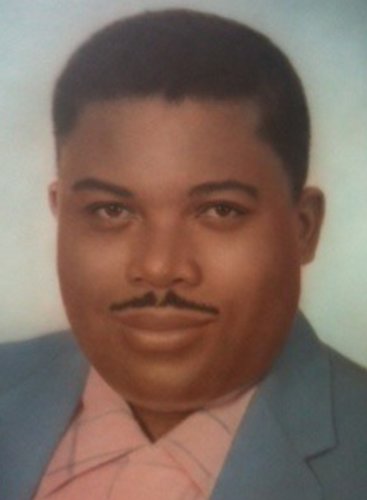 The new documentary uses interviews with friends, family, ordinary residents and elected officials to talk about what might be called Mr. Wright’s double life — he also ran his own thriving restaurant, Booker’s Place, catering to black patrons — and about the town now and then, when it was a site of civil-rights-era horrors.
Beyond tribute or sociological excavation, however, “Booker’s Place” also represents a personal reckoning: The film’s director, Raymond De Felitta (“City Island”; “ ’Tis Autumn: The Search for Jackie Paris”), is the son of Frank De Felitta, the producer and director of that mostly forgotten 1966 documentary, “Mississippi: A Self Portrait.” Yvette Johnson, a co-producer, is one of Mr. Wright’s four grandchildren and had searched for years for more information about him. 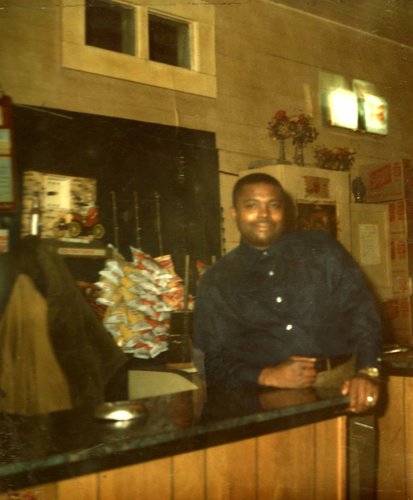 Booker Wright, left, in his restaurant a few years after the 1966 film by Frank De Felitta.

It just so happened that Mr. De Felitta had posted a copy of the documentary by his father, now 90, online in 2011. (It’s no longer available.) That prompted the younger Mr. De Felitta’s producing partner, David Zellerford, to suggest a new Mississippi film project, and his research led him to Ms. Johnson.
Ms. Johnson, a 37-year-old writer who lives in Phoenix with her husband and two sons, had started a blog about her grandfather (www.bookerwright.com) and is writing a book about him. “I felt grateful they’d bring me along to protect my grandfather’s story,” she said by phone, discussing her first foray into film.
She and Mr. De Felitta conducted interviews for the new film, which has commercial releases in Los Angeles on Wednesday and in New York on Friday.
She recalled vaguely knowing that her grandfather, born in 1926, had once spoken to a television crew back in the ’60s, which led her to see him as a kind of “accidental activist.” 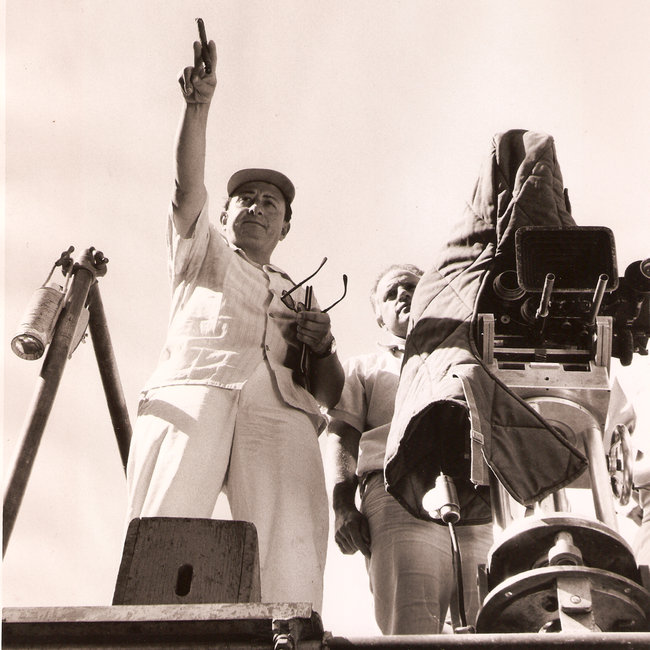 By all appearances, Mr. Wright relished his turn before the camera. He begins with a singsong recitation of the seafood and steak menu at Lusco’s Restaurant. A round-faced man with a slight mustache, outfitted in a white jacket and black bow tie, he goes on to explain that he endured for his three children.
“I just don’t want my children to go through what I go through,” he says, adding that he longed for them to be able to get jobs for which they are qualified. He then looks at the camera and states, “But remember, you have to keep that smile.”
Hodding Carter III, the journalist and former member of the Carter administration, grew up and worked in Greenville, Miss., and said his first reaction upon seeing the documentary was that Mr. Wright was a dead man.
“In one person, in one interview, in one place, you have personified what it was black Mississippi was saying to white Mississippi after all these years,” he says in “Booker’s Place.” 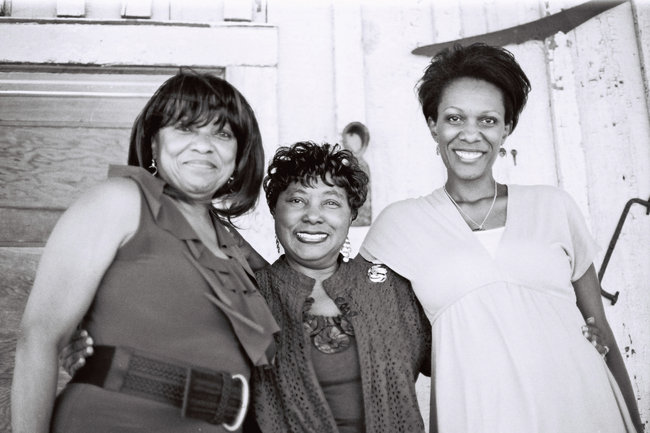 The words uttered by Mr. Wright in that NBC broadcast led to a beating by a local police officer. He lost his waiter’s job at Lusco’s, which he had held since he was 14. His own restaurant was vandalized.
A beloved and respected figure in a town that was a major center for the segregationist Citizens’ Council, he reopened Booker’s Place and bought a school bus to transport children in the Head Start program. He was shot to death by a black customer in his restaurant in 1973, which raised some conspiracy theories.
“Booker’s Place” “started out as history of Greenwood now and then, but it became focused on Booker,” Mr. De Felitta, 47, said in a telephone interview. “You can cast it as symbolic of larger concerns about race, which is still an important subject and which people are still interested in.”
The new film allowed Mr. De Felitta to preserve the work of his father, who made many documentaries but became famous for “Audrey Rose,” a 1975 horror novel. He said his father, who appears in “Booker’s Place,” felt guilty for exposing Mr. Wright to the public, especially in that area.
Emmett Till was lynched just a few miles away in 1955. The civil rights workers James Chaney, Andrew Goodman and Michael Schwerner were killed in Mississippi in 1964, their bodies buried in a mound in Neshoba County, roughly an hour by car from Greenwood .
But Ms. Johnson said two important things came out of the “Booker’s Place” project. She met Frank De Felitta and assured him that he had done the right thing in giving her grandfather a platform. And after finally seeing the 1966 film and interviewing people in Greenwood, she decided that her grandfather was bold and deliberate in speaking up.
It turned out that Mr. Wright’s wish for his children to lead different lives came true. Katherine Jones, Ms. Johnson’s mother, became a director in telecommunications at the University of California, San Diego. (Ms. Johnson’s father, Leroy Jones, grew up near Greenwood and played defensive end for the San Diego Chargers.)
Her mother’s older sister, Vera Douglas, became a public school teacher in Greenville, Miss. Gloria Liggans, a stepdaughter of Mr. Wright from a common-law marriage, married, settled in Port Gibson, Miss., and is now a grandmother.
Surprisingly, Ms. Johnson, who recalls feeling somewhat adrift growing up in mostly white communities in San Diego, now sees Greenwood, where she has many relatives, as more of a home than San Diego or Phoenix.
“It’s beautiful; the people are kind and warm,” she said. “I’ve walked away with a sense of heritage that includes a hero in my lineage.”