The son of the Fire Department commissioner, Salvatore J. Cassano, resigned on Monday from his job with the department after a series of offensive Twitter posts, many of them racially inflammatory, surfaced.
Joseph Cassano, 23, who joined the department as an emergency medical technician in October 2012, quickly came under fire for posts that suggested a hatred for Jews, blacks and poor people.
Commissioner Cassano expressed both disappointment and love for his son, adding that the decision to resign was the right one. 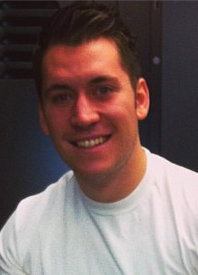 Joseph Cassano, the son of the Fire Department commissioner, Salvatore J. Cassano, resigned from his job on Monday after posting inflammatory comments on Twitter.


“I am extremely disappointed in the comments posted online by my son Joseph, which do not reflect the values — including a respect for all people — that are held by me, my family and the F.D.N.Y.,” the commissioner said in a statement released Monday afternoon.
The Fire Department has faced recent scrutiny for what a judge has characterized as a failure to address racial inequities within its ranks. In a landmark ruling in Federal District Court in Brooklyn in 2011, the judge, Nicholas G. Garaufis, called for a court-appointed monitor to oversee the department’s recruiting efforts and ensure that more minority candidates are hired.
The online posts by Joseph Cassano only served to underscore the difficulty the department faces as it seeks to change its culture.
Using the Twitter handle @jcassano15, Mr. Cassano wrote, “Getting sick of picking up all these Obama lovers and taking them to the hospital because their medicare pays for an ambulance and not a cab,” The New York Post reported on Monday. Mr. Cassano’s account has been suspended.
He also reportedly wrote, “I like jews about as much as hitler #toofar? NOPE.” On Martin Luther King’s Birthday, he posted, “MLK could go kick rocks for all I care, but thanks for the time and a half today.”
At a news conference on Monday, Mayor Michael R. Bloomberg said that he “found the messages offensive.”
“It is my understanding that he has chosen to resign from the Fire Department and I think that’s the appropriate thing and I’ll leave it there,” the mayor added.
Mr. Cassano, who had earned a salary of nearly $32,000, released a statement on Monday apologizing for his actions.
“My intention was never to hurt anyone, or any group, and these tasteless comments do not reflect the person my parents raised me to be,” Mr. Cassano said.
John Coombs, president of the Vulcan Society, the fraternal order of black firefighters that brought the federal lawsuit that led to Judge Garaufis’s ruling, said that Mr. Cassano’s Twitter posts were indicative of a systemic problem and “proof” of the type of issues raised in the lawsuit.
“Our commissioner, if I recall, said not that long ago that he had never been exposed to nor witnessed racism or racist practices in the Fire Department in his 40 years,” Mr. Coombs said during an afternoon news conference. “Well, that lends to a question: I wonder where the younger Cassano got such thinking from? I wonder where he found the courage to tweet what he tweeted, who made comments about people who he was supposedly serving? It lends to the bigger issue. Not only is it embedded, it is accepted.”
Some of Mr. Cassano’s posts on Twitter took issue with the nature of his work. “Got kicked in the shin by a drunk and had to carry a 275 pound guy down 5 flights of stairs,” he wrote in early March. “my job is the worst.”
A more recent post, from March 11, has proved prophetic: “I can’t wait until I don’t have to wake up and dread going to work.”