The township calls the comments “unacceptable”

A volunteer firefighter has been suspended after allegedly suggesting he would rather save a dog than a black person from a fire.

Tyler Roysdon, 20, of Franklin Township, Ohio, made the racist comments on Facebook, according to local station WHIO. Screenshots obtained by the station show Mr Roysdon suggesting he would rather save a dog because “one dog is more important than a million n*****s”.

Township Fire Chief Steve Bishop suspended Mr Roysdon without pay, pending a disciplinary hearing on 27 September. The department allows all employees a closed-door hearing to provide evidence and summon witnesses to prove their innocence, according to Township Administrator Traci Stivers. 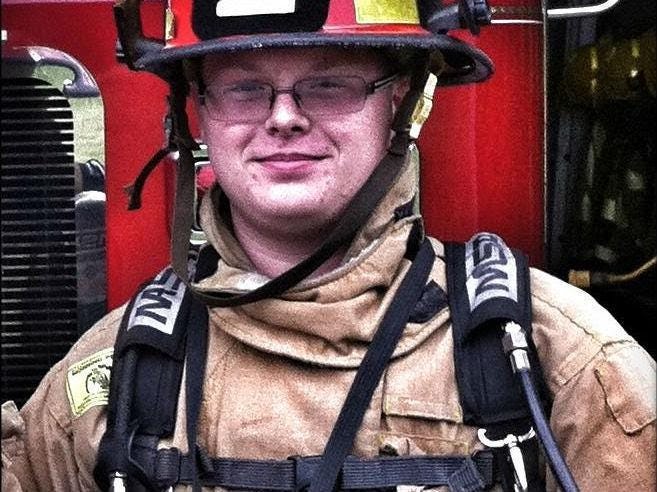 In a statement, Ms Stivers said the comments were “not acceptable behaviour for a township employee”. She added that the fire chief had asked Mr Roysdon to remove the post “immediately” after he discovered it.

The firing of any township employee must be approved by a vote from the board of trustees, local officials said. Trustee President Brian Morris told WHIO that he was “disgusted” by the comments.

“Even if you take race out of it, it still would be wrong,” Mr Morris said. “…There is no reason for him to say that anytime, anywhere.”

He added: “I want people to realise this is only one man’s comment. We have a great group of men and disgusting comments from one individual does not represent the entire fire department.”

A woman identifying herself as Mr Roysdon’s wife commented on Facebook to say that her husband had apologised, according to Fox 19.

“Everyone deserves a second chance and is also entitled to their own opinion,” she reportedly wrote.

The town is also grappling with the removal of a plaque celebrating Confederate General Robert E Lee from a local intersection.

Monuments to Confederate soldiers – who fought to preserve slavery in the United States – have been removed across the country after a white supremacist rally in Charlottesville, Virginia turned violent. Supporters of the Ohio monument say it is a testament to their history; detractors say it is racist and embarassing.

The plaque was removed by the neighbouring city of Franklin over a “right of way issue,” according to Franklin Mayor Denny Centers. The city has said they plan to return the plaque to the township.

The Independent has reached out to Mr Roysdon for comment.