A prostitution ring-running firefighter has been arrested after a police raid uncovered his sordid sex lair.

Inside the home officers found two floor-to-ceiling poles, a large bar with a DJ booth, two bedrooms and a kitchen.

Six lockers, labeled with women’s nicknames, were housed in one room, as well as a chalkboard offering tips on how to avoid being caught out by police. 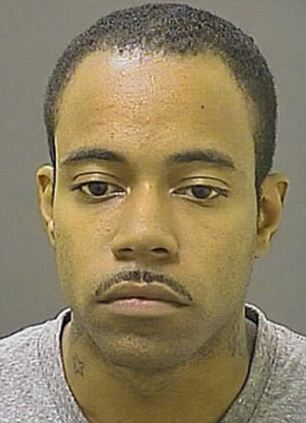 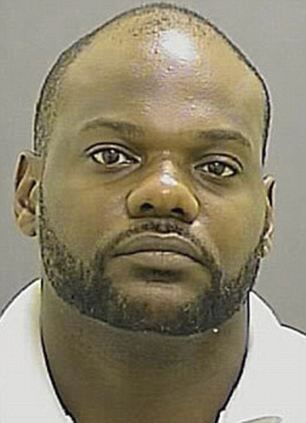 They included not mentioning sex for money on the phone and always searching clients for police wires.

‘Ask about law enforcement!’ the board warned.

It is the second time that 29-year-old Simmons will face multiple prostitution-related charges after he and his alleged accomplice, 33-year-old Franklin Coit, were arrested in 2010.

Since then the pair have built up their prostitution ring with around 25 women, police said.

They were each taking a hefty sum of the money brought in by the women they hired, advertising their services on websites associated with prostitution.

Simmons has been suspended from his role as a Hampden fireman, where he was earning close to $60,000-per-year and the Fire Department is conducting its own investigation.

‘We operate like a paramilitary organization,’ spokesman Chief Kevin Cartwright told the Baltimore Sun. ‘The same conduct and behavior is expected of all of us, whether we are in uniform or out of uniform.’

Simmons faces 11 charges, including eight related to operating a prostitution business and two related to suspected marijuana and a pipe found in the apartment. Coit faces similar charges, plus two gun charges.

Baltimore city recently revised its procedures for handling employees who are charged with crimes, having discovered it had paid nearly $13,000 for sick leave to an employee in jail.

Simmons maintains that he is innocent and has been left ‘distraught and uncertain of his future’, his attorney Warren Brown told the paper.

‘I guess in a perfect world, public servants shouldn’t have brushes with the law, but they do,’ Brown said. ‘So the question becomes, “Is it a zero tolerance policy?” If you’re hauled before a court, you’re not worthy of employment? I don’t think that should be the case.’

He denied that the loft was a hub for prostitution, arguing instead that it was a ‘clubhouse’ where Simmons and his friends gathered late at night to ‘relax and entertain’ after bars had closed at 2am.

Brown added that Simmons hopes to ‘get back to doing what he loves doing, which is being a member of the Fire Department’.