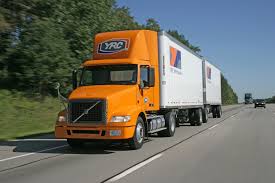 Under the terms of the settlement announced Friday, YRC Inc. accepted no liability for racial discrimination and harassment at its Chicago Ridge, Ill., terminal, the Chicago Sun-Times reported Saturday.

The federal suit was filed on behalf of dozens of current and former employees against Yellow Transportation Inc., a freight trucking company that was folded into YRC Inc.

The African-American employees said they found hangman’s nooses and racist graffiti, comments and cartoons at the now-closed Chicago Ridge terminal, where they worked.

“From what we found … this would happen over and over again and there was no effective response from the company that said ‘This is not acceptable’ or ‘This is not allowed,'” said Richard Mrizek, the Equal Employment Opportunity Commission trial attorney in this case. “So it kept happening again and again and again.”

The lawsuit arose from incidents that occurred from 2002 to 2009, when the Chicago Ridge facility closed, Mrizek said. Up to 324 African-American employees may be eligible to make a claim in the settlement.

The EEOC’s race harassment and discrimination suit charged African-American Yellow Transportation employees were subjected to harsher discipline and scrutiny than white employees and were given more difficult and time-consuming work, the Sun-Times said.