A five-month-old baby is recovering in hospital after being given formula with alcohol in by her mother and grandmother.

The grandmother, Tressie Piggee, 44, from Stockton, California, said she made the baby a bottle of formula with what she thought was water but was actually Bacardi rum on Friday night.

The baby girl, Vanessa, was rushed to hospital on Saturday morning,where police arrived and arrested her mother, 26-year-old Iesha Hill. 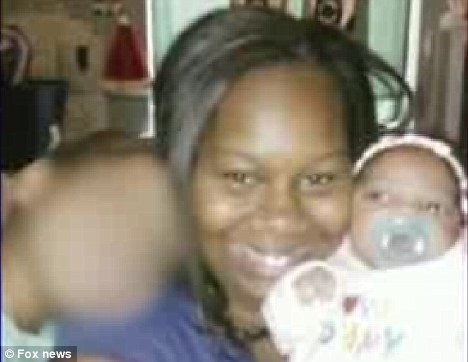 Arrested: Iesha Hill, 26, has been arrested on child abuse charges after giving her five-month-old daughter Barcardi rum. The woman’s family say it was an accident

Piggee said that the incident was an accident caused because she mistook the Bacardi for water as it was in a water bottle.

‘I was making formula at 2 am and didn’t know that the plastic bottle next to the baby’s formula was filled with Bacardi – and not water,’ Piggee explained to Fox News.

Piggee said that neither she or her daughter could understand why the baby was refusing to drink her formula on Friday night. 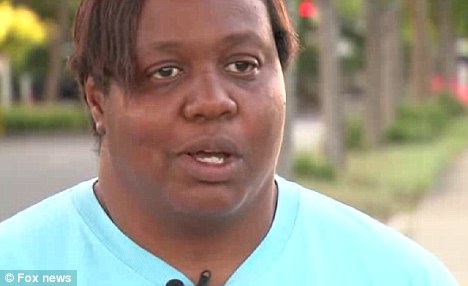 All an accident: The baby’s grandmother, Tressie Piggee, said she filled the baby’s formula bottle with Bacardi, which was stored in a water bottle

However when Vanessa’s head started wobbling around 10am the next morning, they knew something was wrong, alleged Piggee.

Hill opened the bottle to see if something was wrong with the formula and smelt alcohol.

They rushed Vanessa to hospital in Stockton where she was quickly transported to UC Davis Medical Center in Sacramento for treatment.

Hospital staff called the police and Hill was arrested on child abuse charges.

‘A 5-month-old baby ingesting any amount of alcohol, that’s definitely a serious situation which has to be dealt with immediately,’ Stockton police officer Joe Silva told Fox News. 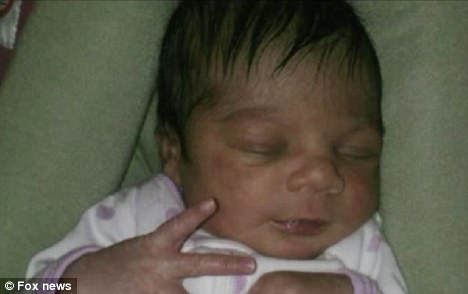 Recovering: Baby Vanessa is in hospital on her way to making a full recovery after being fed the alcohol on Friday night

Hill is in custody at the San Joaquin County Jail and is due in court on Tuesday.

Piggee has spoken out to say that she doesn’t think her daughter should have been arrested because the incident was an accident.

She described her daughter as a ‘good mother’ who did her best, adding that ‘we all make mistakes.’

‘We feel bad for the baby because she’s up there suffering right now because of our mistakes,’ Piggee told Fox News, standing outside the hospital, where the 5-month-old is on her way to making a full recovery.

Child protection services have been called.

Violence in Chicago The Interrupters Pt.2