A five-year-old girl from Trenton, New Jersey whose parents are charged with her death had multiple wounds and was severely underweight when she died, a court heard today.

At a bail hearing, Deputy First Assistant Prosecutor Kimberly Lacken said an autopsy found hemorrhaging in four areas of the girl’s head, leading to a coroner’s determination that she died of blunt force trauma.

Originally the parents had been charged with child endangerment, but that was upgraded to homicide following the autopsy. 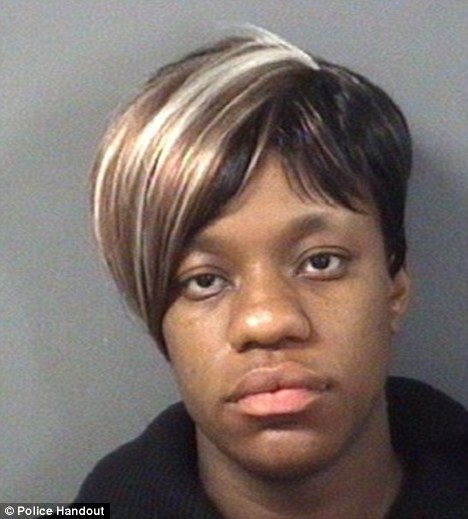 Mother: Dominique Smith, 22, claimed that she had stopped using the belt to discipline her daugther, but open wounds found in the autopsy suggested otherwise

The girl also had open wounds over her eye and on her buttocks and several other healing wounds, reports New Jersey.com.

She was severely underweight at the time of her death, weighing as much as a typical three-year-old rather than a five-year-old, Lacken said.

Police searched the home and found a large belt they believe was used to discipline the girl and her six-year-old brother. Police said the belt and its buckle were used to cause the girl’s wounds, including an untreated gash on her buttocks that may have been infected.

‘This belt was clearly used for disciplining,’ Lacken said. ‘It’s huge. It’s not something anyone would wear.’

The parents, Dominique Smith, 22, and Masceo Emanuel, 25, separately appeared in court via video feed from the county corrections center, where they are being held. Their heads were bent down and they rarely looked up. 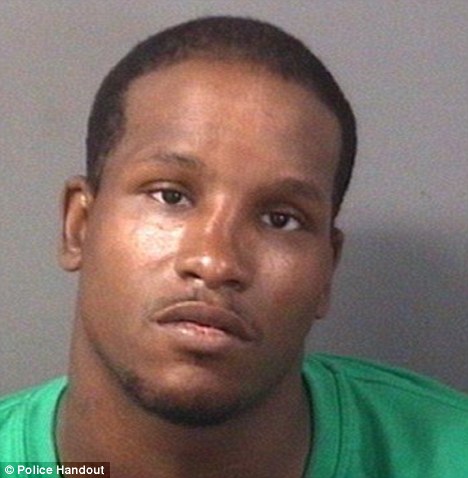 Criminal record: Masceo Emanuel’s prior convictions include drug charges, resisting arrest, an aggravated assault charge on a police officer and a sexual assault conviction as a juvenile

‘Mr. Emanuel wants your honor to know that he is still mourning his daughter,’ defense attorney Jeff Broderick told the judge. ‘She was his little angel.’

After hearing the facts of the case, Superior Court Judge Pedro Jimenez said he was not willing to lower the couple’s bail ‘by one cent’ and kept bail at $1 million each.

The couple told investigators that on July 10, the girl, whose name has not been disclosed, suffered an asthma attack and fell asleep in the living room of their home after they gave her medication.

They later went to bring her to bed, found she was not breathing and called 911. She was pronounced dead at midnight on July 11.

After the girl’s wounds were discovered in the autopsy, Smith and Emanuel first said she was injured from playing roughly with her brother, but later confessed they had used the belt for discipline.

Smith said that she had disciplined the girl from age three until March of this year, when state child protection workers were called to the home.

While Smith claimed that she had stopped using the belt on the child after that point, the open wounds found in the autopsy suggested otherwise, Lacken said.

The parents were initially charged with child endangerment and Smith was released without bail because she was eight months pregnant. The baby was born last month and Smith and Emanuel are in custody.

Jimenez ordered that if the parents are able to raise bail they may not contact their six-year-old son, their newborn child or Emanuel’s child with another woman.

The couple’s two children are in the care of the Division of Child Protection and Permanency, and Emanuel’s five-year-old child lives with his ex-girlfriend.

Smith has no prior adult charges. Emanuel has several, including drug charges, resisting arrest, an aggravated assault charge on a police officer and a sexual assault conviction as a juvenile, and he has served time in prison.

He has also failed to register as a sex offender, an offense under Megan’s Law, said Lacken.

MLK Conspiratus (Documentary on the assassination of Dr. King)