Could it be the latest in a worrying trend of ‘flash mob’ thievery?

This video captures the moment a gang of 20 teenagers descended on a Chicago designer clothes store.

They robbed $3,000 worth of designer jeans, the second ‘flash rob’ episode in less than two weeks.

The thieving teens were caught by a surveillance camera as they marched into Mildblend Supply Co in Wicker Park, making straight for a display of expensive denim-wear. 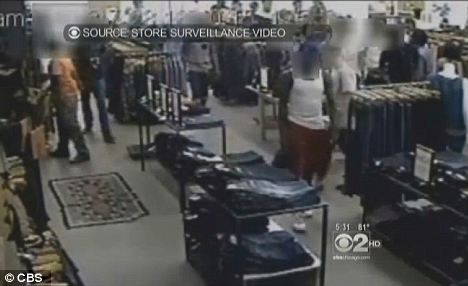 Thievery: The 20 teens stream into the door procession-style

The teens can be seen as they start leafing through piles of $200-a-pair Nudie jeans, stuffing them into backpacks.

Growing wise to the theft, manager Luke Cho locked the front door, and told his staff to dial 911.

‘You see a group a group of teenagers walking in – or marching in – one-by-one.

‘As you can see, it looks like it’s some kind of procession,’ Cho told CBS, after having released the footage.

‘I quickly realised something bad’s about to happen.’ 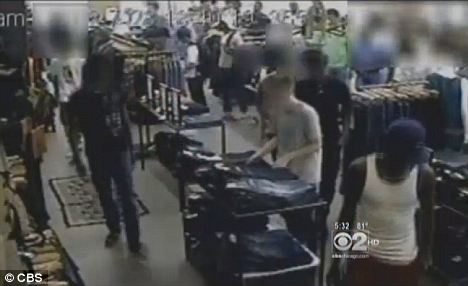 Flash mob: The teens make straight for a display of expensive jeans 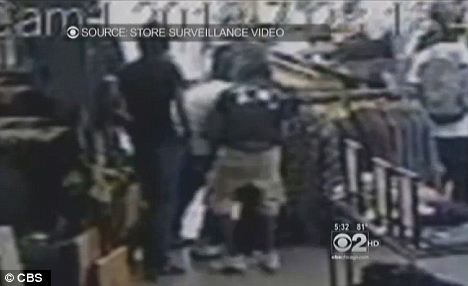 At first stumped by the bolted door the teens started banging on the glass, as others outside the store tried to get in.

Eventually they figured out the lock themselves and made off with their stash.

Police took 30 minutes to show up by which point all 20 had fled the store and, easily blending in among shoppers in the busy street outside.

Cho, who described the teens as a ‘flash mob’, put the video up on YouTube in the hope that it might help catch the thieves and warn other shop owners about their tactics. 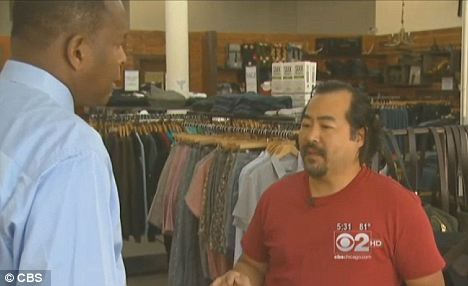 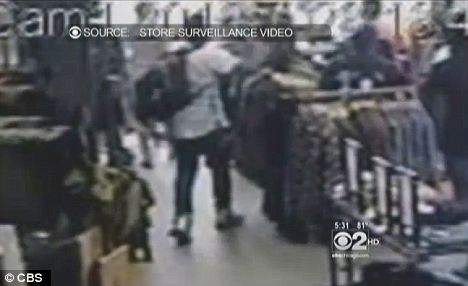 Outta here: The bolted door didn’t keep the thieves at bay for long. They soon got it open and fled with their hoard

‘I think if they zero in on a product they want to steal, they’re going to go anywhere, and basically organize, and plan it to hit what they want.’

The teens’ raid comes less than two weeks after a 300-strong gang stormed a Jacksonville, Florida Walmart in what has been dubbed a ‘smash mob’. 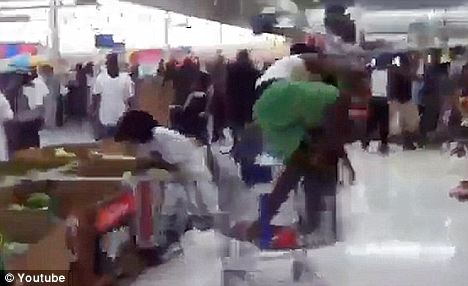 Repeat performance: The teens’ raid comes less than two weeks after a 300-strong gang stormed a Jacksonville Walmart in what has been dubbed a ‘smash mob’

They ran wild, destroyed $1,500 of property, started a food fight and fired gun-shots.

Police confirmed they are investigating Saturday’s robbery but have not made any arrests.

In His Hometown of Chicago, a Policy Speech by Obama Turns Personal