TALLAHASSEE, Fla. — The lieutenant governor of Florida, Jennifer Carroll, abruptly resigned on Tuesday, the result of a criminal investigation into an Internet sweepstakes company for which she once served as a consultant.

Ms. Carroll, 53, the first African-American woman to serve as lieutenant governor in Florida, had soared in state Republican politics in the past decade. But her tenure as lieutenant governor has been marred by scandal and poor judgment, and Ms. Carroll was increasingly viewed as an embarrassment to the man who chose her for the job. Gov. Rick Scott. He remains unpopular in the state and is expected to face a tough re-election battle. 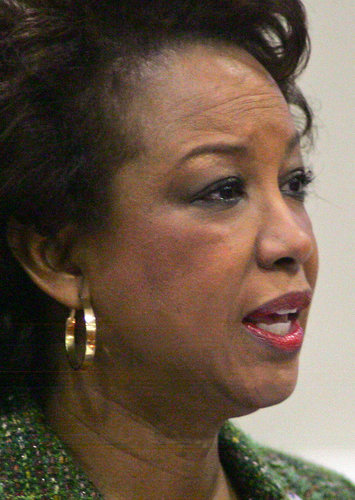 Mr. Scott declined to say whether he asked for her resignation or when he first learned details of the inquiry. He said he had no information indicating she had broken the law.

In a news release she put out late Wednesday, Ms. Carroll said she would fully cooperate with the federal and state agencies investigating the sweepstakes company, which ran a quasi-gambling operation. She said the company,Allied Veterans of the World, had been a client of the public relations firm she co-owned before her appointment. She filmed an advertisement promoting Allied Veterans as a Florida House member.

“Although I do not believe I or my company are targets of the investigation,” she said, she did not want to be a distraction for the administration.

Florida Democrats seized on the resignation, calling Mr. Scott “a scandal-plagued governor” with “a revolving staff door” of people who resigned because of wrongdoing. Two high-ranking people in his administration have had to resign after ethics lapses. Mr. Scott said he would not replace Ms. Carroll right away, preferring to focus on his agenda until the Legislature goes home in early May.

The resignation came the same day Ms. Carroll was interviewed by the Florida Department of Law Enforcement. Investigators questioned her about her former association with Allied Veterans of the World, a Florida nonprofit that operates dozens of Internet “sweepstakes” cafes in the state. Ms. Carroll once co-owned a public relations company that represented Allied Veterans, although her firm stopped conducting business after she became lieutenant governor.

Ms. Carroll, a former Navy lieutenant commander, has not been charged with a crime and it is unclear whether she is being investigated.

Sweepstakes cafes operate in a legal gray zone, allowing customers to buy Internet or phone cards that allow them to play games that resemble slots or video poker. They have been called “convenience casinos.”

Pam Bondi, the Florida attorney general, announced Wednesday that law enforcement officials had issued nearly 60 arrest warrants for people in Florida and several other states on charges of racketeering, illegal gambling and money laundering, among others.

Operating under the guise of a charitable organization for veterans, Allied Veterans of the World leaders were running a $300-million illegal gambling scheme, Ms. Bondi said at a news conference. The company lied about how much of the proceeds from these cafes were donated to charities affiliated with the Department of Veterans Affairs. The company grossed $290 million, an affidavit said, but donated only $6 million.

Ms. Carroll had served as a consultant for the company while she was a Florida House member in 2009 and 2010. Ms. Carroll first became a state lawmaker in 2003, becoming the first African-American Republican member.

In 2010, Ms. Carroll’s association with the company briefly came under scrutiny when she introduced a bill to legalize sweepstakes games. She withdrew the bill, saying it was filed by mistake by an aide, according to The Florida Times-Union. The Legislature is considering banning the 1,000 sweepstakes cafes, which do $1 billion of business a year. They operate under a loophole in Florida gambling laws.

Last year, Ms. Carroll was forced to defend herself after a former aide said in a court filing that she had caught the lieutenant governor in a compromising position with another female aide. Ms. Carroll, who is married and has three children, inflamed the scandal by saying, “Black women who look like me don’t engage in relationships like that.” She later apologized.

Christine Jordan Sexton reported from Tallahassee, and Lizette Alvarez from West Palm Beach, Fla.
This article has been revised to reflect the following correction:
Correction: March 15, 2013

An earlier version of this article misstated the position held by Jennifer Carroll when she filmed an advertisement promoting Allied Veterans of the World. It was when she was a Florida House member, not as lieutenant governor.

Self-empowerment is the best way to defeat racism in academia