A football player who suffered devastating injury on the field may be left paralysed, after fracturing his spine mid-game.

His distraught teammates and loved ones now face an agonising few days as they wait to find out whether he will ever walk again, following a three-hour surgery. 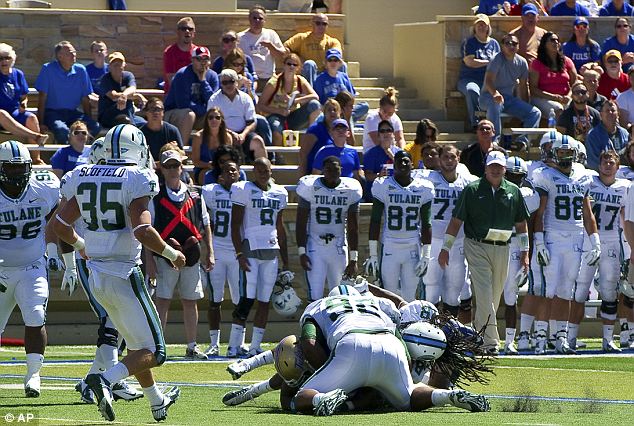 He is said to be in a stable condition, recovering in an intensive care unit but doctors are as of yet unsure what the outcome will be.

‘These kind of injuries take 24, 48, sometimes 72 hours to fully declare themselves,’ Dr. Greg Stewart, Tulane’s director of sports medicine said before the surgery.

‘We don’t know what the long-term implications and outcomes are going to be.’

Walker’s injury occurred on the final play of the first half, hours after Tulane opened the Conference USA portion of its schedule against Tulsa. 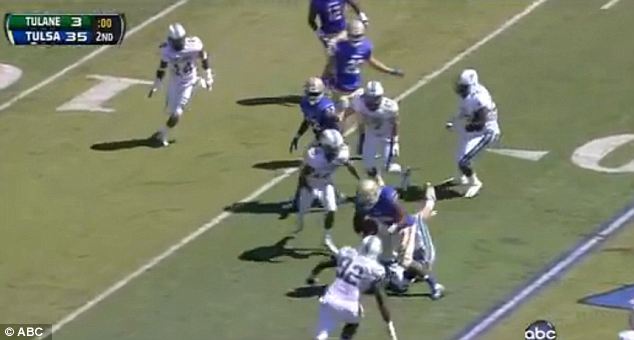 Tulsa was leading 35-3 and facing a fourth-and-2 with the ball at the 33-yard line when the Golden Hurricane called timeout. Tulane then called timeout.

When play resumed, Tulsa quarterback Cody Green tossed a short pass to Willie Carter, who caught it at about the 28, and turned upfield. 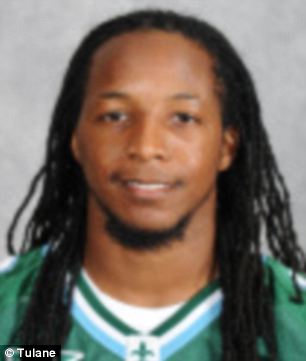 Devon Walker is a senior majoring in cell and molecular biology

He was tackled around the 18-yard line, with defensive tackle Julius Warmsley and Walker sandwiching him and apparently smashing the crowns of their helmets into each other.

Medical personnel from both teams came out about 12.37 pm to attend to Walker as he lay on the field.

It was originally reported that Walker stopped breathing but Dr Buddy Savoie said during a postgame news conference that Walker never completely lost consciousness and was breathing on his own.

‘He was stable when we transported him,’ Savoie said. ‘I do not think, based on the information we have, his life was ever in danger.’

At about 12.52 pm, Walker was lifted onto a stretcher and loaded into a waiting ambulance about two minutes later.

The ambulance drove off the field about 1 pm and he was taken to Saint Francis Hospital.

Dr Stewart said he was with Walker on the field, in the ambulance and at the hospital after the injury Saturday.

He said Walker was put into a cervical collar and couldn’t see much of what was happening, so Stewart explained what was going on. Walker was talking with doctors as he was being treated, Stewart said.

FOX Sports reported that a hush went over the crowd at H.A. Stadium as Walker was attended to on the field.

Several coaches were in tears.

Spectators bowed their heads as someone on the field led the stadium in prayer.

Walker is a senior majoring in cell and molecular biology. His brother, Raynard, told The Associated Press that their mother was watching the game on television when her son was injured.

Walker’s parents have since traveled to Oklahoma to be with their son. 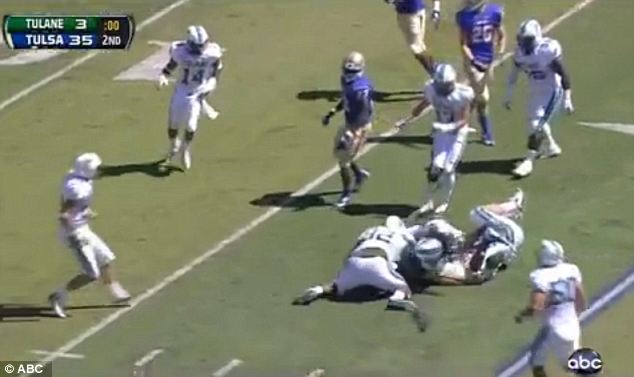 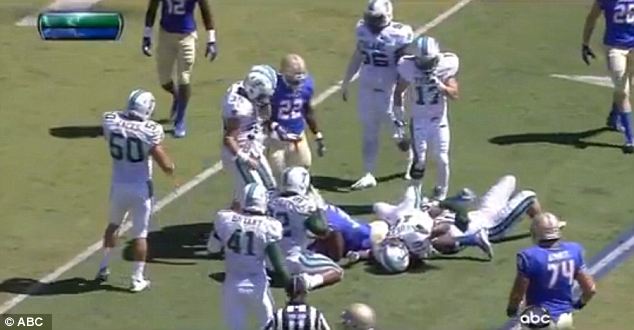 The family was waiting for an update on Walker’s condition, he said.

‘We haven’t heard much at all,’ he added. ‘We’re still kind of in the dark right now.’

Tulane head coach Curtis Johnson told a FOX Sports sideline TV reporter after the 45-10 loss that he hadn’t received an update on Walker’s condition, but said the injury had devastated his team.

‘Mood in the locker room was somber. Definitely one of the most difficult times,’ he said. ‘It was tremendous that they finished the game, as I thought about just saying “Hey look, let’s not do anything else. Let’s just get on the road and go”.’ 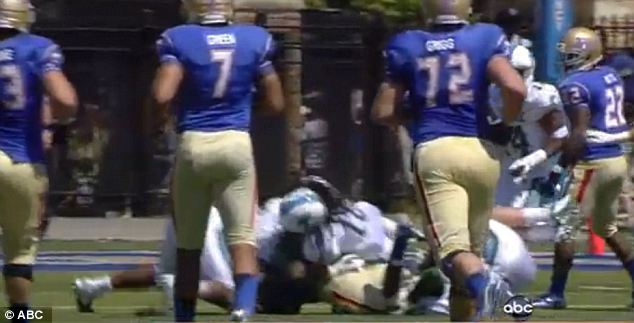 Close up: The moment Walker hits the ground, having smashed heads with a teammate

Lincoln’s Plan of resettling emancipated slaves on 10,000 acres of land in Panama in 1862