BRUCE SMITH March 18, 2012
CHARLESTON, S.C. (AP) – While most Americans are familiar with the Underground Railroad that helped Southern slaves escape north before the Civil War, the first clandestine path to freedom ran for more than a century in the opposite direction.

Stories of that lesser-known “railroad” will be shared June 20-24 at the National Underground Railroad Conference in St. Augustine, Fla. The network of sympathizers gave refuge to those fleeing their masters, including many American Indians who helped slaves escape to what was then the Spanish territory of Florida. That lasted from shortly after the founding of Carolina Colony in 1670 to after the American Revolution.
They escaped not only to the South but to Mexico, the Caribbean and the American West.
And the “railroad” helps to explain at least in part why the lasting culture of slave descendants – known as Gullah in South Carolina and Geechee in Florida and Georgia – exists along the northeastern Florida coast.
“It’s a fascinating story and most people in America are stuck – they are either stuck on 1964 and the Civil Rights Act or they are stuck on the Civil War,” said Derek Hankerson, who is a Gullah descendant and a small business owner in St. Augustine, Fla. “We have been hankering to share these stories.” 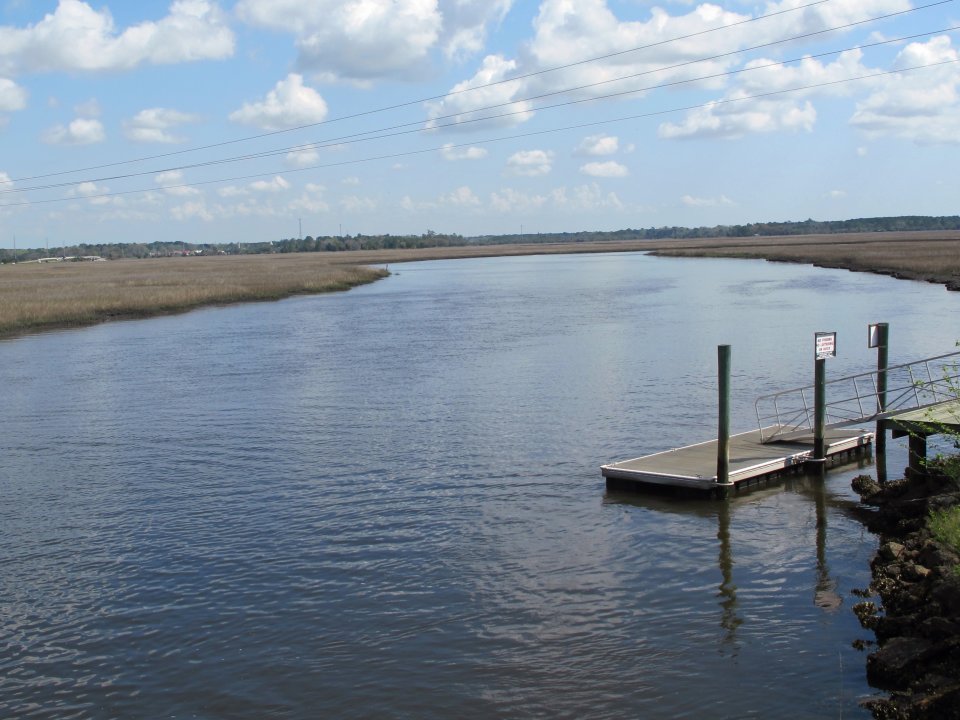 In this March 14, 2012 photo, Wallace Creek, a tributary of the Stono River, flows west of Charleston, S.C. The creek is near the site where the Stono Rebellion, the largest slave insurrection in British North America, broke out in 1739. (AP Photo/Bruce Smith)

Because there are few records, it’s unknown how many African slaves may have escaped along the railroad. But the dream of freedom in Florida did play a role in the 1739 Stono Rebellion outside Charleston, the largest slave revolt in British North America.
Slaves likely started fleeing toward Florida when South Carolina was established in 1670, said Jane Landers, a Vanderbilt University historian who has researched the subject extensively. The first mention of escaped slaves in Spanish records was in 1687 when eight slaves, including a nursing baby, showed up in St. Augustine.
Spain refused to return them and instead gave them religious sanctuary, and that policy was formalized in 1693. The only condition is that those seeking sanctuary convert to Catholicism. 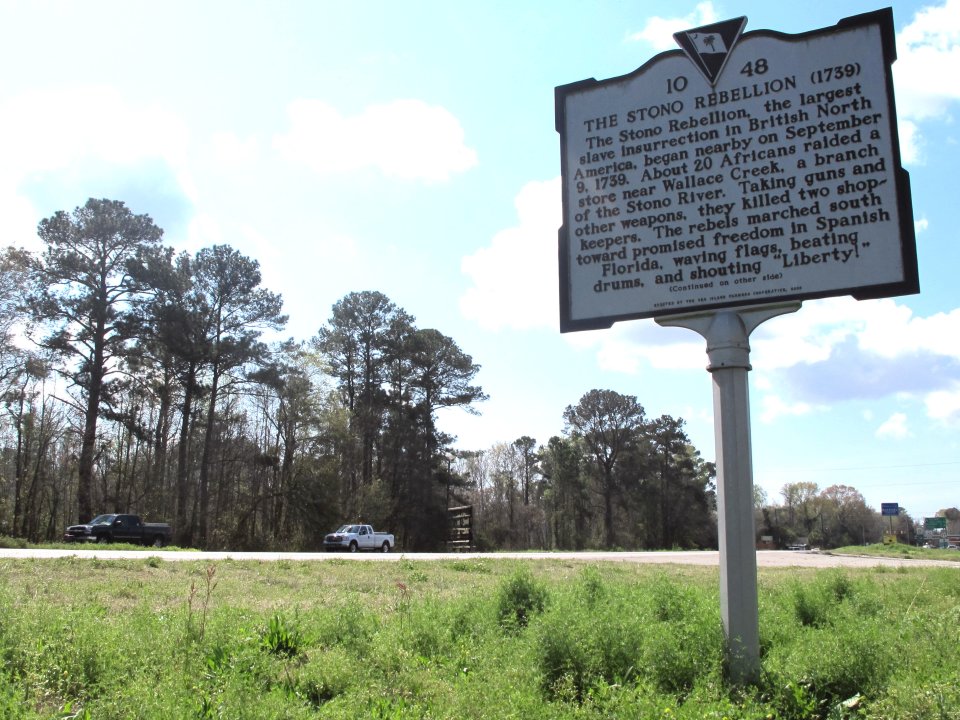 “It was a total shift in the geopolitics of the Caribbean and after that anyone who leaves a Protestant area to request sanctuary gets it,” Landers said.
That promise of freedom played an important role in the Stono Rebellion, when a group of about 20 slaves raided a store, collecting guns and other weapons, in September 1739.
Mark Smith, a historian at the University of South Carolina, said the slave leaders were from what is now Angola in Africa. They were Catholic, because their homeland was at the time a Portuguese outpost. And they are thought to have been soldiers in their native land.
They would have known about the rumor of freedom in Spanish Florida and decided to start the revolt on Sept. 9, the Feast of the Nativity of the Blessed Virgin Mary.
“They have a white flag, which is not a flag of surrender. It’s a flag of celebrating Mary, and they shout ‘Liberty.’ They are not revolting just as slaves, but as Catholic slaves,” Smith said.
At least 20 whites were killed in the rebellion. The militia later caught up with the slaves and 34 of them were killed. Some who escaped were found and executed later, although some apparently made it to safety in Florida because there are reports of more slaves arriving in St. Augustine in the ensuing days, Landers said.
Gullah creole is still spoken in churches in northeastern Florida, Landers said.
Hankerson, who grew up with stories of the Underground Railroad, said escaped slaves got help from American Indian tribes including the Creeks, the Cherokees and the Yemassee. They also advanced deeper into Florida and found refuge with the Seminoles.
Except for about 20 years when the British held St. Augustine between the end of the French and Indian War and the end of the American Revolution, the Spanish policy of sanctuary remained in effect until 1790 when Secretary of State Thomas Jefferson convinced the Spanish crown to end it. Many runaways escaped amid the chaos and violence of the revolution, and keeping that corridor open could have drained the Southern colonies of slaves, Landers said.
Unlike the Underground Railroad going north, the early network was more informal: Neither the slaves nor the indigenous tribes that helped them left written records, and there was no church structure like the Quakers organizing the effort, Landers said. It’s unknown exactly how many stayed among the American Indians or how many died.
The British saw slaves as property and labor for their plantations and offered rewards for their return.
By contrast, Landers said, “the Spanish believe the indigenous people and Africans could be converted and as such were humans and had families and souls to save.”