On the 150th anniversary of the Emancipation Proclamation, discussion over who freed the slaves, fueled by movies like “Lincoln,” have become commonplace. While historians have debated the relative roles of Abraham Lincoln and the slaves themselves in the coming of emancipation, few have paid attention to the abolitionists, the forgotten emancipationists in the story of black freedom.
Actually, they’re hidden in plain sight, even in contemporary emancipation narratives. In Steven Spielberg’s “Lincoln,” which may well win the Academy Award for Best Picture this evening, they are represented by the lone figure of the Radical Republican Congressman Thaddeus Stevens. In Quentin Tarantino’s fictional western on slavery, “Django Unchained,” perhaps by the articulate German bounty hunter posing as a dentist (Christoph Waltz’s character isn’t pure fantasy; many “Forty Eighters,” refugees from the failed 1848 revolution in the German states, were political radicals and staunchly antislavery). In fact, the idea of a Thirteenth Amendment to the Constitution abolishing slavery, the subject of Lincoln, originated with abolitionists.
The problem with movies like “Lincoln” is not that they depict passive black characters — in fact most black characters in the movie are drawn in a nuanced fashion — but that nearly all characters in the movie, including Lincoln himself, are devoid of their proper historical context, particularly the abolitionists and the even larger political antislavery movements. Emancipation was not simply a presidential and congressional game; it was the long and hard-won result of decades of black and white activism before and during the war. 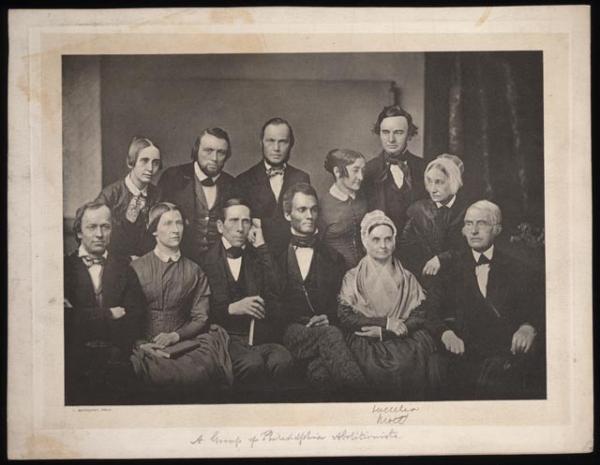 But the abolition movement is rarely the focus of popular depictions on emancipation. Radical “fanatics,” abolitionists do not fit into mainstream, Whiggish depictions of the progress of liberty in United States history. Nor do their severe castigations of the slaveholding republic conform to the conservative ideal of American “exceptionalism.”
The three-part series on the abolitionists airing on PBS (to which I, among other historians, contributed as a “talking head”) seeks to correct this neglect. Yet even while the series does a generally admirable job of rescuing at least the individuals it showcases from historical obscurity, the full and complex story of the abolition movement that advocated emancipation for years before the Civil War has yet to be told.
The roots of the abolition movement lay in the revolutionary era, when outstanding individual abolitionists in Philadelphia like the Quaker school teacher Anthony Benezet and Richard Allen, the former slave who founded the African Methodist Episcopal church, along with newly formed abolition societies and newly emancipated black communities, worked to end the slave trade and slavery. During the American Revolution, African-Americans fought on both sides, ran away and petitioned to gain their freedom, and many abandoned the land of their enslavement. The first wave of antislavery would end with the abolition of the African slave trade by Britain and the United States in 1808 and the gradual emancipation laws of the North. Instead of withering and dying away, as some had hoped it would, Southern slavery expanded and became entrenched in the nation’s economy and its political institutions, even as black freedom in the North fell far short of equality. It would once again be up to the abolitionists to break the national complicity on slavery and racism.