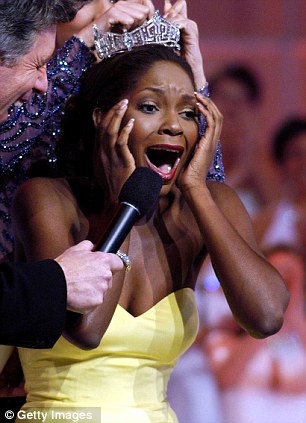 Moved: Ericka Dunlap, 32, who won Miss America in 2004, claims that an aggressive producer approached her during a commercial break, saying ‘I don’t give a f’*** who you are’, and demanding that she moved

A former Miss America winner claims she was moved from her seat during one of the organisation’s beauty pageants because she is black.
Ericka Dunlap, 32, who won the competition in 2004, claims that an aggressive producer approached her during a commercial break, saying ‘I don’t give a f’*** who you are’, and demanding that she moved.
Miss Dunlap, who became the first black woman to win Miss Florida in 2003, also claims that after she refused to move the producer returned with an assistant who ‘physically removed’ her from the seat.

The beauty queen said: ‘A producer came up to me and said: ‘Get out of that seat. I need the seat. I don’t give a f**k who you are. Get out of the f**king seat.”
She told TMZ that she refused to move, adding that she was spoken to ‘as if I didn’t matter’.
She said: ‘If I were any other Miss America, I would have never been spoken to like that.
‘But I’m the only black one who comes back.’
When she eventually removed from the seat, Miss Dunlap described feeling ‘mortified’.
She says that she is not planning to sue but is waiting for the Miss America organisation to issue an apology. 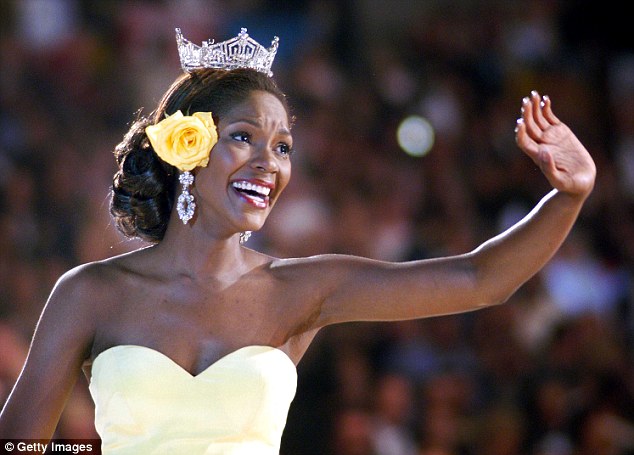 Rubbished: The Miss America organisation disputed the claims and said that it was ‘strictly a television production issue’

But the organisation rubbished the claims, saying that it was ‘strictly a television production issue’.
A spokesman said: ‘During the night of the telecast, Ericka was unhappy with her seat, and she chose to move to a camera blocked seat that was reserved for the parents of our contestants.

‘At the top of the show, the stage manager asked her to move to seat the contestant’s parents, and she refused to move.

‘She subsequently was offered a better seat, however she refused it. It was strictly a television production issue.’
Read more: http://www.dailymail.co.uk/news/article-2263826/Former-Miss-America-Ericka-Dunlap-demands-apology-organisers-claiming-racist-producer-told-seats-shes-black.html#ixzz2IGcnI49Q

Report: Half of black students in Maryland attend segregated schools