Former President George W. Bush showed his compassionate side by spending Fourth of July at an orphanage in Zambia.

The 66-year-old and his wife Laura visited the Kasisi Children’s Home in Lusaka, one of the largest orphanages in the country.

Pictures released during Mr Bush’s one-week stay in Africa show him tenderly hugging a young boy and holding a baby while his wife looks on. 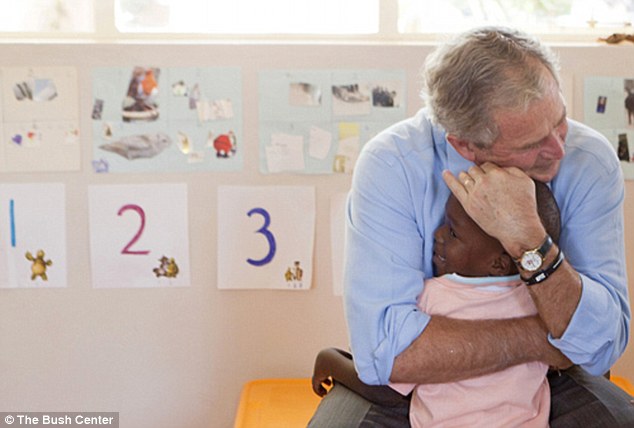 Affectionate: Former president George W. Bush cuddles up to a child in Lusaka, Zambia, Africa on July 4 during a week-long trip 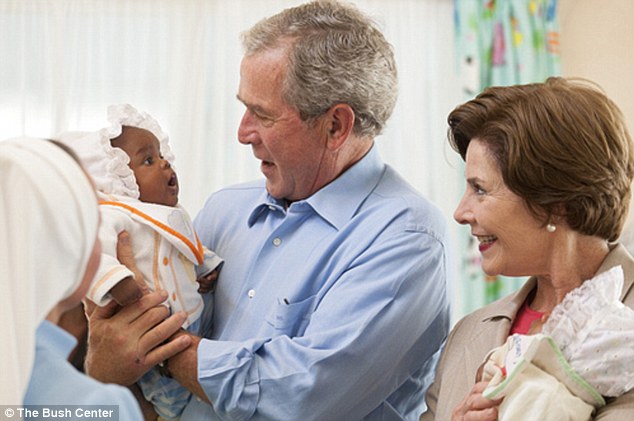 Paternal: George W. Bush holds a baby while standing next to Mrs. Laura Bush in Lusaka, Zambia, Africa on July

He can be seen interacting with the children at the center which is home to 230 orphans – 60 of whom live with HIV.

He appeared to be a hit with the children, who lined up to shake his hand and listened intently as he read to them.

The former Governor of Texas’ visit was part of a mission to raise awareness of a cervical cancer detection and treatment program he has set up in Zambia, which has the second highest number of cervical cancer cases in the world

Many Zambian women infected with the disease are also living with HIV and have weakened immune systems, according to the Catholic Online. 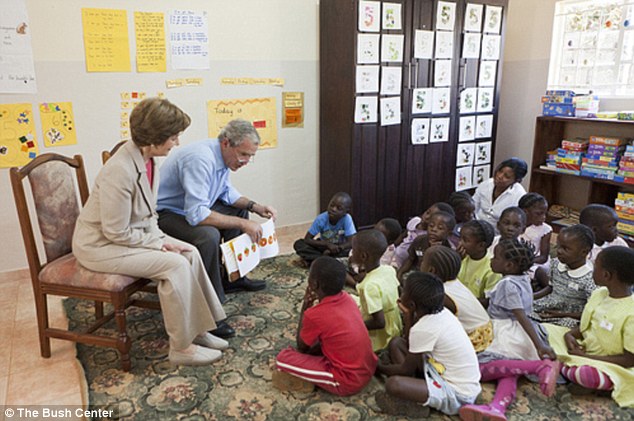 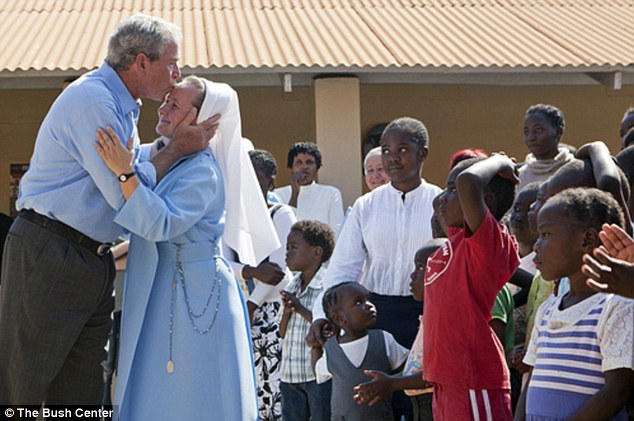 Tactile: The 66-year-old hugs a nun at the Kasisi Children’s Home in Lusaka, one of the largest orphanages in the country 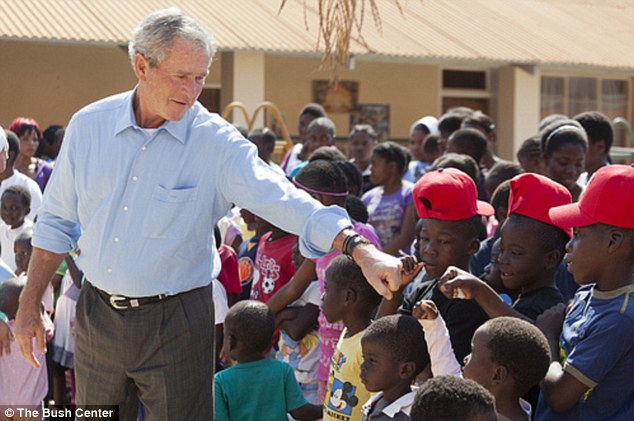 Friendly: He appeared to be a hit with the children, who lined up to shake his hand 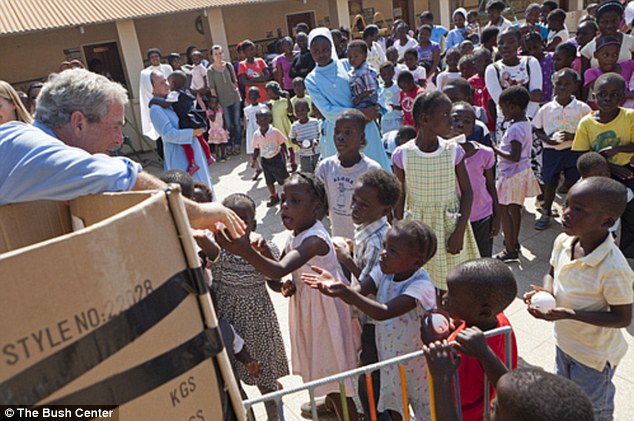 Visit: Mr Bush can be seen handing out balls to the orphaned children, who wait eagerly in line 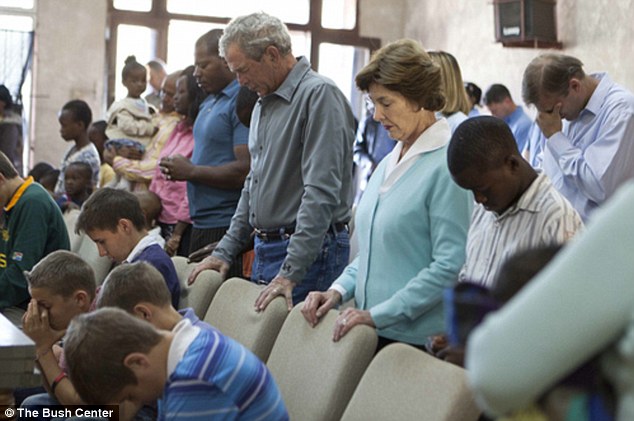 ‘The saddest thing of all is to know a lady’s life has been saved from AIDS but died from cervical cancer,’ Bush told the website. ‘And so starting in Zambia, the Bush Center, along with our partners, are going to put on a cervical cancer crusade to save lives.’

Mr Bush described his trip as ‘a labor of love’ which was born out of a commitment to save lives.

Also on Independence Day, the former first family visited University Teaching Hospital where they opened the Center of Excellence for Women’s Cancer Control, which aims to reduce deaths from women’s cancers in the African region by raising the standards of care through education, training and research. 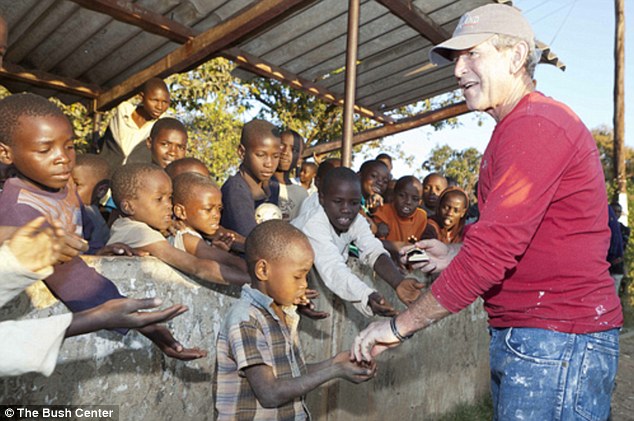 Eager: George W. Bush interacting with a group of children in Kabwe, Zambia during his mission to renovate a women’s cancer screening center 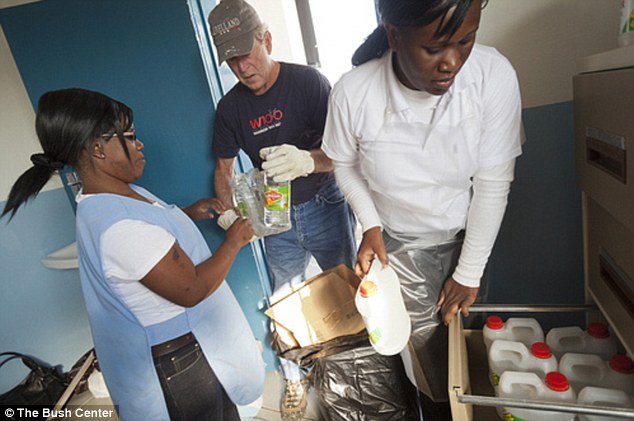 Volunteering: Mr Bush working in Kabwe, Zambia on July 3 as part of his mission to promote cervical cancer detection and treatment programs for Zambian women 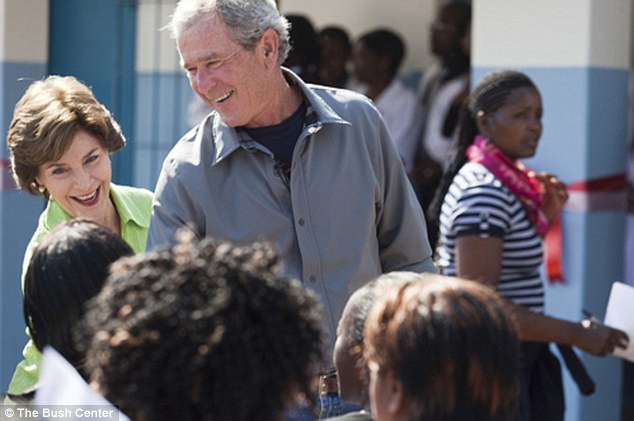 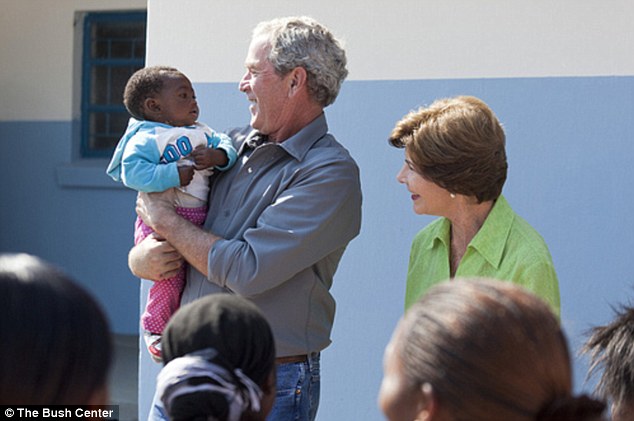 Warm: George W. Bush picks up a toddler at the Ngungu Health Center while Mrs. Laura Bush looks on in Kabwe, Zambia, Africa 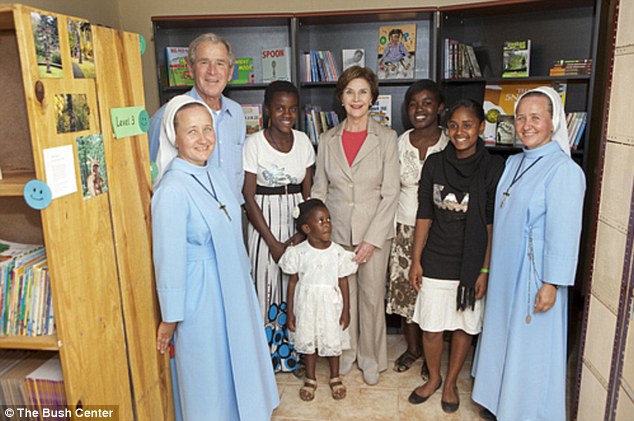 Posing: Mr and Mrs Bush at the orphanage in Lusaka, Zambia on Independence Day