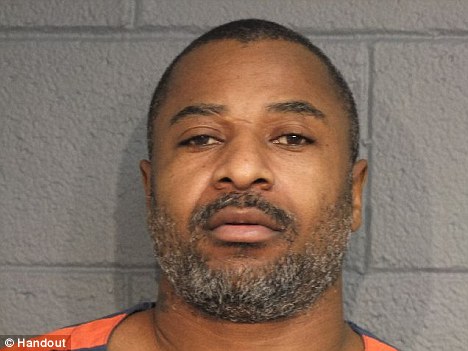 A former Michigan inmate has filed a lawsuit claiming he and other inmates were deprived of toilet paper by prison guards who told him to instead use his hands to wipe ‘like monkeys do.’

Timothy Hamilton of Kalamazoo claims his behind-bars experience left him so emotionally scarred he’s seeking more than $400,000 in damages while also nervously stocking up on toilet paper at his own home.

‘While being in the Kalamazoo, Michigan County Jail, we (inmates) were not given tissue for several days,’ the 43-year-old wrote in the lawsuit obtained by MLive.com after its filing on Monday.

Outraged: Timothy L. Hamilton, 43, has filed a lawsuit claiming he was emotionally abused in a Michigan prison after allegedly denied toilet paper and told to wipe with his hands

‘We had to rip our boxers, socks, T-shirts in order to wipe ourselves, and had to take three or more showers daily to stay clean.

‘One officer said, “wipe it with your hands and quit crying. It could be worse,”‘ he claims.
Hamilton had been booked in the county jail in January of 2012 on a charge of assaulting a police officer. It was one of several sentences he had served at the facility according to arrest records.

Approximately one month later in February he was released. 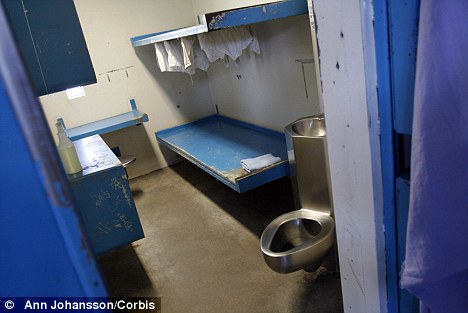 No other choice: While behind bars in early 2011 for assaulting a police officer he claims he and other inmates had to use their clothes to wipe themselves (file photo)

At the time of the six-page complaint’s completion in December, Hamilton was serving time in the Fourth Avenue Jail in Phoenix, Arizona on matters unreleased.

Naming the Kalamazoo County Sheriff as his defendant in his case, Undersheriff Pali Matyas spoke to MLive denying Hamilton’s allegations.

‘I can safely say we’ve never had a shortage of toilet paper here at the jail,’ he said.

That’s something, however, Hamilton vehemently contests. 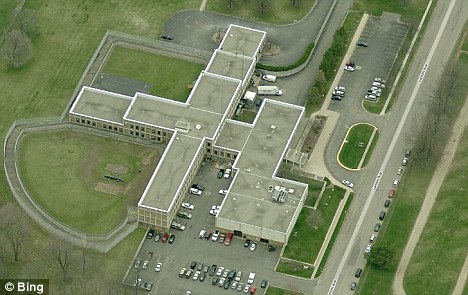 No stranger: The Kalamazoo county jail is seen where Hamilton has been booked more than once according to records. He was jailed in an Arizona facility at the time of his suit’s completion

‘The officers got to the point they were like, “The whole (expletive) jail is out so quit (expletive) asking,’ he wrote, adding: ‘…the officers were making jokes, “Wipe your ass like monkeys do.” That was very painful to hear…’

His lawsuit claims his 8th and 14th constitutional amendment rights were violated.

He seeks $400,000 in compensatory and punitive damages as well as attorney fees.

Lessons in Community From Chicago's South Side