The semi-literate scrawl on Page 48 of a scrumpled foolscap ledger reads simply “1.47am Call police found tape on Doore”. It is now preserved as a crucial historical document in America’s National Archives, alongside the Declaration of Independence and the Constitution. But the man who penned it, Frank Wills, has died in deepest poverty at the age of 52.It was he who precipitated the 1972 Watergate crisis and America’s first presidential resignation. His involvement brought him brief fame, including a small part in the film All The President’s Men, but eventually left him bitter and disillusioned. “I was treated like a criminal myself,” he commented a few years ago. “I got nothing for what I did and I completely lost my faith in the political system.”

As a teenager, Wills had moved from his native South Carolina to work at the Chrysler factory in Detroit, but Chrysler made him redundant during the 1968 recession. At the suggestion of fellow workers, Wills decamped to Washington, but as a 21-year-old black he found it hard to scrape a living when dozens of major cities, including the capital, were erupting in race riots which petrified white employers. Yet by the summer of 1972, he had secured a steady job as a security guard at the Watergate office complex, though only at the statutory minimum wage.

On Saturday June 17, he came on duty at midnight and carried out his first check of the offices, starting in the basement and working methodically up to the 11th floor. It was tedious work, trying the handle of each office door to confirm it was properly secured. It was also a sticky night and, when he had finished his first round, Wills went for an orange juice at the Howard Johnson motel across the road.

As he was leaving by the Watergate basement door he found its catch taped back. He stripped off the grey gaffer tape, explaining later that, “A lot of times we’d have engineers doing work late at night. They’d place something in the door because they’d be coming right back so I really didn’t pay much attention to it.”

However, before he returned to the security office after his break, he decided to double-check the door. Finding the catch retaped in exactly the same way, he made his historic phone call.

On the sixth floor of the building, the police discovered James McCord and four companions hiding inside the offices of the Democratic National Committee, in the throes of what President Nixon’s spokesman initially dismissed as “a third-rate burglary”. As the political storm developed, Wills tried to use his unexpected fame to win a rise for himself and better working conditions for his fellow security men.

The bargaining power of one young black has never been high in the US, and Wills soon found himself out of work. Though he received an award from the Democratic National Committee for his “unique role in the history of the nation”, it brought him no practical benefit. Not the least of his problems was his capacity to antagonise successive employers by absenting himself to give media interviews.

However, he firmly believed that his difficulty in finding work came from being “blacklisted”. He alleged that one Washington university had refused to hire him lest it lose federal funds (though Georgetown University did later recruit him to its security staff).

As he faded from the public scene, Wills’s problems multiplied. He drifted constantly between Washington and his mother’s home in North Augusta, South Carolina, finding a succession of short-lived and low-paid jobs. In 1983, he was convicted of shoplifting in Georgia, though he always maintained his innocence. The one beneficial outcome of the case was that it led the comedian Dick Gregory to hire Wills to promote a health supplement, a role which took him to live in the Bahamas.

In 1990, however, he had to return to South Carolina to care for his mother, by then seriously ill after a stroke. Both had to subsist on the £75 a week she received in social security payments. When she died in 1992, Wills was unable to meet the funeral costs, and had to donate her body for medical research.

From then on he got by doing odd jobs for neighbours and caring for his aunt, also a stroke victim. Earlier this year he was found to have an inoperable brain tumour. His daughter Angel survives him. 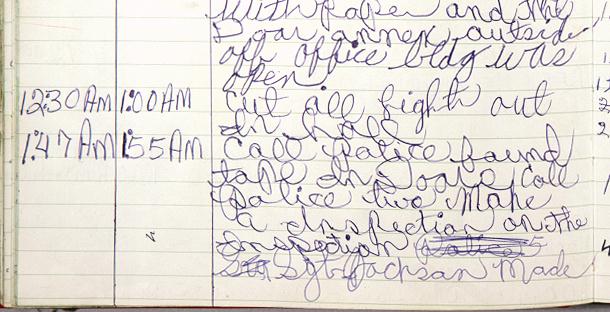 The Colored Patriots of the American Revolution: William Cooper Nell

Marcus Garvey: Look for me in the Whirlwind (Documentary)