SUPPRESSING the black vote is a very old story in America, and it has never been just a Southern thing.

In 1840, and again in 1841, the former Frederick Bailey, now Frederick Douglass, walked a few blocks from his rented apartment on Ray Street in New Bedford, Mass., to the town hall, where he paid a local tax of $1.50 to register to vote. Born a slave on Maryland’s Eastern Shore in 1818, Douglass escaped in an epic journey on trains and ferry boats, first to New York City, and then to the whaling port of New Bedford in 1838.

By the mid-1840s, he had emerged as one of the greatest orators and writers in American history. But legally, Douglass began his public life by committing what today we would consider voter fraud, using an assumed name. 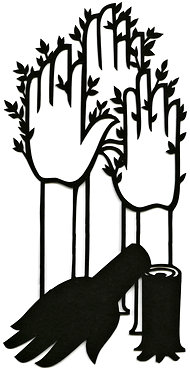 It was a necessary step: when he registered to vote under his new identity, “Douglass,” a name he took from Sir Walter Scott’s 1810 epic poem “Lady of the Lake,” this fugitive slave was effectively an illegal immigrant inMassachusetts. He was still the legal “property” of Thomas Auld, his owner in St. Michaels, Md., and susceptible, under the federal fugitive slave law, to capture and return to slavery at any time.

It was a risky move. If required, the only identification Douglass could give the registrar may have been his address in the town directory. He possessed two pieces of paper, which would only have endangered him more. One was a fraudulent “Seaman’s Protection Paper,” which he had borrowed in Baltimore from a retired free black sailor named Stanley, who was willing to support the young man’s escape.

The second was a brief three-line certification of his marriage to Anna Murray, his free black fiancée, who joined him in New York just after his escape. A black minister, James Pennington, himself a former fugitive slave, married them, but on the document he called them Mr. and Mrs. “Johnson.”Douglass was at least the fourth name Frederick had used to distract the authorities on his quest for freedom. He once remarked that a fugitive slave had to adopt various names to survive because “among honest men an honest man may well be content with one name … but toward fugitives, Americans are not honest.”

Should this fugitive, who had committed the crime of stealing his own freedom and living under false identities, have been allowed to vote? Voting reforms in recent decades had broadened the franchise to include men who did not hold property but certainly not to anyone who was property.

Fortunately for Douglass, at the time Massachusetts was one of only five Northern states that allowed suffrage for “free” blacks (the others wereVermont, Maine, New Hampshire and Rhode Island).

Blacks in many other states weren’t so lucky. Aside from Maine, every state that entered the Union after 1819 excluded them from voting. Four Northern states — New York, Ohio, Indiana and Wisconsin — had reaffirmed earlier black voter exclusion laws by the early 1850s. A few blacks actually voted in New York, but only if they could pass a stiff property qualification. The sheer depth of racism at the base of this story is remarkable, since in no Northern state at the time, except New Jersey, did blacks constitute more than 2 percent of the population.

We do not know when Douglass cast his first vote. It might have been in 1840, in the famous “log cabin and hard cider” campaign mounted by the Whig Party for its candidate, Gen. William Henry Harrison. If so, he likely supported the Liberty Party’s James G. Birney, who represented the first genuinely antislavery party, however small, in American history; it achieved some strength in the Bay State.

In 1848 he spoke at the national convention of the newly formed Freesoil Party, and after 1854, haltingly at first and later wholeheartedly, he joined and worked for the new antislavery coalition known as the Republican Party, which ran and elected Abraham Lincoln in 1860. To this day, that “Grand Old Party” still calls itself the “party of Lincoln” and still claims Frederick Douglass as one of its black founders.

And indeed Douglass saw himself as a founder of that party, but only many years after a group of English antislavery friends purchased his freedom in 1846 for £150 ($711 at the time in American dollars). Douglass was in the midst of a triumphal two-year speaking tour of Ireland, Scotland andEngland; when he returned to America in 1847, he moved to New York in possession of his official “manumission papers.” He was free and legal, eventually owned property and could vote. Valued and purchased as a commodity, he could now claim to be a citizen.

In Douglass’s greatest speech, the Fourth of July oration in 1852, he argued that often the only way to describe American hypocrisy about race was with “scorching irony,” “biting ridicule” and “withering sarcasm.” Today’s Republican Party seems deeply concerned with rooting out voter fraud of the kind Douglass practiced. So, with Douglass’s story as background, I have a modest proposal for it. In the 23 states where Republicans have either enacted voter-ID laws or shortened early voting hours in urban districts, and consistent with their current reigning ideology, they should adopt a simpler strategy of voter suppression.

To those potentially millions of young, elderly, brown and black registered voters who, despite no evidence of voter fraud, they now insist must obtain government ID, why not merely offer money? Pay them not to vote. Give each a check for $711 in honor of Frederick Douglass. Buy their “freedom,” and the election. Call it the “Frederick Douglass Voter Voucher.”

Give people a choice: take the money and just not vote, or travel miles without easy transportation to obtain a driver’s license they do not need. It’s their “liberty”; let them decide how best to use it. Perhaps they will forget their history as much as the Republican Party seems to wish the nation would.

Such an offer would be only a marginal expense for a “super PAC” — plus a bit more to cover the lawyers needed to prove it legal under federal election law — and no one would have to know who paid for this generous effort to stop fraud. Once and for all, the right can honestly declare what theSupreme Court has allowed it to practice: that voters are commodities, not citizens.

And, if the Republican Party wins the election in November, this plan will give it a splendid backdrop for next year’s commemoration of the 150th anniversary of its great founder’s Emancipation Proclamation.