Fredrick L. McKissack, who quit a career in construction to join his wife in writing more than 100 children’s books about African-American history, a piece of which his family owned as distinguished builders and architects, died on April 28 in Chesterfield, Mo., a St. Louis suburb. He was 73.

The cause was congestive heart failure, his wife, Patricia C. McKissack, said.

They began their collaboration in the early 1980s, frustrated in their own careers and hoping to make black children more aware of their history and culture.

“In those days there were so few books for and about the African-American child,” Mr. McKissack said in 2006 in a joint interview with his wife. “Black kids needed to see themselves in books.” 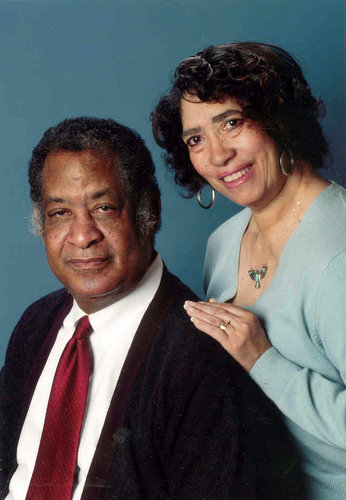 Fredrick McKissack and his wife, Patricia, were a prolific, versatile and award-winning team.

The McKissacks wrote biographies of W. E. B. Du Bois, Harriet Tubman and the black cowboy Nat Love. They wrote histories of the Pullman train porters, Negro leagues baseball and the civil rights movement. They examined the Underground Railroad, the role of black sailors in the 19th-century whaling industry and the Great Migration of blacks from the South.

Most of their books were published by Scholastic, and although Mr. McKissack was not always listed as an author, the couple always said that they were a team and accepted numerous awards jointly, including the Regina Medal from the Catholic Library Association. (Mrs. McKissack has written many award-winning works of fiction for children under her own name, including “The Dark-Thirty: Southern Tales of the Supernatural.”)

Among the couple’s better-known titles are “Christmas in the Big House, Christmas in the Quarters,” which won the Coretta Scott King Author Award in 1995; “Sojourner Truth: Ain’t I a Woman?”; “Black Hands, White Sails: The Story of African-American Whalers”; and “Days of Jubilee: The End of Slavery in the United States.”

Fredrick Lemuel McKissack was born on Aug. 12, 1939, in Nashville. His father, Lewis, and his grandfather, Moses III, were both architects. A great-great-grandfather was a member of the Ashanti tribe of West Africa who was brought to North Carolina as a slave, took the name Moses McKissack and became a master builder early in the 19th century.

Moses III and his brother Calvin formed McKissack & McKissack, widely regarded as the oldest African-American-owned architectural and construction firm in the United States. The firm’s New York office is involved in the Atlantic Yards project in Brooklyn, the transportation hub at the World Trade Center site and the expansion of Columbia University.

Fredrick McKissack joined the Marines after high school, then returned and graduated with a degree in civil engineering from Tennessee State University, where he participated in lunch-counter sit-ins to protest segregation. He moved to St. Louis after receiving a job with the Army Corps of Engineers and later started his own construction company there. He lived in Chesterfield.

In addition to his wife, the former Patricia Leanna Carwell, whom he married in 1964, his survivors include their three sons, Fredrick Jr., Robert and John; three brothers, Bill, Joel and Moses; and five grandchildren.

The McKissacks’ book writing began during a rocky time in both their working lives. Mr. McKissack’s building business was struggling, and Mrs. McKissack was unhappy in her editing career. At a favorite spot near a waterfall in Forest Park in St. Louis one day, they had an emotional conversation.

“He said to me, ‘If you could do anything in your life that you wanted to do, what would you do?’ ” Mrs. McKissack recalled on Wednesday. “I said, ‘I’d like to write a children’s book, to tell you the truth.’ He said, ‘Let’s go do that, then, and I’ll help you.’ ”

“For three or four years we thought, ‘We’re going under — what have we done?’ ” she said. “Then it all turned and the books started selling.”

While Mrs. McKissack wrote, her husband immersed himself in research.

“He was gone most of the time,” she said. “He was always into an interview trying to scrounge out some little piece of information. If I wrote, ‘Sometime in 1800,’ he wanted to get the date, the time. If he could get the weather report for that day, he would, so that I could write, ‘On a snowy day in 18 … .’ ”