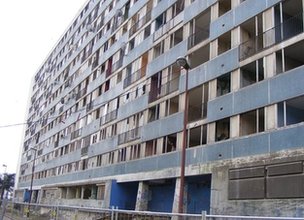 Walking through Les Bosquets market in Clichy-sous-Bois, it is easy to forget that you are in a suburb of Paris – or indeed in France itself.

With its array of exotic foods and Arab music, the market looks and sounds like a vibrant North African souk.

Next month’s French presidential vote might also be a world away. “We haven’t seen anyone campaigning here,” says Rabbah, who sells CDs.

People are aware of an election but they follow it from afar, “as if it was another country”, says local social worker Laurence Ribeaucourt.

The sense of marginalisation is deeply rooted. Clichy is one of France’s most notorious “banlieues” (suburbs), as the largely immigrant ghettos that ring the country’s cities are euphemistically called.

In October 2005 the deaths of two Clichy teenagers sparked three weeks of looting and car-burning in housing estates across France. More than six years on, residents feel as neglected as ever.

“I can’t hear anyone talking about our problems,” says Birama Fofana, a 38-year-old West African sipping a drink in Clichy’s dilapidated but popular shopping centre.

During the 2007 presidential election – when memories of the riots were still fresh – “everyone was talking about the banlieues”, Mr Fofana remembers. “Now no-one does. We have been forgotten.”

Wrong side of the track

The problems are so massive that a small spark can be enough to set things off.”

Some believe the riots have made the situation worse.

According to Diabe Sy, another immigrant, the town has become such a byword for mindless violence that locals have little hope of finding a job. “If you come from Clichy, employers believe you are a criminal,” he says.

Discrimination has been recognised as a major challenge for banlieues – where youth unemployment typically tops 40%.

In 2008, President Nicolas Sarkozy expressed anger that success in the country was dependent not on merit but “largely on your social origin, the neighbourhood where you live, your name or the colour of your skin”.

She cites the case of a student for whom she had found work experience in a bakery. When he turned up and the owner saw he was black, he was shown the door.

Besides discrimination, banlieue residents are held back by a range of social issues – poverty, drugs, family breakdown – that show no sign of easing. 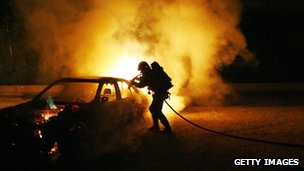 Lack of transport links means it can takes up to two hours to reach Paris – which is only 16km (10 miles) away. Many feel trapped as a result.

“It’s a bit like before [the riots in] 2005,” Ms Ribeaucourt says. “The problems are so massive that a small spark can be enough to set things off.”

To be fair, the area has not been completely neglected by the state under the Sarkozy presidency.

A 380bn euro (£320bn; $500bn) urban renewal plan is under way in the housing projects straddling Clichy and neighbouring Montfermeil. Colourful low-rise buildings have sprung up to replace the grim towers built in the 1960s.

And, in January, Interior Minister Claude Gueant opened a new police station for Clichy-Montfermeil – a long-time demand from residents in a high-crime area where police had rarely dared or bothered to venture.

Sarkozy does not like us. He is for rich people, not for the poor”

But these improvements seem unlikely to make a big difference. Oddly, many of the old towers are still standing empty beside the shiny new buildings.

The new police station, a fortress protected by riot-proof steel walls, adds to the surreal feel of Clichy-Montfermeil.

“The appearance may be changing, but the problems remain the same,” says Jean-Pierre Marchand, a trader on the market.

Take the case of Linda, a 25-year-old Algerian immigrant. She now lives in a new building. The lift works, a welcome change from the decrepit block her family lived in 18 months ago.

But the flat is expensive and small for Linda’s family – her parents, her husband, their seven-month-old baby, her sister and teenage niece. All live on her father’s disability benefits. 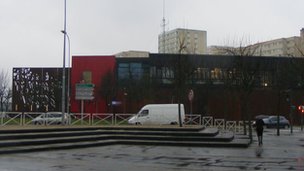 She cannot get a job because she has no working papers. Neither can her husband, Mohammed, whose temporary residency is about to run out. Their baby son, although born in France, has been denied citizenship.

“For all of us, papers are a big problem,” Mohammed says. He also unimpressed by the increased security. Young men like him, he says, are more likely to be stopped by overzealous police.

Both are hostile to President Sarkozy, a conservative who has sounded increasingly tough on immigration.

“Sarkozy does not like us,” Linda says. “He is for rich people, not for the poor. Despite his promises, he hasn’t changed a thing. He only made things worse.”

The beef with Islam

Such feelings are widespread in the banlieues, where Mr Sarkozy’s pledge as interior minister in 2005 to cleanse housing estates “with a Karcher pressure hose” still rankles.

But neither is there much enthusiasm for the main centre-left candidate, Francois Hollande. 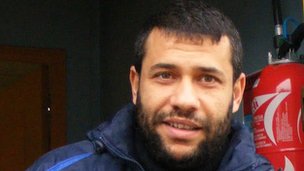 Ahmed Hadef, a youth worker and town councillor in Montfermeil, points out that the socialist-dominated Senate has recently passed a bill that would outlaw religious signs, including the Islamic scarf, from day-care centres and even at childminders’ homes, that receive state funds.

Mr Hadef says he may vote for marginal Eurosceptic candidate Nicolas Dupont d’Aignan “because he is the only one who does not attack Islam”.

Muslim-related issues have been prominent in the campaign. There have been allegations over the allegedly widespread use of unlabelled halal meat.

This has angered many Muslims. Amar Brahmi, who heads Montfermeil’s Muslim Cultural Association, argues that religion should be left out of politics, especially in a secular country like France.

Sitting in his mosque, he insists that Muslims are French citizens too and that the halal issue is being bandied about “to marginalise a section of the nation to get votes”.

Fears of Muslim communalism, however, are not confined to opportunistic politicians. Last October a report by Islam expert Gilles Keppel – whose team spent a year in Clichy and Montfermeil – noted an “intensification of Muslim identity” in suburbs and growing disengagement from a wider French society that neglects them.

The report was controversial, but the mutual indifference between the presidential candidates and Clichy residents appears to bear out some of its conclusions.

As Ms Ribeaucourt – who has spent two decades in the area – puts it: “This is a world apart.”

Engineering student, 21, 'stabbed and dismembered his roommate with knife then ate his brain and heart'