By DAVE BURKE FOR MAILONLINE

There is ‘insufficient evidence’ that a 22-year-old man was raped with a police truncheon when he was arrested by four officers last week, a police insider claimed on Thursday.

Instead, the police say the victim’s trousers ‘slipped down on their own’ and an officer’s truncheon went up his anus by accident, causing a four-inch gash in his rectum.

Violence has spread across Paris following claims that the victim, named Theo, a youth worker and talented footballer with no criminal record, was assaulted with a truncheon when he was arrested by four police officers in the Paris suburb Aulnay-Sous-Bois.

But a police source told The Local that an internal police inquiry has not found evidence that the expandable truncheon was purposefully put up Theo’s anus. 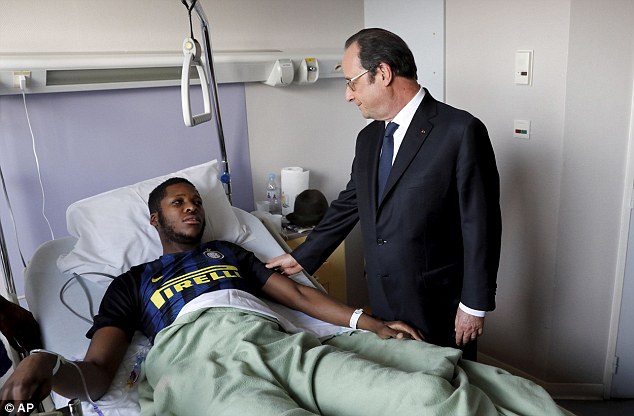 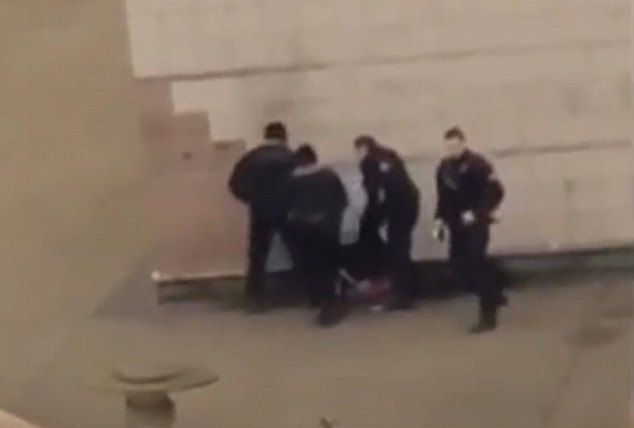 The video clip showed him on the ground against a wall surrounded by four men in the suburb of Aulnay-Sous-Bois. But a police source said video shows an officer ‘applying a truncheon blow horizontally across the buttocks with a truncheon’ and Theo’s trousers ‘slipped down on their own’

Shock has gripped France after a video, apparently showing the youth worker’s arrest last Thursday, circulated on the internet.

The video clip showed him on the ground against a wall surrounded by four men in the suburb of Aulnay-Sous-Bois.

But a police source told The Local video of the scene shows a police officer ‘applying a truncheon blow horizontally across the buttocks with a truncheon’ and Theo’s trousers ‘slipped down on their own’.

Investigators said they took into account ‘the questioning of the victim and the (police officers), eyewitness accounts and CCTV recordings’.

Following the incident, Theo required emergency surgery to repair the four-inch gash in his rectum caused by the expandable truncheon. He also suffered head trauma.

Investigators, however, concluded that ‘there are insufficient elements to show that this was a rape’. 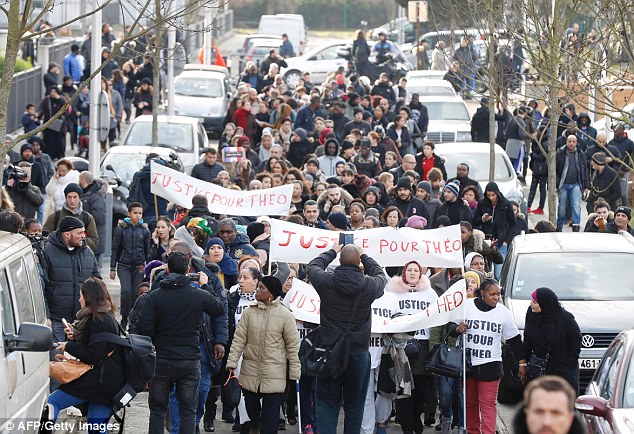 Protests have been held calling for justice for Theo, who was allegedly raped with a truncheon last Thursday 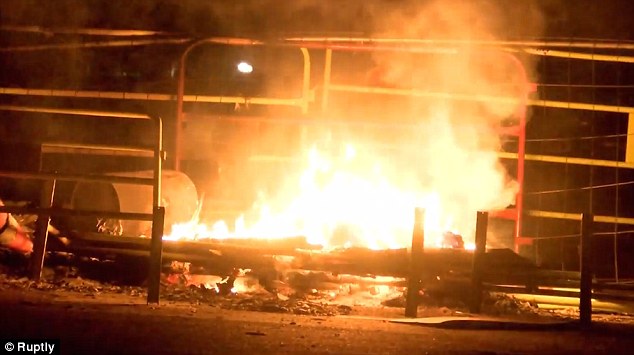 The officers have been suspended during the inquiry, with one under formal investigation for suspected rape and three others for unnecessary violence.

Police said that the neighborhoods have quieted after several nights of rioting over Theo’s arrest.

On Monday 17 people were arrested after rioting, which saw a nursery school and a car showroom set alight.

In a neighboring suburb, 28 people were detained for ‘throwing objects, lighting fires and violence’.

In northwestern france, in Nantes, 20 people were arrested during a demonstration of about 400 people in support of Theo.

Theo himself has urged people to stay calm while the investigation took place telling residents of Aulnay ‘not to go to war’. He claimed he was assaulted after police told him to stand against a wall. 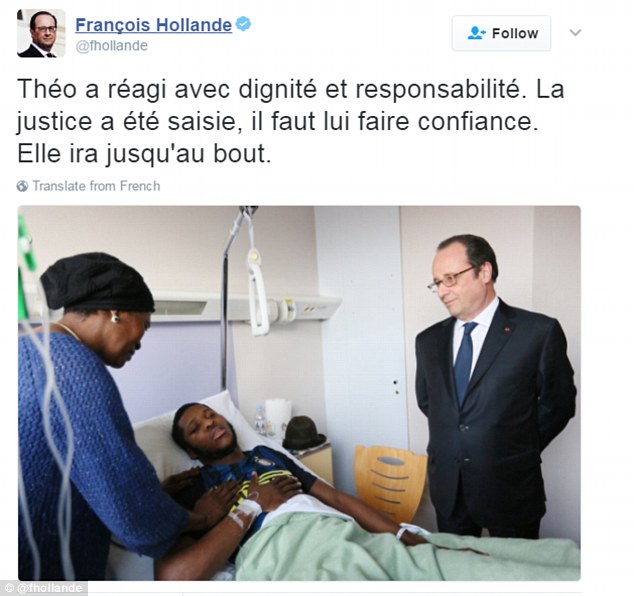 Following his visit, Hollande tweeted praising the young man’s dignity, and said he believed justice would be served

Police said they were looking for drug dealers at the time of the incident.

Hollande visited Theo on at the Aulnay hospital, where he is being treated following the attack.

After his visit, the French President tweeted that the victim had ‘reacted with dignity and responsibility’, and trusted that justice would be served.

He is understood to have been at Theo’s bedside for around half an hour.

In an interview with BFM television, Theo outlined what happened to him on Thursday.

He said: ‘I saw him with his baton. He rammed it into my buttocks on purpose. I fell onto my stomach, I had no strength left.’