America’s executions have changed dramatically over the years, morphing from daylong events in the town square to somber and tightly controlled affairs held deep inside prisons.

Driving the change was the quest for a less gruesome — even less painful — method of execution.

Along the way, the public saw less of what happens when the state puts an inmate to death. 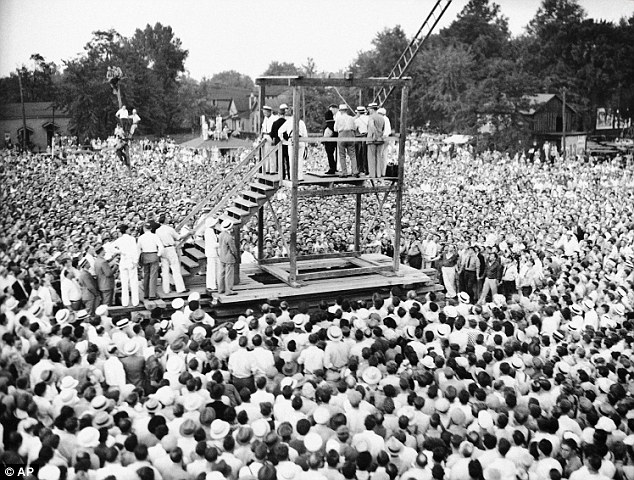 End of an era: In this 1936 file photo, the last public execution in the U.S. is shown, gathering a massive crowd in Owensboro, Kentucky. Today executions are held indoors and out of the public eye 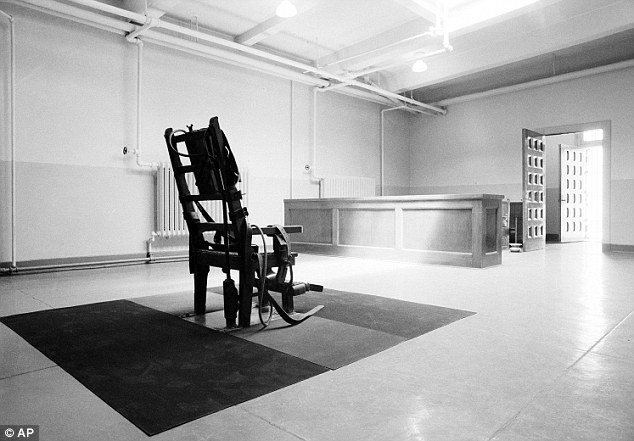 Inside: With Thomas Edison’s work with electricity, helping develop the electric chair, executions were moved indoors and out of the public, with one seen in the Death House of Sing, Sing Prison in Ossining, N.Y. in 1968

Today, nearly all of the 34 states that use lethal injection restrict access to half of every execution, shielding from view the portion when the condemned enters the death chamber and the IV lines are inserted.

In early America, hanging was the standard.

By the 1800s, politicians were growing concerned that the atmosphere had grown too festive. 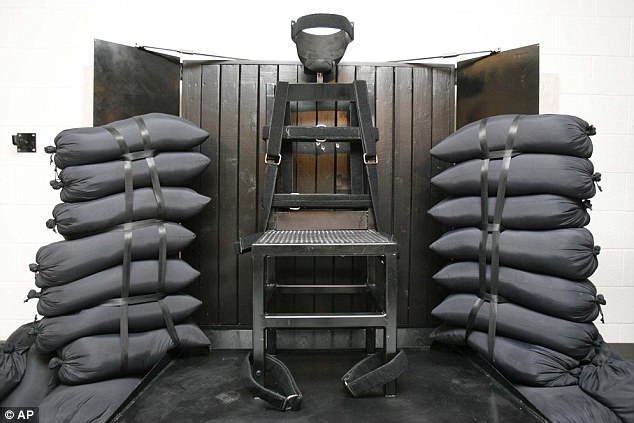 Firing squad: The execution chamber at the Utah State Prison is seen in 2010 after a man was executed by firing squad, the bullet holes visible in the wood panel behind the chair’s center 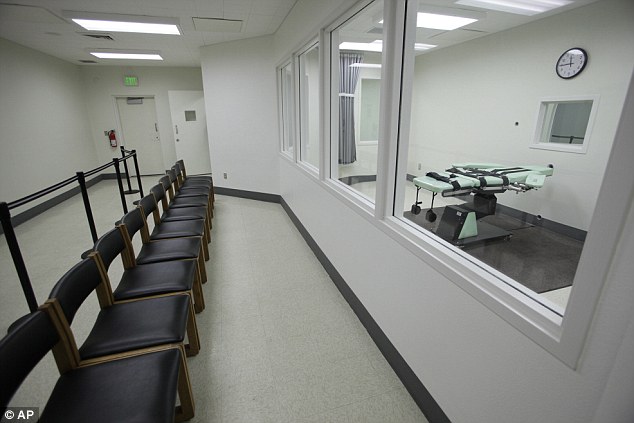 Lethal injection: A witness gallery is seen inside the lethal injection facility at San Quentin State Prison in San Quentin, Calif, the most prevalent method of execution today though not without its concerns 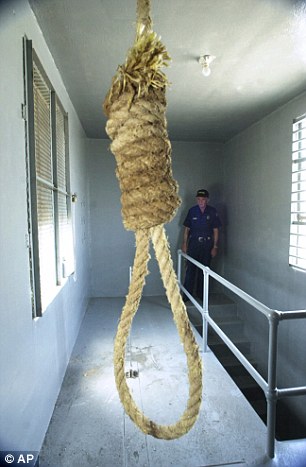 Today: A noose hangs in the execution chamber at the Caldwell Parish Courthouse in Columbia, La in 2001, a lesser and more private practice due to its occasional slow or graphic death

Spectators sometimes got more violence than they bargained for. If the hanging rope was too short, the condemned would slowly suffocate. If it was too long, he would be beheaded.

Over the following decades, another development began to affect the way people viewed pain: anesthesia.

Doctors were using it to keep their patients from feeling pain, and that made them used to the idea that pain was avoidable, said Stuart Banner, a legal historian and professor with UCLA’s School of Law.

And that made it more difficult for people to watch others dying in painful ways, he said.

The search for a less painful way to die was on.

When Thomas Edison patented a system to distribute electricity in 1880, death penalty proponents pushed electrocution as a painless death and states began to adopt the electric chair.

The new technology meant executions needed to be moved indoors, said Seitz, because it would be dangerous to execute someone using electricity in a rainy prison courtyard.

Reporters were among the witnesses and could describe the deaths to the public.

The electric chair, however, brought a new kind of botched execution, with some condemned inmates catching fire and others surviving the first jolt of electricity.

Today, lethal injection is the most prevalent method in the U.S. Like other methods, it too has drawn criticism, including whether the lethal drugs are effective and whether the execution staff is properly trained.

28 yr. old Student from Gambia, Africa was gunned down during gas station robbery