A Georgia sheriff running for re-election is in some hot water after a photo of him wearing a Ku Klux Klan costume surfaced this week.

Cherokee County Sheriff Roger Garrison said he has no affiliation with the group and the photo surfaced this week was taken during a Halloween party about 25 years ago.

‘I don’t deny it wasn’t stupid, looking back now,’ Mr Garrison told WSBTV.‘But there again I say, what 21 or 22-year-old in this world hasn’t made some stupid mistakes?’ 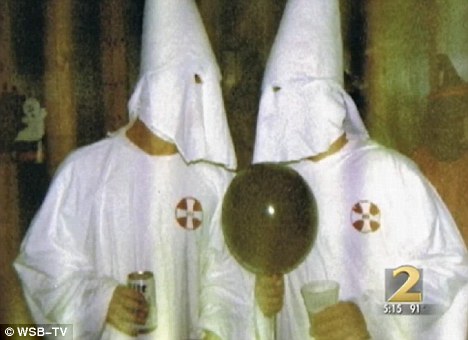 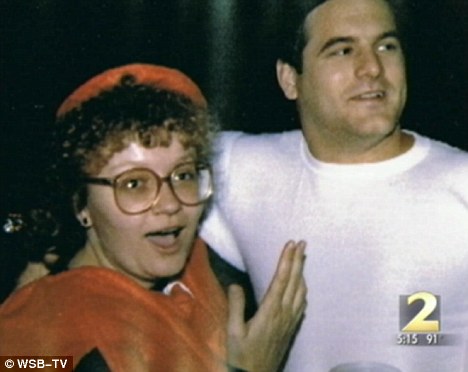 Identified: With the first photo was this second, showing the sheriff in his 20s without the white hood at what he says was a Halloween costume party

The photo, along with a second showing him with the hood removed, were presented to the television station through a source that wished to remain anonymous.

The photos show Mr Garrison standing on the left of another white-cloaked man while holding what appears to be a black balloon in one hand and a beverage in the other.

He says the costumes were inspired by a scene in the movie Blazing Saddles and have no connection to him and the organization identified as a hate group by the Anti-Defamation League and the Southern Poverty Law Center.

With Mr Garrison’s coming election next month, his opponent, David Waters, says he knew about the photos and was in fact shown them about a year ago, but he wasn’t the one who presented them this week. 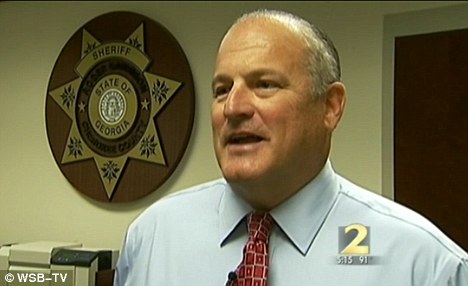 No relation: Seen today, Mr Garrison admits his costume choice as having been a foolish one but affirms having never had actual ties or agreement with the group 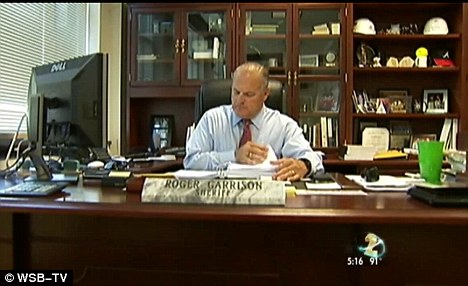 Re-election: Seen in his office, Mr Garrison is up for re-election next month against an opponent who says he knew about the photos a year ago but wanted no relation to them

‘It is a bad judgement call,’ Mr Waters told the station, ‘and [that] type of clothing represents hate. And I certainly don’t want any part of that,’ he said, saying he’d prefer to focus on his own campaign.

‘This is just the lowest of the low to infer whatever they’re attempting to infer there,’ he said while adding, ‘everybody knows everything about my life.

‘I would just ask that they look at my honour and my integrity and the things we’ve done for this sheriff’s office.’

WSB-TV said they were able to contact one individual who was at that Halloween party and recalled people being surprised by the costumes.

In Mourning, Malawi Swears In a New President

Across country, GOP pushes photo ID at the polls