In our series of letters from African journalists, Ghanaian Elizabeth Ohene considers the changing reception Africans receive when travelling to the West.

I had quite forgotten what indignities come with travelling on a Ghanaian passport.
I am on some travels currently and I was given the full Ghana passport treatment at Heathrow Airport in London and a slightly better one at one of the New York airports.
The immigration official at Heathrow was not satisfied that I needed a whole week in the UK to do whatever I wanted to do.

By the time he stamped my passport and let me through, there was nothing attractive or welcoming about London”

He was not persuaded that I had any friends of much worth in the country and I was questioned closely about the possibility of my seeking work.

Images of a 60-something-year-old Miss Ohene serving hamburgers at a fast food restaurant flashed through my head.
I think after he took a closer look at me he changed his tack and embarked upon another string of questions that would show I was trying to enter the UK to live illegally and to make use of their social security benefits.
By the time he stamped my passport and let me through, there was nothing attractive or welcoming about London and if I did not have urgent business to conduct, I would have taken his advice and left the UK after a day.
A week later I presented myself with much trepidation to the US Border and Customs Protection official at the airport.
‘Exuding energy’
This time around it was my luggage that was more the centre of interest.
I was “randomly” selected and my suitcase put through a scanner as I was questioned about whether I was sure I had no food, what about smoked fish, surely a few snails, palm oil? 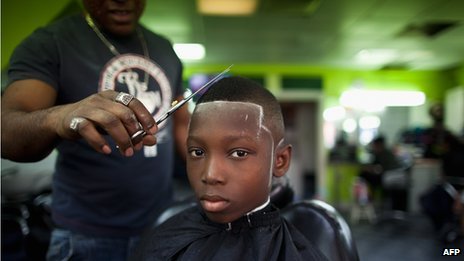 Many people of Ghanaian origin live and work in the UK

Now, none of this is really new and in my years of travel around the world on a Ghanaian passport, I know it comes with the territory.
But I am thinking about my recent airport difficulties only because of an encounter I had with an interesting Ghanaian immigrant here in New York this past week.

There are probably thousands of such Ghanaians around the world with similar hair-raising and captivating stories.

Let us call my new friend Gabon. He tells his story with disarming charm and honesty.
Gabon’s route from Ghana to the US was, to put it mildly, interesting.
He does not talk about how he left Ghana but he and a group of friends certainly arrived in Egypt, then they went to Israel.
They worked there, came back to Egypt, some went to Qatar, others to Kuwait, back to Egypt and he finally got to the US.
And for the past 20 years he has built and run a thriving business.
He exudes energy and he knows all there is to know about his line of trade.
Eternal shame
As Gabon talked, I tried to imagine him at the airport being questioned by the immigration officer some 20 odd years ago.
I wondered how he managed to convince the official to let him in. 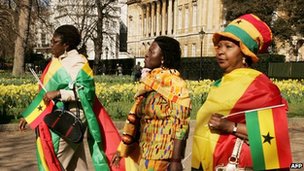 He had no money, but he had a lot of enthusiasm and a determination to succeed and here he is today, still not very fluent in the English language but with a small successful business.
Looking at Gabon, I felt sad that there was now such a fear of “foreigners” and potential immigrants in the UK and the US.
The immigration official who allowed him in about two decades ago did America a world of good.
This man is certainly an example of why the US has succeeded as a country.
And it is to our eternal shame in Ghana that such a person did not feel there was room for him to make it in his home country.
But who knows, maybe now that it is less and less likely that such enterprising people will be allowed in the traditional target countries, they will stay on in Ghana and other such countries and make a success of their homes.