The anchor announced last month that she has MDS, a blood and bone marrow disease once known as preleukemia.

She said her ‘wonderful, wonderful friends’ Barbara Walters, Diane Sawyer and Katie Couric would step in for her, while she’s away from the ABC morning show. 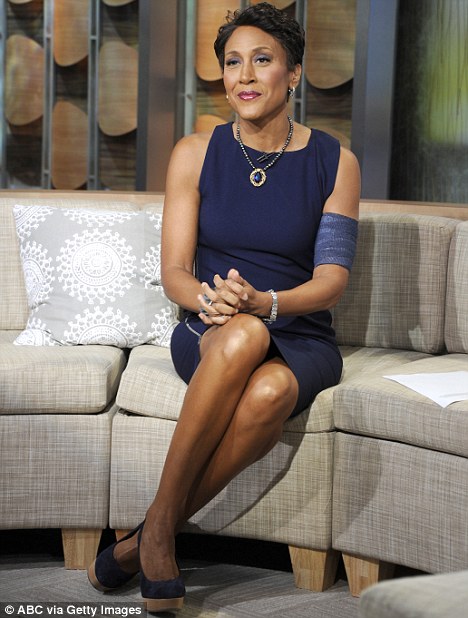 On Thursday, Ms Roberts told reporters that her leave would ‘most likely’ start at the end of August or early September.

‘It’s fascinating-slash-scary how to prepare yourself for something like this,’ she said, appearing by satellite from ABC’s studios in New York.

When asked how she’s feeling, she replied, ‘I do go through moments of fatigue.’

Ms Roberts listed Barbara Walters, Diane Sawyer and Katie Couric among her ‘wonderful, wonderful friends at ABC News’ who will be subbing for her.

While talk-show host Kelly Ripa and panelists from the ABC talk show ‘The View’ were also named. 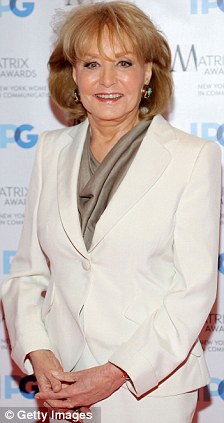 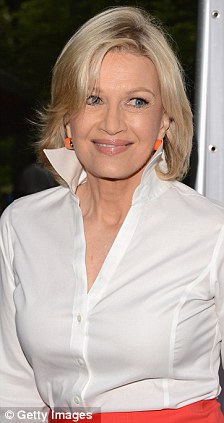 Friends: Ms Roberts said her ‘wonderful, wonderful friends’ Barbara Walters, left, and Diane Sawyer, right, will be subbing for her

‘The run that we’ve had has truly energized me,’ she said. ‘It’s pretty good medicine, I gotta say, to be taking!’

In particular, ABC was crowing on Thursday that, for the first time in 17 years, ‘GMA’ had seized first place among total viewers – almost 4.6 million vs. 4.25 million for ‘Today’ – as well as tying ‘Today’ for first place in the 25- to 54-year-old demographic, each with 1.74 million.

Then, several weeks ago, ‘GMA’ snapped the ‘Today’ winning streak, ‘and stood there alone for the first time in 16 years to get its own gold medal.’ 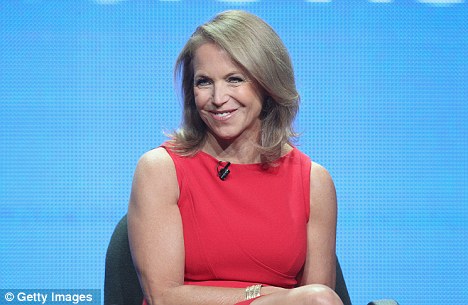 Replacement: Katie Couric, pictured, will be among the women filling in for Ms Roberts when she is on leave

‘And after 879 weeks running behind in younger viewers, 25-to-54,’ Sherwood went on, ‘GMA’ is ‘standing there at the gold-medal podium, unbelievably in an actual statistical tie with the previous champs.’

ABC News Chief Investigative Correspondent Brian Ross speculated on the air about the political ties of the alleged gunman, James Holmes, erroneously identifying him as a member of the tea party.

Declaring, ‘That particular moment didn’t live up to the standards and practices of ABC News,’ he said, ‘I take responsibility for it. The news division knows how displeased I am about it. And we will do everything we can to prevent it ever happening again.’