A man who is allegedly a former Goldman Sachs employee was critically injured when police say he was punched in the face for spewing racist epitaphs at a black couple dining at an outdoor cafe in New York City Friday.
Dennis Reddish, 25, and his girlfriend, who are both African-American, were sitting at Benny’s Burrito on Greenwich Avenue in the West Village just before 6pm when a white man drunkenly stumbled into their table.
The New York Post reported that when Reddish got up to help, the inebriated stranger began making racially charged remarks. 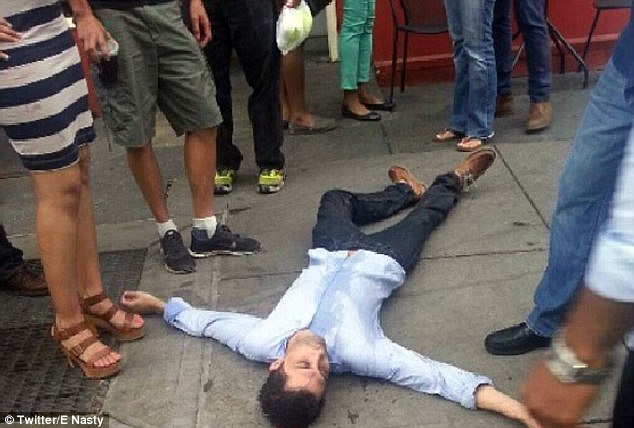 Knockout punch: A well-dressed white man in his 30s was punched in the face in the West Village after he was heard hurling racist epitaphs at a black couple dining in an outdoor cafe

At one point, witnesses told the New York Daily News that the man said: ‘You n*****s are why I lost my job.’ Witnesses earlier said he claimed to have recently lost a job at Goldman Sachs.
Another source told the Post that the unnamed man was also heard saying in reference to Reddish, ‘This n****r wants to fight me!’.

In response, police say the 25-year-old diner punched the insolent man in the face, causing his to fall backwards and hit his head on the concrete curb. 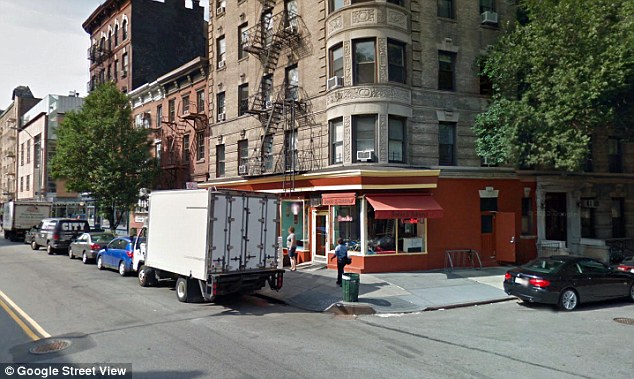 Dinnertime fracas: The altercation took place at Benny’s Burrito on Greenwich Avenue in the West Village


Photos taken by eyewitnesses show the knocked-out man dressed in a button-down shirt and jeans lying supine on the pavement, with blood trickling from his skull.

‘He was out cold. I thought he was dead,’ Benny’s employee Robert Garcia told the Post. 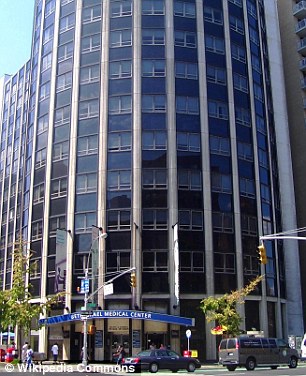 Aftermath: The man was taken to Beth Israel Medical Center in critical condition

Reddish reportedly attempted to strike the unconscious man a second time, but he was held back by restaurant staff.
When the 25-year-old alleged assailant noticed that the drunken man was bleeding profusely from the head, he took off on foot, leaving his girlfriend behind, according to police.

Officers who responded to the scene caught up with Reddish a short time later on West 10 Street and had him charged with assault, according to CBS New York.
According to a woman who had exchanged a few words with the intoxicated stranger just before the incident, he told her that he was upset because his wife had left him and he had lost his job at Goldman Sachs, the Post reported.

MailOnline attempted to contact the firm Saturday afternoon about the incident, but no one was available for comment.
The knocked-out man, believed to be in his 30s, was taken to Beth Israel Medical Center, where he is listed in critical condition.
Read more: http://www.dailymail.co.uk/news/article-2362700/Drinker-claimed-fired-Goldman-Sachs-employee-wife-leaving-critical-getting-knocked-spewing-racist-remarks.html#ixzz2YyBQhmxv

Shop worker, 22, has 50 orgasms a day and is even turned on by her mobile phone