A golfer in Long Island has been charged after he yelled racial slurs at two other players and attacked one with a golf club on Tuesday.
Grant Smith, who is white, had his meltdown on the White Course at Eisenhower Park in East Meadow, New York.
According to reports, he approached two black men, 66 and 65, and demanded that he be allowed to play through. 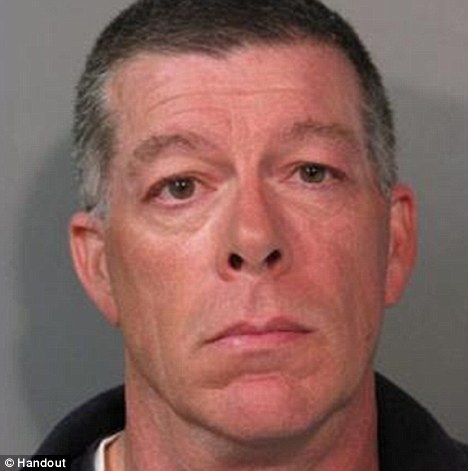 Smith, 48, allegedly kept shouting at the men, telling them they didn’t have any golf etiquette.
‘I said, “if you were courteous, I would have allowed you to go through, but after this, no,'” one told NBC4, asking that his name be withheld.

He said he then made an obscene gesture at Smith, who became angry and approached the pair on the fifth hole moments later, yelling at them, including using the ‘n-word’ three times.
‘After the third one, he grabbed his club… came up to us and swung the iron and hit my buddy in the leg,’ the man said. 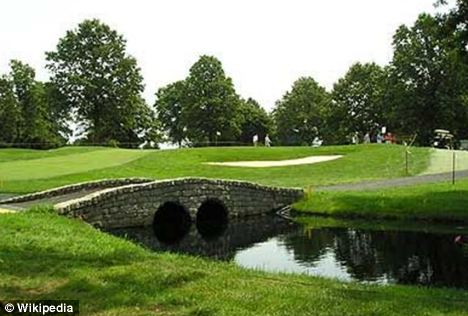 Smith had his meltdown on the White Course at Eisenhower Park in East Meadow, New York

The impact broke the head off the club, and police said Smith then threatened to stab the victims with the broken club before fleeing.
Smith was arrested Thursday at his home in Long Beach. He was charged with assault, assault as a hate crime and two counts of menacing as a hate crime.

He pleaded not guilty in court on Friday and is being held on $50,000 bond.
A judge issued orders of protection for the two attacked golfers.
The 65-year-old was treated at Nassau University Medical Center for a contusion to his calf.
Read more: http://www.dailymail.co.uk/news/article-2308804/Golfer-goes-crazy-attacks-African-American-players-club-calls-n—letting-through.html#ixzz2QSkFPPH5