By TA-NEHISI COATES
Published: March 6, 2013
Last month the actor Forest Whitaker was stopped in a Manhattan delicatessen by an employee. Whitaker is one of the pre-eminent actors of his generation, with a diverse and celebrated catalog ranging from “The Great Debaters” to “The Crying Game” to “Ghost Dog: The Way of the Samurai.” By now it is likely that he has adjusted to random strangers who can’t get his turn as Idi Amin out of their heads. But the man who approached the Oscar winner at the deli last month was in no mood for autographs. The employee stopped Whitaker, accused him of shoplifting and then promptly frisked him. The act of self-deputization was futile. Whitaker had stolen nothing. On the contrary, he’d been robbed.
The deli where Whitaker was harassed happens to be in my neighborhood. Columbia University is up the street. Broadway, the main drag, is dotted with nice restaurants and classy bars that cater to beautiful people. I like my neighborhood. And I’ve patronized the deli with some regularity, often several times in a single day. I’ve  sent my son in my stead. My wife would often trade small talk with whoever was working checkout. Last year when my beautiful niece visited, she loved the deli so much that I felt myself a sideshow. But it’s understandable. It’s a good deli.


Since the Whitaker affair, I’ve read and listened to interviews with the owner of the establishment. He is apologetic to a fault and is sincerely mortified. He says that it was a “sincere mistake” made by a “decent man” who was “just doing his job.” I believe him. And yet for weeks now I have walked up Broadway, glancing through its windows with a mood somewhere between Marvin Gaye’s “Distant Lover” and Al Green’s “For the Good Times.”
In modern America we believe racism to be the property of the uniquely villainous and morally deformed, the ideology of trolls, gorgons and orcs. We believe this even when we are actually being racist. In 1957, neighbors in Levittown, Pa., uniting under the flag of segregation, wrote: “As moral, religious and law-abiding citizens, we feel that we are unprejudiced and undiscriminating in our wish to keep our community a closed community.”
A half-century later little had changed. The comedian Michael Richards (Kramer on “Seinfeld”) once yelled at a black heckler from the stage: “He’s a nigger! He’s a nigger! He’s a nigger!” Confronted about this, Richards apologized and then said, “I’m not a racist,” and called the claim “insane.”
The idea that racism lives in the heart of particularly evil individuals, as opposed to the heart of a democratic society, is reinforcing to anyone who might, from time to time, find their tongue sprinting ahead of their discretion. We can forgive Whitaker’s assailant. Much harder to forgive is all that makes Whitaker stand out in the first place. New York is a city, like most in America, that bears the scars of redlining, blockbusting and urban renewal. The ghost of those policies haunts us in a wealth gap between blacks and whites that has actually gotten worse over the past 20 years. 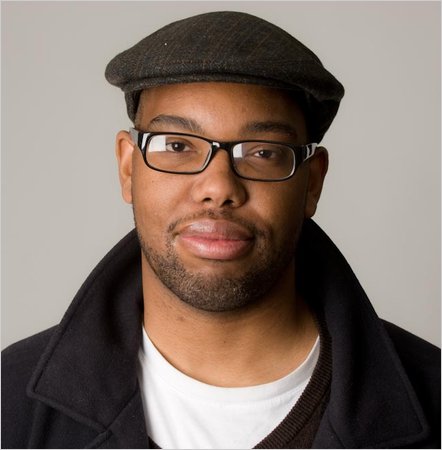 TA-NEHISI COATES of The Atlantic


But much worse, it haunts black people with a kind of invisible violence that is given tell only when the victim happens to be an Oscar winner. The promise of America is that those who play by the rules, who observe the norms of the “middle class,” will be treated as such. But this injunction is only half-enforced when it comes to black people, in large part because we were never meant to be part of the American story. Forest Whitaker fits that bill, and he was addressed as such.
I am trying to imagine a white president forced to show his papers at a national news conference, and coming up blank. I am trying to a imagine a prominent white Harvard professor arrested for breaking into his own home, and coming up with nothing. I am trying to see Sean Penn or Nicolas Cage being frisked at an upscale deli, and I find myself laughing in the dark. It is worth considering the messaging here. It says to black kids: “Don’t leave home. They don’t want you around.” It is messaging propagated by moral people.
The other day I walked past this particular deli. I believe its owners to be good people. I felt ashamed at withholding business for something far beyond the merchant’s reach. I mentioned this to my wife. My wife is not like me. When she was 6, a little white boy called her cousin a nigger, and it has been war ever since. “What if they did that to your son?” she asked.
And right then I knew that I was tired of good people, that I had had all the good people I could take.
Ta-Nehisi Coates, a senior editor at The Atlantic, is a guest columnist. Nicholas D. Kristof is on book leave.

The Idea From Europe That Could Revolutionize Child Support