What can you know about Gordon Parks by looking at his photos? He was a sophisticated photographer and one of the most eloquent voices for the poor and oppressed in the middle part of the 20th century. He was a lover of beauty, particularly in women, and he knew how to tell a good story (both in photographs, film and in a conversation between friends). You can easily discern these things by looking at his work. If you can find the images.

Though he was quite famous for being a filmmakerand the first African-American photographer for Life magazine, until this year, the 100th anniversary of his birth, most of his photographs, except for a few iconic images, were not widely known. That’s changing this week as the publisher Gerhard Steidl’s famed presses print “Gordon Parks: Collected Works,” a comprehensive five-volume collection of Mr. Parks’s photographs.

Covering his career from the Farm Security Administration in the early 1940s to his later Life magazine photo essays, the collection reveals the depth of his talent and his mastery of the photo essay form. There are more than 900 plates and more than 1,200 pages, including his brilliant fashion photographs and portraits as well as a full volume of the actual Life magazine spreads. More than a third of the images have never been published before. 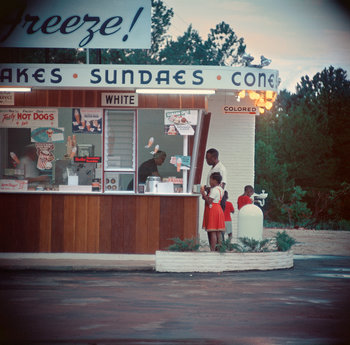 The handsome boxed set will retail for $285 and includes essays by Henry Louis Gates Jr., Deborah Willis, Maurice Berger, Bobby Baker Burrows and the co-editors Peter W. Kunhardt Jr. and Paul Roth. It is being produced in partnership with The Gordon Parks Foundation. The foundation’s mission is to preserve, protect and promote Mr. Parks’s work and to help young artists through grants and scholarships.

Just as his fame as a magazine photographer was reaching its peak in the early 1970s, he stopped being mainly a photographer and became a filmmaker. Mr. Parks published five autobiographies, although there were few books that showed the depth and breadth of his work. Outside of the photo essay “Flavio,” of a young boy living in extreme poverty, and dying of tuberculosis in a slum outside Rio de Janeiro , it is mainly Mr. Parks’s individual images that are known. When he edited his work for exhibits or books he usually picked just a few of the best images from a few stories. 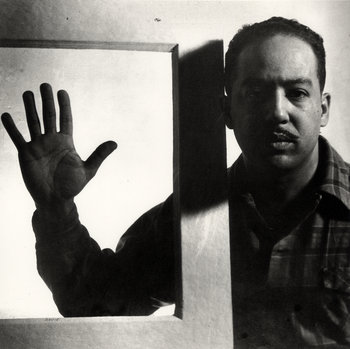 “I think people anecdotally know that Gordon Parks is a great photo essayist, but most people have never seen all of his picture essays,” said Mr. Roth, who is the senior curator of photography at the Corcoran Gallery of Art in Washington. “And of course they were Life picture essays so they weren’t always full edits, full actualizations, of the stories,” he said.

Mr. Parks often explored the effects of hatred, bigotry and poverty — subjects he knew firsthand from his childhood — as Mr. Gates writes in his essay:

Born on Nov. 30, 1912, in Fort Scott, Kan., Gordon Parks was the youngest of the 15 children of Andrew Jackson Parks, a tenant farmer, and Sarah Ross, a maid. He came into a world defined by grinding poverty and the pervasive racism of Jim Crow America — and like virtually all African-Americans at the time, his early years predicted only more of the same. Growing up, Parks witnessed the gruesome murders of childhood friends; the early passing of his brother Leroy; the rampant discrimination that pervaded Fort Scott (a place he called “the Mecca of bigotry” in his autobiography, “A Hungry Heart“); and worse.

Mr. Parks returned to Fort Scott for Life in 1949 to photograph what happened to eight people he went to school with (Slides 7 to 11). In this autobiographical photo essay, you not only see the segregated town where Mr Parks grew up, but also how his life might have been different if he hadn’t left Fort Scott, at 14, after his mother died. 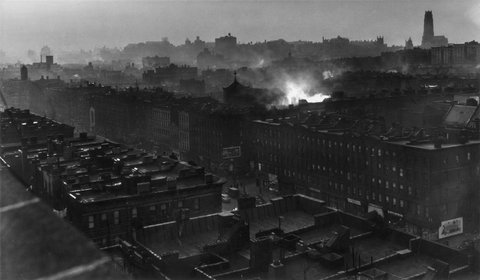 “Gordon Parks: Collected Works” also has an extended edit of his first photo essay for Life, which was published under the headline “Harlem Gang Leader: Red Jackson’s Life Is One of Fear, Frustration and Violence.” Mr. Parks spent months with Mr. Jackson and produced a remarkably in-depth piece that Ms. Willis — an author, curator and chairman of the photography department at Tisch School of the Arts at New York University — wrote about in Volume 2:

It was about street bravado, and death among members of the Midtowner gang in Harlem. The opening image draws the readers’ attention to the words on the page. Parks’ photograph is a two-page spread, in black-and-white, of a gritty skyline of Harlem at dusk. The panoramic view includes rooftops, chapels, high-rise buildings, and brownstones [above]. A portrait of the sixteen-year-old gang leader and Golden Gloves boxer, Red Jackson, is inserted on the page [Slide 13]; he is framed looking intently away from the camera and through a broken windowpane at the street below. A cigarette hangs between his lips, and his interior fear is palpable with the close framing. Here, Parks shows the remarkably handsome Red in a reflective mood; in the other photographs in the series, he appears daring and in control. Bewilderment is intimated through the high contrast of light and shadow. The emotionally charged photographs show the stark realities of death and the possibility of dying, but also respect, love, strength, and honor. Paradoxically, they embody the beauty of a close-knit group of young men, some with hope, others looking for brotherhood.

There are also beautiful portraits, extraordinary fashion photos and joyous images of life in Europe by someone who, clearly, really enjoyed life. Despite his focus on societal wrongs, Mr. Parks was an optimist and a humanist.

In an essay republished in the boxed set, Gordon Roger Alexander Buchanan Parks wrote: “The pictures that have most persistently confronted my camera have been those of crime, racism and poverty. I was cut through by the jagged edges of all three. Yet I remain aware of imagery that lends itself to serenity and beauty, and here my camera has searched for nature’s evanescent splendors.”

The five-volume set by Steidl brings Mr. Parks’s images to the fore, where we can revel in their immediacy and beauty. It allows us to see beyond his fame as the first black photographer for Life and the first black director to make a Hollywood-backed film, and helps clarify Mr. Parks’s legacy as a photographer and as a person. Mr. Kunhardt, co-editor and executive director of the foundation, described him in his foreword in Volume 1: “Parks’ genius, I think, was based on the respect and trust he brought to his subjects. He lived with many of the people he photographed — sometimes in the harshest conditions. ‘I have to live with a family,’ he said, ‘so they accept me as a person, as a big brother, or uncle — so that they have confidence in me and I have love for them. And it is a lasting love.’ ” 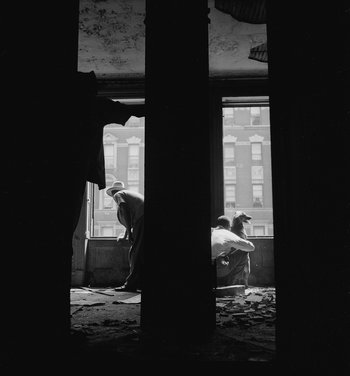