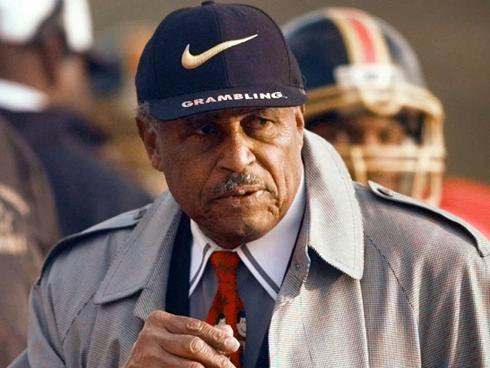 An attorney for the city of Grambling, La., has asked the NCAA infractions committee to vacate some of Joe Paterno’s record 409 Division I victories.

Grambling is the home of Grambling State University. Coach Eddie Robinson led Grambling to 408 victories during his career with the Tigers, a total that was passed by Paterno less than two weeks before he was fired as the Jerry Sandusky child sex abuse scandal broke.

City attorney Pamela Breedlove said she filed the request with the approval of Mayor Edward Jones because the university is such a valued and important part of the city. The Shreveport (La.) Times first reported the request.

Breedlove said she did not have an opinion about how many victories should be vacated. The three-page request she sent to the NCAA details the city’s position, which says that the Freeh Report’s conclusions are enough evidence to give the record back to Robinson.

“We just believe that you would want to associate the record with someone who had the character of coach (Eddie) Robinson,” Breedlove said. “Especially now that we’ve come to realize how bad things really were (at Penn State).”

NCAA spokesman Amy Kudwa Dunham confirmed that the letter had been received, but added that the “issue is not before the infractions committee at this time.” She declined additional comment.

The school president at Grambling neither endorsed nor dismissed the idea.

“Grambling State University is a proud institutional member of the city of Grambling, Louisiana and a proud member of the NCAA,” Frank G. Pogue said in a statement. “We are as passionate about Coach Eddie Robinson’s legacy as anyone. This is an NCAA matter.”

Robinson, who died in 2007, had 45 winning seasons during his career that spanned more than half a century.