The grandmother and teenage mother of a three-week-old girl have been charged with suffocating the baby to death while muffling her cries as they hid from police.

Pamela Davis, 39, allegedly showed the baby’s 14-year-old mother how to place her hand over the baby’s mouth to stifle her screams as they hid in a crawl space under her Chicago, Illinois home.

After allegedly covering her mouth for around 30 minutes, they noticed the child was unresponsive – and she died in hospital three days later. 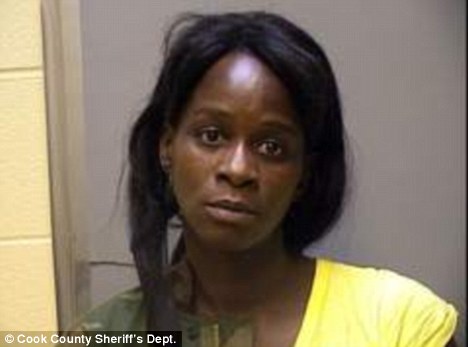 Charged: Pamela Davis, 39, allegedly held her hand over her granddaughter’s mouth to stifle her cries as she hid with the baby’s mother from police

The baby’s mother, who cannot be identified as she is a juvenile, had come to Davis’ home with the child on August 13 after getting into a fight with her own mother and running away.

Davis, whose son was the father of the baby, welcomed the girl into her home and when her mother knocked the next day, they refused to answer.

The woman later returned with police, prosecutors said. Davis told her son and his girlfriend to take the baby and hide in the crawlspace, they said.

When they crawled under the home, Davis allegedly showed the teenage girl how to cover the baby’s mouth to keep her from crying.

Davis left the crawlspace and, when she returned, kneed the baby in the head, attorneys told the Chicago Sun Times. 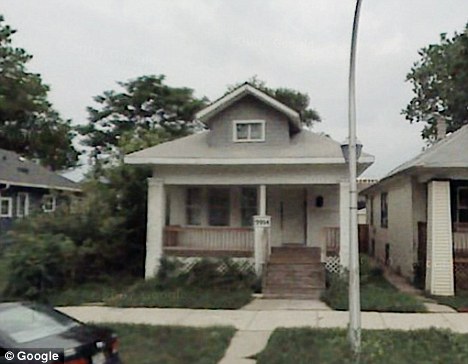 Scene: Davis was in her home’s crawlspace with the 14-year-old mother when police came looking for the teen, who had run away from her own mother’s house

The grandmother then allegedly held her hand over the youngster’s face for 10 minutes; when she took it away, the baby was crying even louder so she ‘placed both hands over her face and applied pressure for about 20 minutes’, a police report noted.

When the four eventually crawled back out, baby Emonie had blood coming from her nose was was unresponsive.

Her teenage mother noticed the blood and carried the baby through an alley to a nearby home, where residents called the police.

When paramedics arrived, they noted the girl was not breathing and had no pulse. 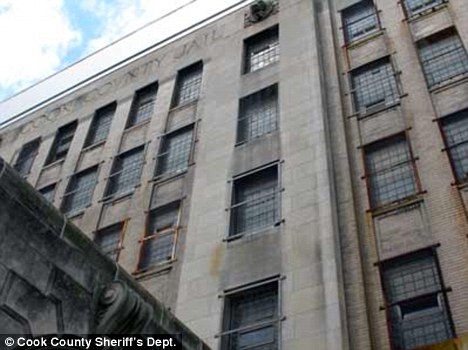 Locked up: Davis admitted she had held her hand over the three-month-old baby’s mouth and remains at the County Cook Jail, pictured

She was taken to the University of Chicago Medicine Comer Children’s Hospital and died three days later.

Davis admitted she had put her hands over the child’s mouth to keep police from hearing her, police said after her arrest on Monday.

She was held at the Cook County Jail on $250,000 bail for endangering the life of a child and causing her death.

Emonie’s mother was also charged as a juvenile in connection to the death.

The grandmother had a prior misdemeanor conviction for endangering the life of a child, assistant state’s attorney Wendy Caceres said.