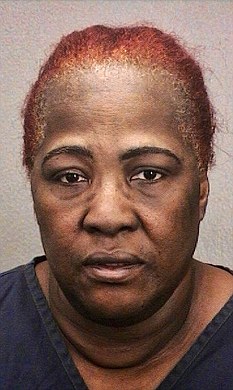 Arrested: Shirley Mathis, 58, was arrested for chaining her 19-year-old grandson to his bed

A grandmother is accused of keeping her mentally-ill grandson chained to his bed with only a bucket to relieve himself claiming she did it for his own safety.

When Shirley Mathis, 58, from Coral Springs, was arrested, she told police she wanted the 19-year-old to stop burglarizing nearby homes.

He was discovered after an anonymous call was made to an abuse hotline and police investigating found the teen chained to his bed.

They later discovered he was being treated this way for the last three years.

His younger brother was also locked in the room with him.

Child welfare investigators from the Florida Department of Children and Families and the Broward Sheriff’s Office found the victim restrained in his bedroom with a heavy gauge metal link chain which was secured with five locks to a metal bunk bed frame.

The other end was secured around his waist with a combination padlock.

Police said the room had a strong smell of urine and the floor and mattress were covered in plastic. 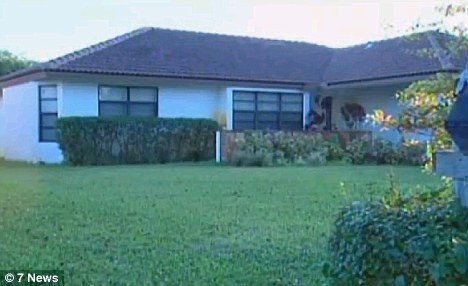 House: A Coral Springs woman says she kept her mentally challenged grandson chained to his bed for his own safety so he wouldn’t burglarise other homes 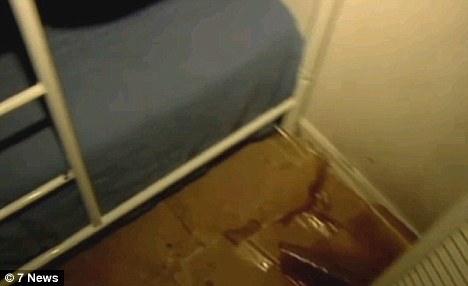 Bedroom: Her grandson was allegedly chained to the bunk bed with a padlock with only a bucket to relieve himself. The mattress and floor were covered in plastic

The alleged victim and his 14-year-old brother would be locked in the room every night with only the bucket to relieve themselves in.

After bonding out of jail, Mathis told WSVN Channel 7 she loves her grandson and kept him chained up so he wouldn’t burglarize nearby homes.

She said: ‘I only loved him. I never abused him. It was for his own good and his own health and his own safety.’

Mathis was actually out of the state on a trip with her fiance when investigators checked on the children.

She arranged for a family friend to come over every night and lock them up and then in the morning to let them out again.

Police arrived at the home at 2.45pm and the 19-year-old was still allegedly chained to the bed. 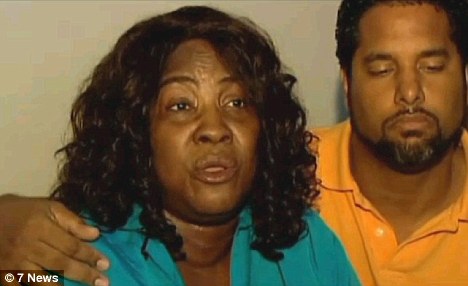 Out on bond: The 58-year-old told WSVN that she did it because she loves her grandson and it was for his own safety

Coral Springs Police Lt Joe McHugh said: ‘It was very disturbing when I walked in to see a human being chained to bedpost as if he was an animal.

‘He was in a fog and confused about everything.’

The victim is said to have a history of mental illness and post traumatic stress disorder. He told police that he deserved to be chained to the bed and the restraints were for his own good.

The police report said: ‘He said he would leave the home in the middle of the night and break into neighboring homes to steal food if he was not chained.’

‘It was very disturbing when I walked in to see a human being chained to bedpost as if he was an animal. He was in a fog and confused about everything’

The teen attempted to attack an officer with a broken broomstick when he was being questioned and became increasingly agitated when he was told he could not speak to his grandmother.

He was taken to a nearby hospital.

An officer wrote about the teen: ‘Based on my investigation, it appears [he] suffers from a developmental disability and/or mental illness to the point that his ability to perform the normal activities of daily living are restricted.’

The bedrooms of the alleged victim’s sister and grandmother were also under lock and key.

When she returned from her trip, Mathis admitted she had been chaining her grandson to the bed every night since a 2008 incident when he robbed a home in the neighbourhood to steal food, according to the Huffington Post.

She at first denied locking the fridge and pantry but was later forced to admit it.

Mathis said the family’s landlord threatened to evict them if the teen caused another problem, and she told WSVN that when the boy was previously in the care of his mother, the mother would lock him in a closet, where he would eat his own feces.

The teen’s brother and sister refused to cooperate with the investigation, both telling police the 19-year-old deserved to be chained to the bed.