Loretta Robinson, of South Carolina, was crushed when she received the news that her son was killed by a drunken driver. But that was not the end of her suffering.

Not long after the tragic accident, she was issued a bill for the cost of cleaning up her son’s blood from the road.

A coroner called Robinson last June and told her that her oldest son, Justin Walker, died when his car was struck by a drunken driver on White Horse Road in Greenville, the TV station WYFF reported. 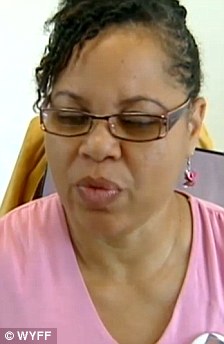 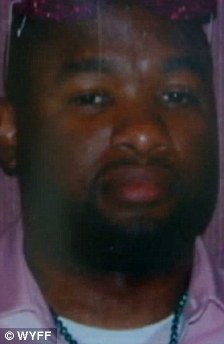 Tragic: Loretta Robinson (left) was devastated when a coroner called her last June, telling her that her oldest son, Justin Walker, (right) died in a car wreck

‘I never would have imagined getting that call,’ she tearfully recalled. ‘Never in one million years expected that.’

On Tuesday, the driver, Anna Gonzalez, tearfully entered a guilty plea for causing the fatal accident as Robinson looked on, a button with her dead son’s photo pinned to her pink shirt.

The grieving mother then showed the judge the many bills she has had to pay in connection with the accident scene, even though her son was not at fault. 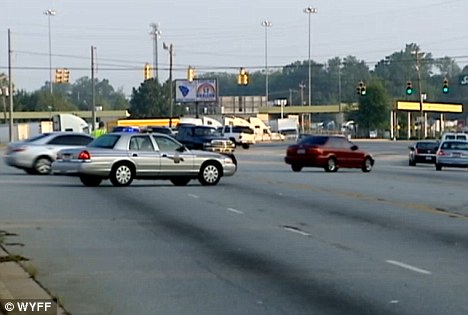 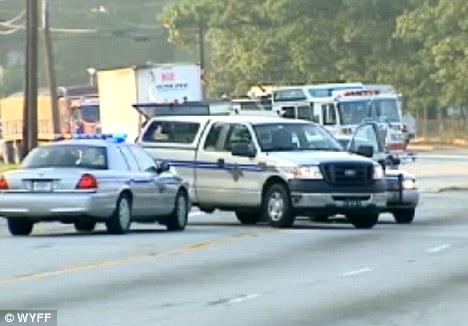 Insult to injury: Robinson had to pay for storage of the wrecked car in case of a trial 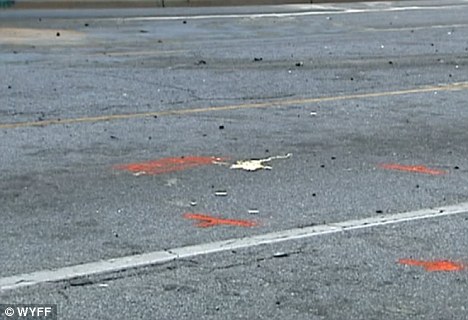 Blood money: The grieving mother was issued a bill to cover the cost of cleaning up her son’s blood from the road

Robinson said she paid to have the wrecked car stored for months, in case there was a trial.

Mrs Robinson said that was the bill that stung the most – paying $50 to have the street washed. 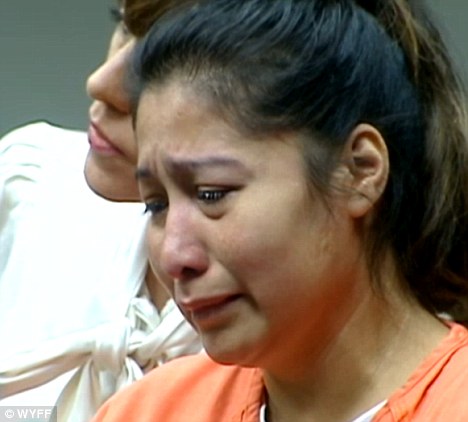 Guilty: Anna Gonzalez, who is in the U.S. illegally, was sentenced to 17 years in prison for causing the fatal crash

‘First of all, having to open the mail and look at the charge to the deceased, Justin Darryl Walker — the deceased! It’s just a hard thing to deal with in the context of your child,’ she said.

Robinson said she has had a hard time working because of the emotional effects of the accident, and having bills keep on arriving when she has no income is very frustrating.

The State Office of Victims Assistance has provided Robinson with some money, but it mainly covers funeral, medical and counseling expenses.

Robinson said she does not expect she will get a dime from Gonzalez, who has been sentenced to 17 years in prison. 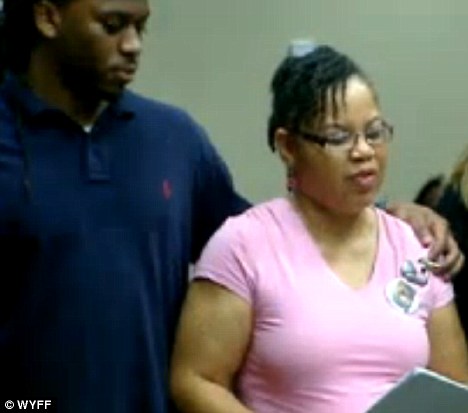 Struggling: Robinson said in court that she has had a tough time working since the accident because of the emotional toll it took on her

Although Gonzalez was an illegal immigrant that has lived in the U.S. for 12 years, she has never obtained a South Carolina driver’s license.

‘We have to be able, as a country, to figure out a way with people here who are illegal and commit crimes,’ Robinson said.