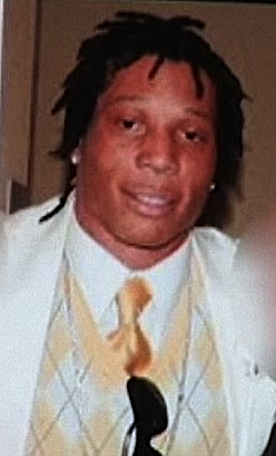 The Transportation Security Administration identifies many, many official threats to our skies, from contact lens solution to gel shoe inserts to throwing stars. Even in the wake of the “Underwear Bomber,” though, boxer shorts have been considered generally safe — unless, that is, as New Mexico safety Deshon Marman discovered Wednesday at San Francisco International Airport, airline personnel can see a little bit too much of them:

On Wednesday, San Francisco police got a call about 9 a.m. that someone was exposing himself outside a US Airways gate, Sgt. Michael Rodriguez said.

An airline employee spotted Marman before he boarded Flight 488, bound for Albuquerque, and complained that Marman’s pants “were below his buttocks but above the knees, and that much of his boxer shorts were exposed,” Rodriguez said.

The employee asked Marman to pull up his pants before he boarded the plane, but he refused, Rodriguez said. Marman allegedly repeated his refusal after taking his seat on the plane.

“At that point he was asked to leave the plane,” Rodriguez said. “It took 15 to 20 minutes of talking to get him to leave the plane, and he was arrested for trespassing.” Marman allegedly resisted officers as he was being led away.

Rodriguez told a local TV station that the 5-foot-11, 195-pound Marman, 20, “was not threatening anybody directly,” but the airline’s dress code forbids “indecent exposure or inappropriate” attire, and “being disruptive” in any fashion once on the plane may interfere with the crew. He was charged with trespassing, battery and resisting arrest, and was being held on $11,000 bail ahead of a scheduled arraignment Thursday afternoon.

Marman’s mother told the San Francisco Chronicle that her son was in “an emotionally raw state” after attending the funeral of a recently murdered high school friend on Tuesday, and was targeted by authorities “because of the way he looks – young black man with dreads and baggy pants.” She also said that Marman, an incoming juco transfer to New Mexico from the City College of San Francisco, hoped to honor his friend’s memory by making it to the NFL. She called him “a good kid trying to make it, and he’s going through a lot. And then this happens.” For what it’s worth, his official New Mexico bio describes Marman as a “true leader with a winning mentality.”

Thus ends the initial account of one of the dumbest incidents ever recorded on this site, which is saying a lot. There’s plenty to go around. There’s Marman, wearing a potentially provocative outfit in a very public place and (allegedly) defying people with the authority to haul him off a plane and into a cell over something as trivial as his pants. There’s security, seemingly creating a very real problem with significant consequences from an exceedingly small or nonexistent problem that presented no real threat and could have been prevented much earlier. There’s the predictable cesspool of racist comments beneath the story everywhere else it appears Thursday morning on the web.

Personally, I feel a little dumber for having spent a portion of my morning on it, and for actually feeling compelled to offer this parting advice, applicable to any situation you can possibly encounter in life: When in doubt, always pull your pants up.

Can Republicans Change Their Spots?