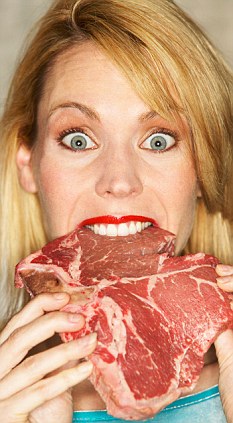 Artificial, lab-grown steaks that taste and feel just like the real thing could be round the corner thanks to a 3D printing breakthrough.

The technique could also be used to create working artificial organs for transplant.

Bioengineers can already make 2D structures out of tissue – but attempts to make organs or larger piece of meat usually lead to sludge.

University of Pennsylvania researchers have found that 3D printing ‘templates’ of sugar and growing meat over them can create living artificial ‘organs’ with blood vessels.

So far, one of the major roadblocks to making the jump from 2D to 3D is keeping the cells within large structures from suffocating.

The new technique works by printing organs ‘inside out’ so that the blood vessels are printed first, then flesh is grown around them.

‘Sometimes the simplest solutions come from going back to basics,’ Miller said.

‘I got the first hint at this solution when I visited a Body Worlds exhibit, where you can see plastic casts of free-standing, whole organ vasculature.’

This rapid casting technique hinged on the researchers developing a material that is rigid enough to exist as a 3D network of cylindrical filaments but which can also easily dissolve in water without toxic effects on cells.

After much testing, the team found the perfect mix of material properties in sugar.

‘We tested many different sugar formulations until we were able to optimize all of these characteristics together,’ Miller said. 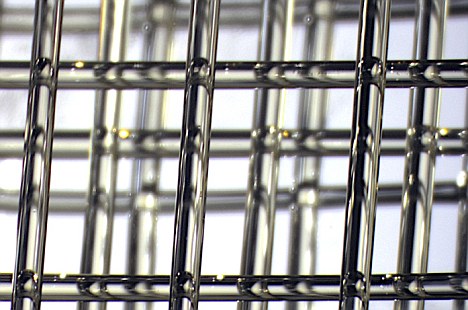 The team focused on growing organs ‘inside out’ – printing a ‘grid’ of soluble sugar to create a template, then growing blood vessels, then living flesh

‘Since there’s no single type of gel that’s going to be optimal for every kind of engineered tissue, we also wanted to develop a sugar formula that would be broadly compatible with any cell type or water-based gel.’

The whole process is quick and inexpensive, allowing the researchers to switch with ease between computer simulations and physical models of multiple vascular configurations.

‘This new platform technology, from the cell’s perspective, makes tissue formation a gentle and quick journey,’ Chen said, ‘because cells are only exposed to a few minutes of manual pipetting and a single step of being poured into the molds before getting nourished by our vascular network.’

The researchers showed that human blood vessel cells injected throughout the vascular networks spontaneously generated new capillary sprouts to increase the network’s reach, much in the way blood vessels in the body naturally grow.

The team then created gels containing primary liver cells to test whether their technique could improve their function.

When the researchers pumped nutrient-rich media through the gel’s template-fashioned vascular system, the entrapped liver cells boosted their production of albumin and urea, natural components of blood and urine, respectively, which are important measures of liver-cell function and health.

There was also clear evidence of increased cell survival around the perfused vascular channels.

‘The therapeutic window for human-liver therapy is estimated at one to 10 billion functional liver cells,’ Bhatia said. ‘With this work, we’ve brought engineered liver tissues orders of magnitude closer to that goal, but at tens of millions of liver cells per gel we’ve still got a ways to go.

‘More work will be needed to learn how to directly connect these types of vascular networks to natural blood vessels while at the same time investigating fundamental interactions between the liver cells and the patterned vasculature. It’s an exciting future ahead.’

Woman locked in a cupboard for a decade by her aunt, while being beaten and forced to have sex