NBA star Nate Robinson was escorted from a basketball game last night after a gunman into the crowd and shot five people.

The former New York Knicks guard was watching a game at the legendary Rucker Park in Harlem when shots rang out just before 11pm.

It happened during the annual Entertainers Basketball Classic, an exhibition match that has featured several NBA superstars. 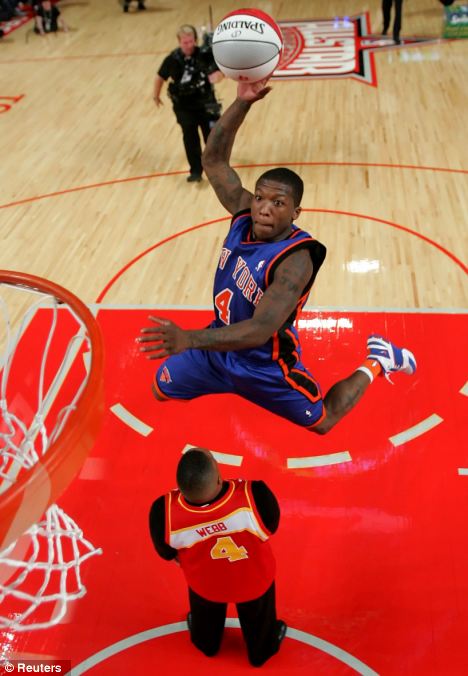 Witness Rodney Harris Jr, 47, who was 5ft from the incident, told the New York Post: ‘All of a sudden the game stopped because an argument broke out in the stands.

‘The next thing you know one guy reaches into his pants pocket and pulled out a gun. He fired one shot into the crowd and then another.’

Mr Harris’s friend’s son was playing in the game and was shot in the ankle.

‘He was just an innocent bystander. It scared the living daylights out of me,’ he said.

Mr Harris said the gunman ran outside the park onto the corner before shooting a couple more rounds..

Robinson was at the game but didn’t play. Witnesses said he was escorted out.

The victims – who did not suffer life-threatening injuries – were taken to area hospitals, police said.

Police said it was not immediately clear what sparked the violence.