By DAILY MAIL REPORTER
PUBLISHED: 23:10 EST, 20 November 2012 | UPDATED: 23:18 EST, 20 November 2012
The nation’s largest group of obstetricians and gynecologists says birth control pills should be sold over the counter, like condoms, without prescriptions or doctor’s exams.
Tuesday’s surprise opinion from these gatekeepers of contraception could boost longtime efforts by women’s advocates to make the pill more accessible.
But no one expects the pill to be sold without a prescription any time soon: A company would have to seek government permission first, and it’s not clear if any are considering it. 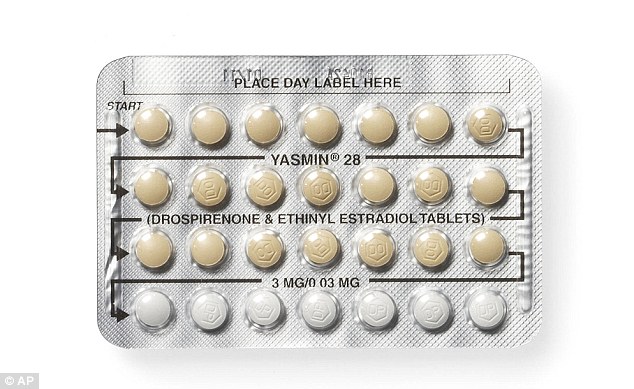 Game change: The nation’s largest group of obstetricians and gynecologists says birth control pills should be sold without prescription or medical exam

Plus there are big questions about what such a move would mean for many women’s wallets if it were no longer covered by insurance.
Still, momentum may be building.
Already, anyone 17 or older doesn’t need to see a doctor before buying the morning-after pill – a higher-dose version of regular birth control that can prevent pregnancy if taken shortly after unprotected sex.
Earlier this year, the Food and Drug Administration held a meeting to gather ideas about how to sell regular oral contraceptives without a prescription, too. 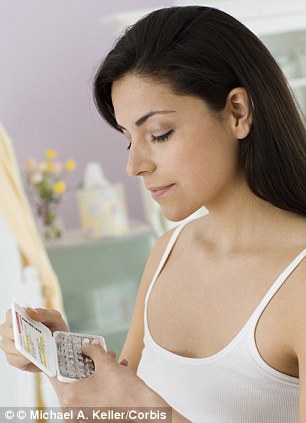 Not so fast: A company manufacturing birth control pills would have to seek government permission before offering them over the counter, and it’s not clear if any are considering it

Now the influential American College of Obstetricians and Gynecologists is declaring it’s safe to sell the pill that way.
Half of the nation’s pregnancies every year are unintended, a rate that hasn’t changed in 20 years – and easier access to birth control pills could help, said Dr. Kavita Nanda, an OB/GYN who co-authored the opinion for the doctors group.
‘It’s unfortunate that in this country where we have all these contraceptive methods available, unintended pregnancy is still a major public health problem,’ said Nanda, a scientist with the North Carolina nonprofit FHI 360, formerly known as Family Health International.
Many women have trouble affording a doctor’s visit, or getting an appointment in time when their pills are running low – which can lead to skipped doses, Nanda added.
If the pill didn’t require a prescription, women could ‘pick it up in the middle of the night if they run out,’ she said. ‘It removes those types of barriers.’
Tuesday, the FDA said it was willing to meet with any company interested in making the pill nonprescription, to discuss what if any studies would be needed.
Then there’s the price question. The Obama administration’s new health care law requires FDA-approved contraceptives to be available without copays for women enrolled in most workplace health plans.
If the pill were sold without a prescription, it wouldn’t be covered under that provision, just as condoms aren’t, said Health and Human Services spokesman Tait Sye.
ACOG’s opinion, published in the journal Obstetrics & Gynecology, says any move toward making the pill nonprescription should address that cost issue. Not all women are eligible for the free birth control provision, it noted, citing a recent survey that found young women and the uninsured pay an average of $16 per month’s supply.
The group didn’t address teen use of contraception. Despite protests from reproductive health specialists, current U.S. policy requires girls younger than 17 to produce a prescription for the morning-after pill, meaning pharmacists must check customers’ ages. Presumably regular birth control pills would be treated the same way.
Prescription-only oral contraceptives have long been the rule in the U.S., Canada, Western Europe, Australia and a few other places, but many countries don’t require a prescription.
Switching isn’t a new idea. In Washington state a few years ago, a pilot project concluded that pharmacists successfully supplied women with a variety of hormonal contraceptives, including birth control pills, without a doctor’s involvement. The question was how to pay for it.
Some pharmacies in parts of London have a similar project under way, and a recent report from that country’s health officials concluded the program is working well enough that it should be expanded.
And in El Paso, Texas, researchers studied 500 women who regularly crossed the border into Mexico to buy birth control pills, where some U.S. brands sell over the counter for a few dollars a pack.
Over nine months, the women who bought in Mexico stuck with their contraception better than another 500 women who received the pill from public clinics in El Paso, possibly because the clinic users had to wait for appointments, said Dr. Dan Grossman of the University of California, San Francisco, and the nonprofit research group Ibis Reproductive Health.
‘Being able to easily get the pill when you need it makes a difference,’ he said.
Read more: http://www.dailymail.co.uk/news/article-2236108/Gynecologists-support-plan-make-birth-control-pills-available-counter-slash-astronomical-rates-unintended-pregnancies.html#ixzz2Cu5rSXZD

Indigenous African Tribe fighting for their lives in Libya (video)